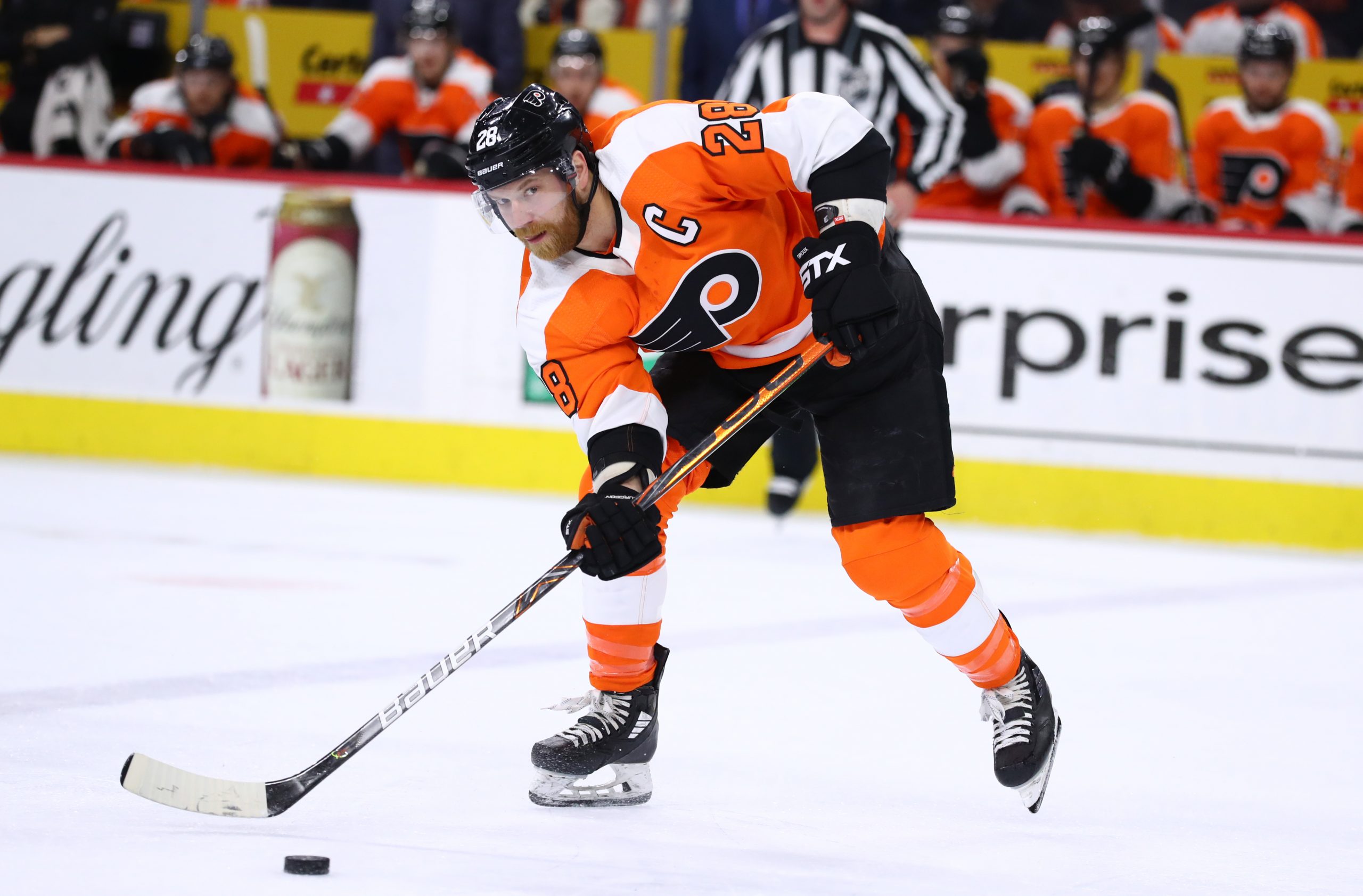 Claude Giroux and Carter Hart were the heroes for the Philadelphia Flyers on Saturday night as they extended their winning run to nine games.

Giroux scored a pair of goals while Hart made 38 saves as Alain Vigneault’s team took down the Buffalo Sabres 3-1 at the Wells Fargo. Hart improved his home record to 20-2-2 this season white the Flyers picked up their 25th home victory.

After a scoreless first period, it was Giroux who scored the Flyers opening goal of the game. The captain finished with a back hand from close range at the 10:04 mark for his 20th goal of the season.

Dominic Kahun leveled the game for the Sabres with 3:06 remaining in the second period, scoring his 12th goal of the season. Kahun’s wrister beat Hart after Victor Olofsson and Marcus Johansson were credited with the assists.

It was Giroux who would score the go-ahead and eventual winning goal, beating Carter Hutton for his second of the game. For the second time, Jakub Voracek and Travis Sanheim were credited with the assists as Giroux extended his current point streak.

Joel Farabee scored his first goal since being recalled from the Lehigh Valley Phantoms, icing the result for the Flyers with 5:11 remaining. The winger stole the puck from Hutton and scored his eighth goal of the season.

The Flyers were definitely pushed by the Sabres, who remain in the race for a playoff spot. However, the Flyers remained level with the Washington Capitals with 89 points this season following Washington’s 5-2 win over the Pittsburgh Penguins on Saturday afternoon.

Up next is a home showdown with the Atlantic Division leaders Boston Bruins on March 10th before a visit to the Tampa Bay Lightning two days later.