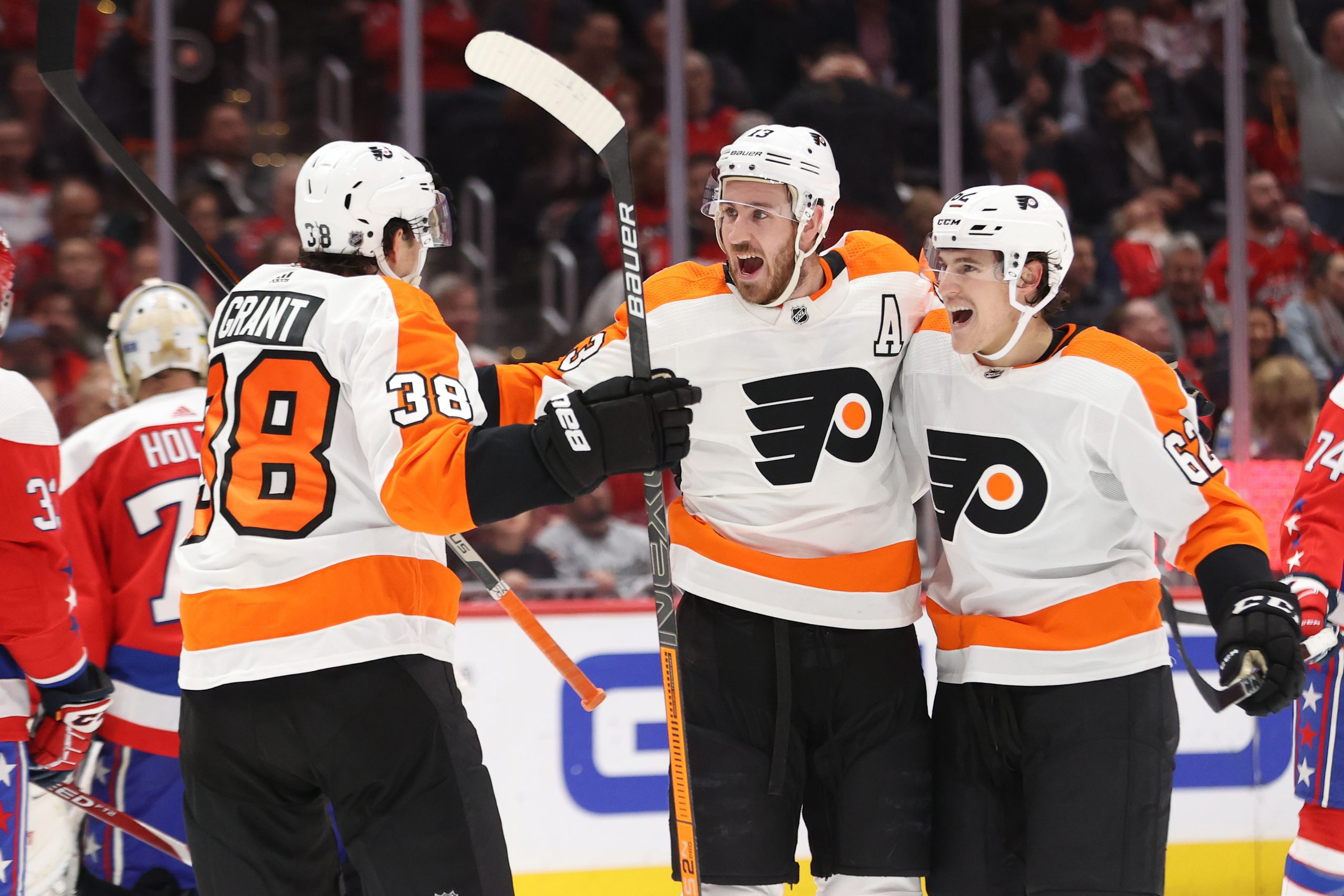 With the Philadelphia Flyers currently waiting to see if the 2019-20 NHL season will continue at some point, it hasn’t stopped numerous players from having strong campaigns.

Alain Vigneault’s team has already exceeded expectations in the head coach’s first season with the Flyers, propelling them to second in the stacked Metropolitan Division and among the NHL’s best overall. Should the NHL season continue, the Flyers will definitely be a threat in the Stanley Cup race after knocking off numerous cup contenders in the regular season.

Travis Konecny and Ivan Provorov have been two of the top Flyers performers this season, with some other players sneaking in as well.

Here’s a closer look at the top five Flyers performers this NHL season: 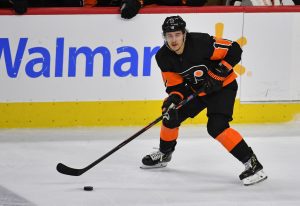 At the age of 22, Konecny is rapidly evolving into one of the top young players the NHL has to offer.

Sure, he may not have the point totals of Connor McDavid, Nathan MacKinnon, or Leon Draisaitl, but Konecny is a player that Flyers fans should love for years to come. A gritty winger who isn’t afraid to mix it up, Konecny was the Flyers lone All-Star game representative after a strong start to the season.

Konecny leads the Flyers with 24 goals this season while also leading them with 61 points. He’s second with 37 assists and also first on the team with 23 power-play points. It’s been an all-around strong season for Konecny who continues to lead by example both on and off the ice. Should the Flyers return to play this season, Konecny will be one of the main pieces to a strong run with 12 games remaining. 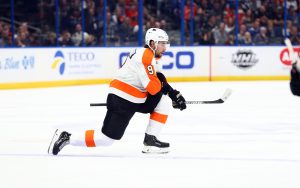 Another young player that is blossoming into one of the best at his position, Ivan Provorov has taken another step forward in 2020.

The Russian defenseman has shown glimpses of what can be expected out of him and the rest of the position going forward. Provorov is seventh on the Flyers roster with 36 points and tied for first with seven power-play goals.

Not only can he be physical against some of the league’s top attacking players, but he has shown the ability to get up ice and show off his playmaking abilities too. Provorov earned a lengthy contract last offseason from GM Chuck Fletcher and has been living up to expectations so far this season. He will be the face of the Flyers back end for years to come. 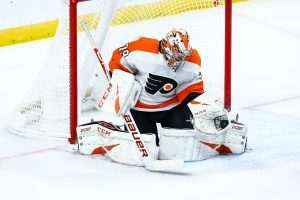 Thriving in his second NHL season, Carter Hart has taken the reigns of the No. 1 goalie spot in Philadelphia.

Hart, 21, is ninth in the NHL this season with 24 wins with 20 of those coming at the Wells Fargo Center this season. The Canadian youngster is becoming one of the top young goaltenders in the league and is doing so with a good mix of veterans and young defenders in front of him.

Hart has made 1,100 saves this season which is the first fewest among goaltenders who have made at least that many this season. He has also posted a 2.42 GAA and a .914 save percentage, up there with some of the best goaltenders in the league.

His road form, along with the Flyers in general will need to continue improving if he wants to be a consistent goaltender both at home and away. However, Hart was given an early chance last season to get a taste of the NHL and since has become one of the most entertaining shot-stoppers in the world. 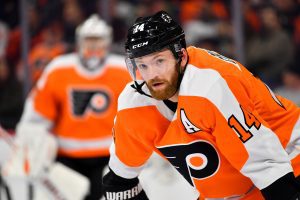 One of the more underrated players in the NHL, Sean Couturier is the favorite to win the Selke award, given to the league’s top defensive forward.

Couturier has continued to put in a lot of defensive work for the Flyers this season, going up again the best attacking players the league has to offer. He has helped shut down the likes of Alexander Ovechkin, Nathan MacKinnon, Evgeni Malkin, and others this season, especially at the Wells Fargo Center.

The 24-year-old is second on the Flyers with 59 points, third with 22 goals, and third with 37 assists. He leads the team with a +21 and is willing to play on any line that Vigneault needs him at. Couturier is looking ever more likely to be the future captain of the team when Claude Giroux heads towards retirement or possibly another team down the road.

Good two-way counterman are hard to find in today’s NHL, but the Flyers have one of the best in Couturier. 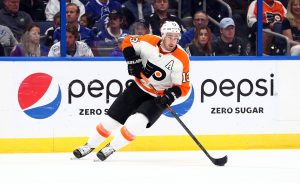 The offseason acquisition of forward Kevin Hayes has been one of the best in the NHL this season.

Hayes, who came from the Winnipeg Jets after only 20 games played in Canada, has become a fan favorite for his ability to score goals in numerous ways. The veteran forward is fifth on the Flyers roster with 41 points, but second with 23 goals and first with four shorthanded goals.

Another gritty forward who isn’t afraid to stir up the pot with opponents, Hayes has bounced around the offensive lines and continued to make an impact whether it’s scoring goals or using his physical presence on the Flyers forecheck.

Hayes is eight points away from tying his career-high for points in a season (49) and looks very likely to surpassing that if the season resumes this Spring.