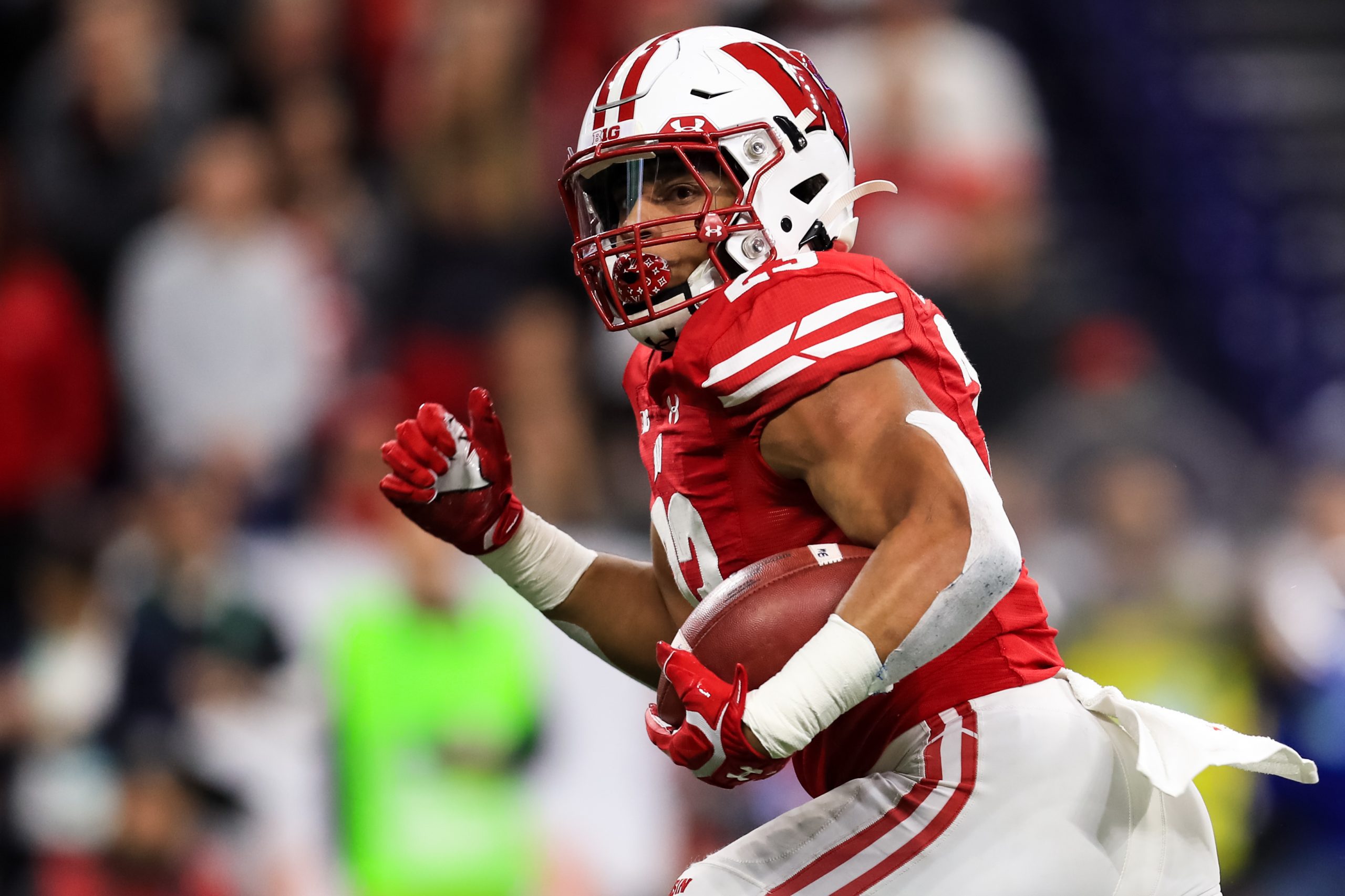 With just two-and-a-half weeks until the 2020 NFL Draft, the Philadelphia Eagles will be looking to bolster their roster in a number of areas.

Wide Receiver is certainly one of those positions after Howie Roseman did not pull the trigger on any free agent options so far. However, the loss of Jordan Howard to Miami and Darren Sproles to retirement means the Eagles are thin at veteran experience at the running back position.

2019 rookie running back Miles Sanders broke out for 1,327 yards and six total touchdowns last season, but will need some help in 2020 and beyond. With the Eagles failing to add any veteran options via free agency, it looks like Doug Pederson’s team could add another young talent to pair with Sanders this coming season.

Boston Scott and Elijah Holyfield also round out the current RB corps for the Eagles, but the offense will need more than them if they want to be one of the best running teams in 2020.

Here’s a closer look at one running back in each round the Eagles should consider: 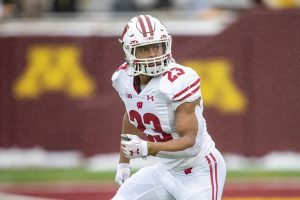 It’s very unlikely that the Eagles will draft a running back in the first round, but if a lot of their options are off the board before No. 21, Jonathan Taylor would be a hell of a selection.

Standing at 5-feet-10, 226 lbs, Taylor is the top running back in the draft after a sensational career at the University of Wisconsin. Taylor, who was helped recruited by former Eagles and Wisconsin RB Corey Clement, saw his production explode in three seasons for the Badgers.

Earning his second-consecutive 2,000-yard rushing haul in 2019, Taylor finished his three-year career with over 6,000 rushing yards and 55 combined T.D.’s. The Salem, N.J. native is a bruising runner would bring some extra physicality to the Eagles backfield in 2020. 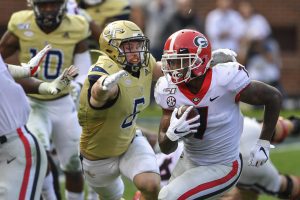 A shiftier option in the second round, D’Andre Swift would be a versatile back to add to the running back corps.

Smaller than Taylor at 5-feet-8, 212 lbs. Swift was a focal point of the Bulldogs offense in the last three seasons, eclipsing 1,000 rushing yards in 2018 and 2019. A Philadelphia native, Swift earned over 1,200 rushing yards last season while also adding over200 receiving yards in the SEC.

Despite being a shorter back, Swift brings explosiveness to the table and could pair nicely with Sanders in spilt back formations. 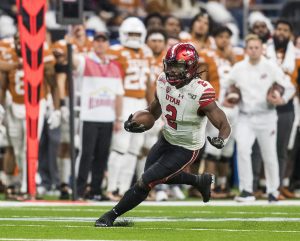 Another power option that the Eagles could get in the third round, Zack Moss is the total package.

Moss is the cousin of former NFL wide receivers Santana and Sinorice Moss, so has some NFL connections in the family. Bringing similar traits to the table as former Cowboys running back Marion Barber, Moss is a handful for arm tacklers to bring down and would be a power option to add with Sanders. 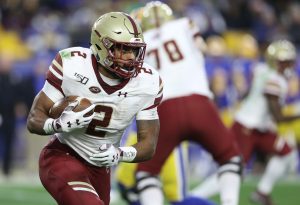 One of the best running backs over the last few seasons in college football, A.J. Dillon is a physical freak and showed that at Boston College.

A bruiser at 6-feet, 247 lbs, Dillon is coming off a 1,685 yard, 14 T.D. season for the Eagles in 2019. Boston College relied on Dill0n’s toughness and productivity a lot of the time, but he continued to get better as his career went on. In 42% of his career college starts, Dillon totaled 150 rushing yards or more and went up against tough competition such as Clemson, N.C. State, and Miami.

Dillon’s stock may have dropped since the end of the season, but his physical abilities haven’t and would be a monster to add in the later rounds. 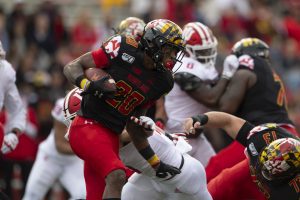 A versatile running back who can also play special teams, Javon Leake is worth a look in Round Five.

Leake’s numbers may not have exploded off the charts, but he did win the 2019 Big Ten Return Specialist of the Year and was also Honorable Mention in the offensive category.

Totaling 736 rushing yards and eight T.D.’s in 2019, Leake showed his dynamics for the Terrapins last season. Leake ran a 4.65 40-yard dash and also delivered a 34-inch vertical. He averaged one touchdown for every 8.5 career carries and is similar to Tevin Coleman in his ability to run and catch the ball. 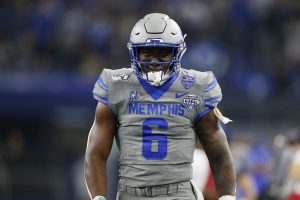 One of the more underrated tailbacks in the country, Patrick Taylor should help any team that picks him in the later rounds.

A patient runner who isn’t afraid to deliver contact, the main thing for Taylor will be to play physical on every play. His vision isn’t the greatest, but wouldn’t be relied on too much from the get go in Philadelphia.