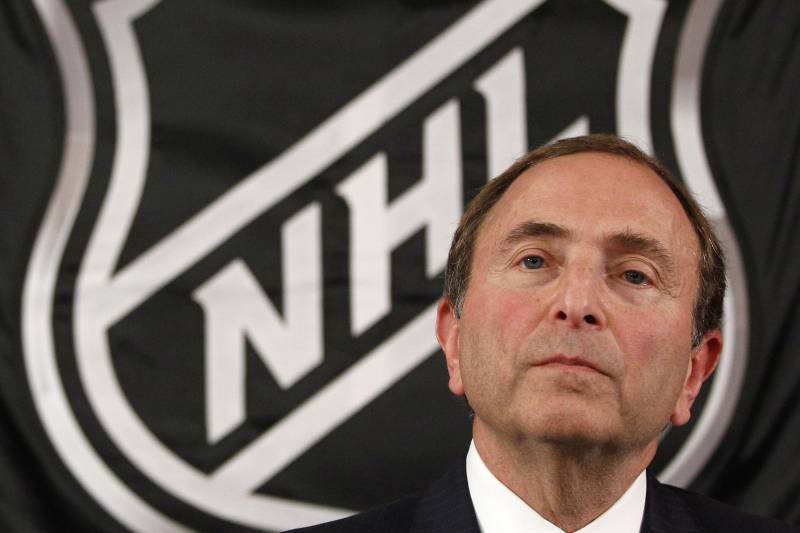 National Hockey League commissioner Gary Bettman announced the league’s plan to resume the season on Tuesday, which will include a 24-team playoff format.

With the current season on hiatus since March, the league had to think of new ways to get the conclusion of the season finished. The league announced Tuesday the remaining 189 regular season games will not be completed and a new 24-team playoff structure will be in effect.

The tournament will begin with a 16-team, eight-series Qualifying Round and a Seeding Round Robin among the top four teams in each conference to determine seeds for the Stanley Cup Playoffs. The Flyers will face the Capitals in a one-game showdown for seeding later the summer once a training camp takes place to get teams back to full fitness.

“I want to make clear that the health and safety of our players, coaches, essential support staff and our communities are paramount,” Bettman said in a conference call with media on Tuesday. “While nothing is without risk, ensuring health and safety has been central to all of our planning so far and will remain so.”

“Let me assure you that the reason we are doing this is because our fans have told us in overwhelming numbers that they want to complete the season if at all possible. And our players and our teams are clear that they want to play and bring the season to its rightful conclusion.”

The Qualifying Round and Seeding Round Robin will be held at two “hub” cities to be identified — one for the 12 participating Eastern Conference teams and one for the 12 Western Conference teams – and begin at a date to be determined. Candidates for the hub cities include Chicago, Columbus, Dallas, Edmonton, Las Vegas, Los Angeles, Minneapolis/St. Paul, Pittsburgh, Toronto, and Vancouver.

The commissioner said the decision on the hub cities and when play will begin will depend on COVID-19 conditions, testing ability, and government regulations. A comprehensive system for testing will be in place in each hub city, and each team will be permitted to travel a maximum of 50 personnel, including players, coaches, and staff.

“Obviously, we anticipate playing over the summer and into the early fall,” Bettman said. “At this time, we are not fixing dates because the schedule of our return to play will be determined both by developing circumstances and the needs of the players.”

In the Eastern Conference, the Boston Bruins (100 points), Tampa Bay Lightning (92 points), Washington Capitals (90 points) and Flyers (89 points) will each have a bye and play each other once to determine the order of the top four seeds for the first round of the playoffs. In the West, the St. Louis Blues (94 points), Colorado Avalanche (92 points), Vegas Golden Knights (86 points) and Dallas Stars (82 points) will also have a bye and play round-robin to determine their seeding order.

Seven teams did not qualify for the postseason and their respective seasons are over: the Buffalo Sabres, New Jersey Devils, Anaheim Ducks, Los Angeles Kings, San Jose Sharks, Ottawa Senators, and Detroit Red Wings. Each of those teams will participate in the NHL Draft Lottery, which will hold its first phase on June 26.