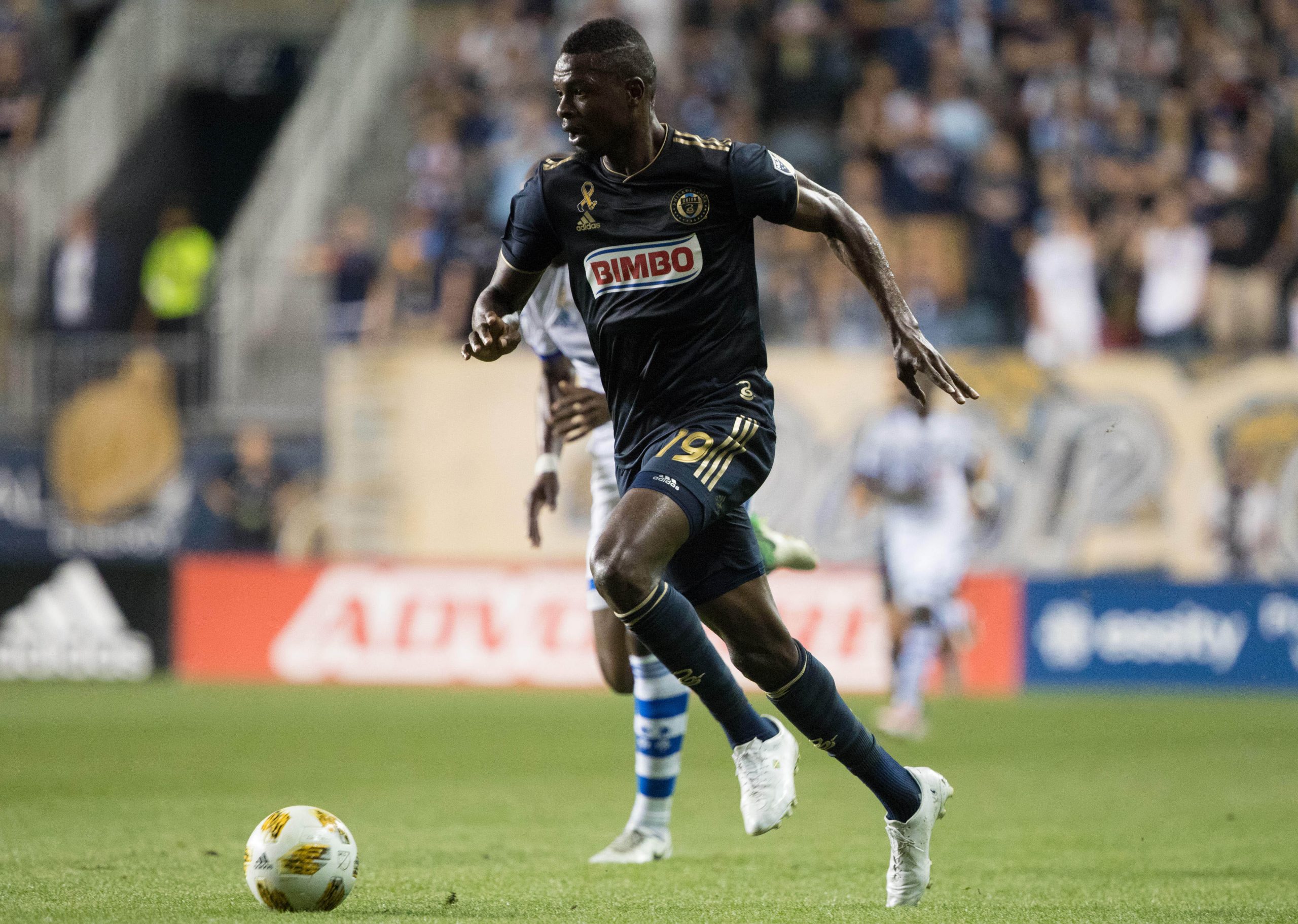 Cory Burke’s loan at Austrian Bundesliga side SKN St. Poelten has been a wacky one to say the least.

The Philadelphia Union and Jamaican National Team striker joined the club on loan in February, most importantly to stay fit and keep playing professional soccer. With visa issues forcing him to play outside MLS, Burke went to St. Poelten, a side who was in the middle of their domestic season.

Burke only played three matches for the Austrian top-flight side before the COVID-19 pandemic forced many European leagues to postpone their seasons. Now with the Bundesliga set to resume play on June 2, over two-and-a-half months following their last fixtures, Union head coach Jim Curtin is monitoring Burke’s return to action.

“He has a job to do right now, and I hope he scores some goals and helps his team out,” Curtin said of Burke on a conference call Wednesday. “But at the same time, we’re eager to get him back as well. He’s a really talented striker. And if you drop him in with the three great strikers we already have, that’s a really, really great pair, a really great group.”

Burke’s loan is set to expire in Austria on June 30th, giving the Jamaican a month to impress before an expected move back to the United States. The 28-year-old has not played in an MLS match since May 2019, also heading out to Portmore United in his native Jamaica last year. His 11 goals in 18 appearances in Jamaica was a positive sight for the forward, who certainly had to be frustrated over his visa issues causing a halt in his Union career.

With the Bundesliga set to resume play and the Union still awaiting numerous decisions on the future plans of the postponed MLS season, Burke could see his loan extended further into the summer. It seems unlikely it would be a long-term move for the Jamaican, but the chance to keep playing in first team football in Europe poses a new opportunity for Burke.

Curtin and Union Technical Director Ernst Tanner have remained in close contact with St. Poelten over Burke even despite the lengthy layoff of training and matches. Whether he stays with the club longer remains to be seen, but Burke could also help the Union attack once the MLS season gets underway.

“Constantly in contact [with St. Poelten],” Curtin said. “Again, he is on loan. He still is our player. And then there’s complicated parts for everybody all over the world, in terms of travel and visas.”

“If you do think about it, it kind of works out a little bit perfect for us, in that he’s now staying active and fit several weeks ahead of our return to play. He’ll get games there and hopefully he’ll get sharpness, and hopefully he scores goals and helps his team, and then we’ll re-evaluate it once that season does come to an end.”

Burke has contributed 13 league goals and one assist in 37 career matches for the Union. He’s also chipped in six international goals in 18 caps for the Reggae Boyz, last appearing in a 1-0 friendly loss to Costa Rica in March 2019.

St. Poelten return to play last in the Bundesliga table, now scheduled to have 10 league matches in the Relegation group. The club will play Austria Wien, Rheindorf Altach, Admira Moedling, WSG Swarovski Tirol, and Mattersburg each in home-and-home matches, with the last-place finisher being relegated to the Austrian Second Division.

Burke’s role will be key over the next month in helping the club fight off relegation and scoring goals for his own self-confidence. Should he end his loan in strong form, we could see the Jamaican back in the Union attack this summer.