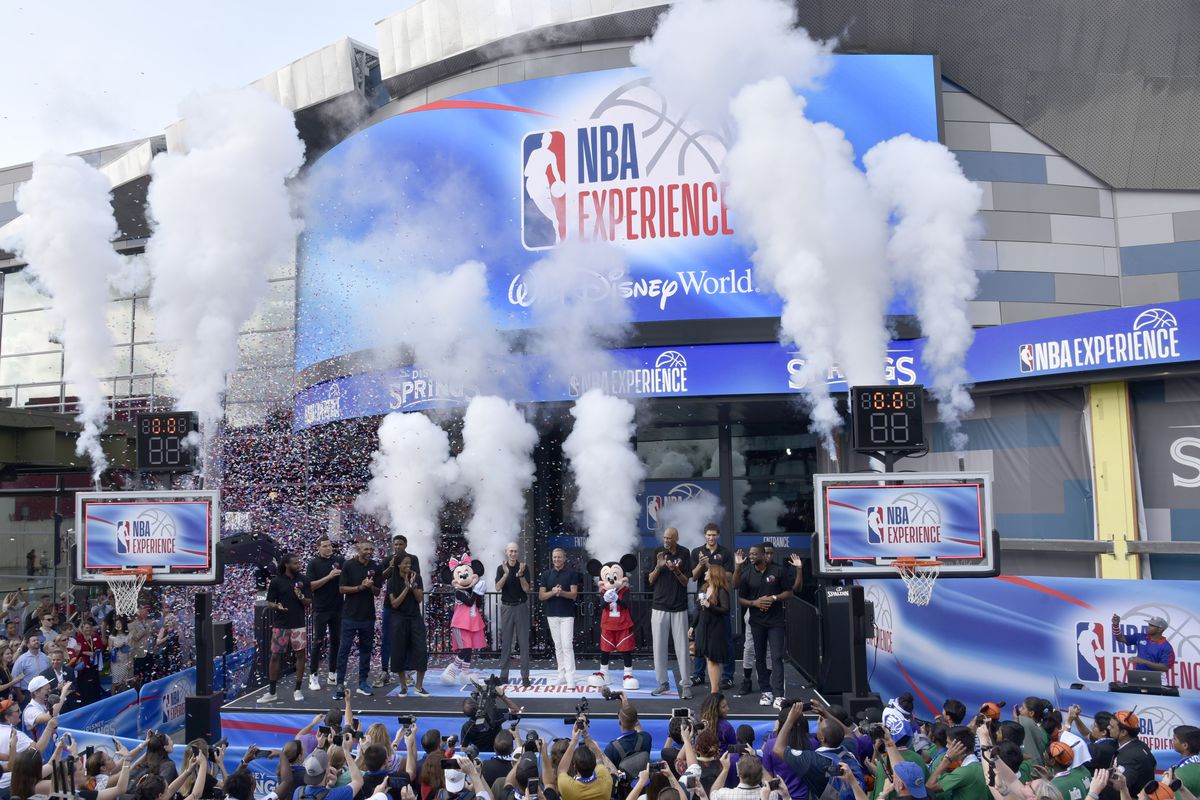 The NHL agreed to terms into restarting their season over the last 24 hours. The NHLPA has to approve the plan, but it’s the first real evidence we’ve seen of a sports league in the U.S. move towards playing again.

And now, the NBA is looking to restart their season sooner than later.

According to ESPN’s Ramona Shelburne by way of NBA spokesperson Mike Bass, the NBA “has entered into exploratory conversations with the Walt Disney Company about restarting the remainder of its season at Disney’s ESPN Wide World of Sports Complex in Orlando, Florida, in late July.” Bass added:

“The NBA, in conjunction with the National Basketball Players Association, is engaged in exploratory conversations with The Walt Disney Company about restarting the 2019-20 NBA season in late July at Disney’s ESPN Wide World of Sports Complex in Florida as a single site for an NBA campus for games, practices and housing, Bass said. “Our priority continues to be the health and safety of all involved, and we are working with public health experts and government officials on a comprehensive set of guidelines to ensure that appropriate medical protocols and protections are in place.”

The last night we saw NBA action was March 11, when the league suspended its season indefinitely, setting a precedent for many other sports leagues around the country and world to suspend or cancel altogether their respective seasons.

According to Shelburne, it’s unclear if the regular season will resume or if the league will just pick up with playoff action. On Friday, Adrian Wojnarowski reported the NBA board of governors call next Friday, and the expectation for the step-by-step plan to resume the season.

“The NBA is discussing a step-by-step plan for a resumption of the 2019-2020 season that includes an initial two-week recall of players into team marketplaces for a period of quarantine, one to two weeks of individual workouts at team facilities and a two-to-three week formal training camp, Wojnarowski reported. Barring an unforeseen turn of events, many NBA owners, executives and NBPA elders believe commissioner Adam Silver will green light the return to play in June — with games expected to resume sometime before the end of July, sources said.”