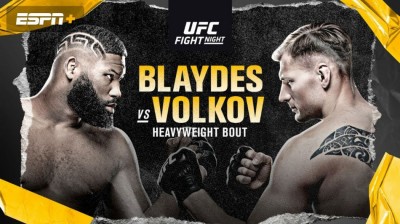 Another weekend, another UFC card primed and ready to roll. You have to give credit where it’s due – Dana White is doing everything in his power to give the people what they want. Whether it’s employment for the fighters or an escape from reality for the Average Joes and Janes sitting at home during the quarantine, the UFC has been a staple on ESPN and ESPN+ for the past month and a half. And for that, I am thankful.

Without further ado, let’s look at four fights worth betting on for tonight’s card.

The first fight on the main card has the potential to be the fight of the night. Miller, a 12-year veteran of the UFC, is taking on relative newbie Roosevelt Roberts in a 160-pound catchweight clash.

You name him, Miller probably fought him. Clay Guida, Nate Diaz, Anthony Pettis, Benson Henderson, Dustin Poirier, Dan Hooker, Michael Chiesa, Joe Lauzon, Donald Cerrone, and Diego Sanchez just to name a few. What I’m getting at is when you share the octagon with these legends, there are very few things a fighter can do to surprise you.

Roberts, on the other hand, only has five fights in the UFC and is coming off a submission victory over Brok Weaver on May 30. He’s only 26-years old and could be on the fast track to a ranked match-up with a win over Miller.

Call it Jersey bias, but I really like Miller here. It’s the old adage of age vs. experience, and when you look at Miller’s track record of fighters compared to Roberts’, here’s no contest. Miller’s seen it all, and even though he’s older (36), he’s looked damn good recently – banking a Performance of the Night and Fight of the Night bonus in two of his last three fights. The third fight of the bunch was a dominating win over Clay Guida in Newark, NJ. I love that Miller’s getting plus-money on the moneyline. To me, that’s a no brainer.

Two technicians look to get back in the win column following losses.

In 2015, Pennington sported a 5-5 record, and with hard work and dedication to the sport, she tore through the top of the women’s bantamweight division. By 2018, she had a shot at the title. Unfortunately for her, she was knocked out by Amanda Nunes, then lost to Holly Holm and Germaine de Randemie.

Reneau, the betting underdog, worked hard behind the scenes and found herself in a title-eliminating fight against Holly Holm in 2015. Reneau ultimately lost and Holm went on to shock the world in her next bout. Reneau had 3-3-1 since then and is 1-2 in her last three fights.

I like watching both these women fight and this should be a fun one. I like Pennington to win, so the moneyline is always an option. If you’re scared by the -180 line, Pennington by decision is +100. It’s worth noting that when she was on the tear of wins over Jessica Andrade, Bethe Correia, Elizabeth Phillips, and Miesha Tate, she won by decision three times and submission once. Her last win over Irene Aldana came by decision, too. It isn’t crazy to think she grinds out a decision win over Reneau and plus-money is always good.

The ninth and tenth ranked featherweights look to move closer to a title shot in one of the promotion’s most stacked weight classes.

Emmett is 2-0 since being knocked out by Jeremy Stephens in 2018. It appears he’s fully bounced back from that loss and holds notable wins over Ricardo Lamas, Michael Johnson, and Mirsad Bektic.

Burgos is 3-0 since his knockout loss to Calvin Kattar in 2018. He holds wins over Cub Swanson, Kurt Holobuagh, and Makwan Amirkhani in that span. His wins came by decision, submission, and TKO.

Slugfest. That’s what I’m expecting. Emmett has knockout power, holding stoppage wins over Johnson, Bektic, and Lamas. Burgos is coming off a TKO win over Amirkhani, too. Combine that with the APEX cage, which has been known to increase stoppage wins, and someone will be put to sleep. Emmett by knockout, submission or DQ goes at +210 while Burgos by knockout, submission or DQ goes at +175.

Do with this information what you will – if you think Emmett will roll through Burgos +210 is great odds. If you think Burgos keeps his hot streak going and can win by stoppage, +175 & -162 on the moneyline. Watergun to my head, I lean to Burgos ever so slightly.

Heavy. Weight. Fighting. Three of my favorite words in sports.

I’m gonna keep this one short – the odds are the way they are for a reason. Blaydes is a bad man. He’s coming off three straight wins, two by knockout, and has his sight set on a rematch with Francis Ngannou.

Volkov is a good fighter, too, as he’s 5-1 in the UFC and holds wins over Roy Nelson, Stefan Struve, Fabricio Werdum, and Greg Hardy. His lone loss is to Derrick Lewis.

I don’t want to use the word “lock” but I’m leaning heavily toward Blaydes. I mean, come on, what am I supposed to do after seeing this?