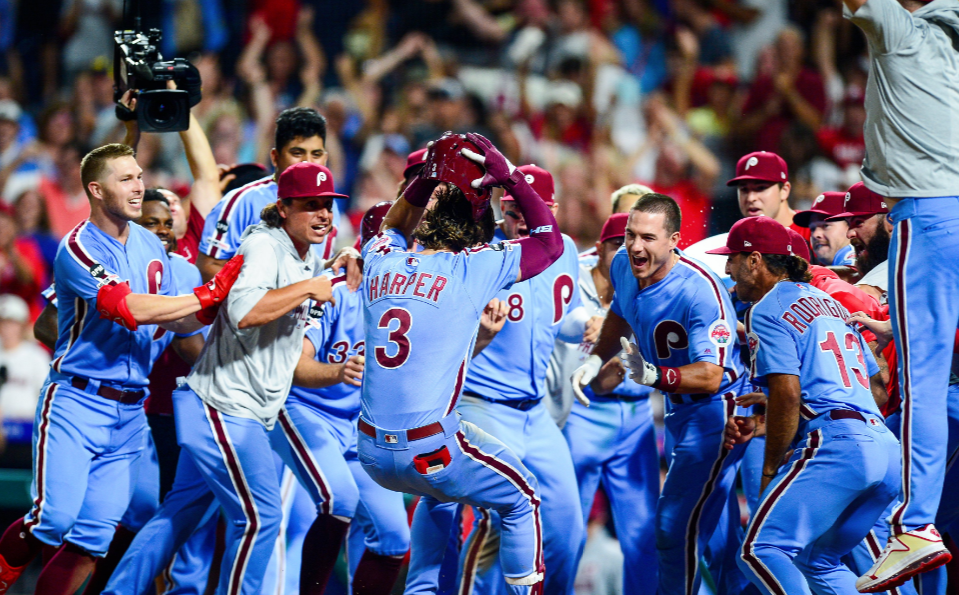 There’s nothing quite like the roller coaster of a 162-game Major League Baseball season. Take the 2019 season, for example. After the first 60 games, the Philadelphia Phillies were first in the National League East with a 33-27 record. The Braves followed at 32-27 with the Nationals in fourth at 26-33.

Fast forward 60 games, and the NL East picture looked vastly different with the Braves atop the division and Nationals behind them.

Of course, the Braves would go on to win the division, and the Nationals eventually became World Series Champions.

A lot can change in 60 games. At least in some divisions, it can.

If you look outside the NL East, however, a lot can remain the same. Four of the six division leaders at the 60-game mark went on to win their respective divisions. Other than the Phillies in the NL East, the Milwaukee Brewers lost their division lead in the NL Central, but still made the playoffs as a Wild Card. Even the 2018 season saw four of the six division leaders after 60-games win a division title. While the leads may not be as large in the early parts of the season, 60 games is enough for the best teams to become division leaders. If you’re confident in the favorites like the Dodgers, Yankees, Astros, and Twins – take them. It’s not worth it, at least on division odds, to go far down the list to take a chance on any long shots.

Looking at win totals will be tricky this season. As of now on DraftKings Sportsbook, there are 20 teams that have a win total of 30 or more. Last season, there were 16 teams that had 30 or more wins after the first 60 games. There were also three teams that had 29 wins in 2019. There is not enough discrepancy in the win totals to comfortably bet over or under in a short season.

There are teams that you can find some value like the Phillies. Last season, the Phillies had 33 wins after the first 60 games. While that obviously changed the next 60 games, it at least proves the team is capable of doing it. Add also the value of new acquisitions, the Phillies are in a good position to finish over the 31.5 win total.

The best value when it comes to win totals will likely come from the top. The highest win totals this season are the Yankees and Dodgers with 37.5. The Astros are next with 35.5 and then the Twins with 34.5. For the most part win totals are very conservative this season. There were three teams last season that had 40 or more wins and the Yankees finished with 38.

Going over 60-game stretches from last season, and even in 2018, there is one thing that you can be confident about, and that’s the top teams. Don’t worry about how short the regular season is. While the middle of the pack can vary and some divisions are close, for the most part, teams like the Yankees, Dodgers, Astros, and Twins will likely dominate the shortened regular season the same way each team did at the start of 2019.

Of course, there are other factors to look at in a season like this. The fact that each game matters more, expect managers to use bullpens more often and maybe not even stick to a five-man rotation. Prospects that may not have even started the 2020 season in the big leagues will now become big factors at the start. Things may be managed differently in a short season, but no matter what the circumstances, the best teams will find a way to win. Well, at least in the regular season.