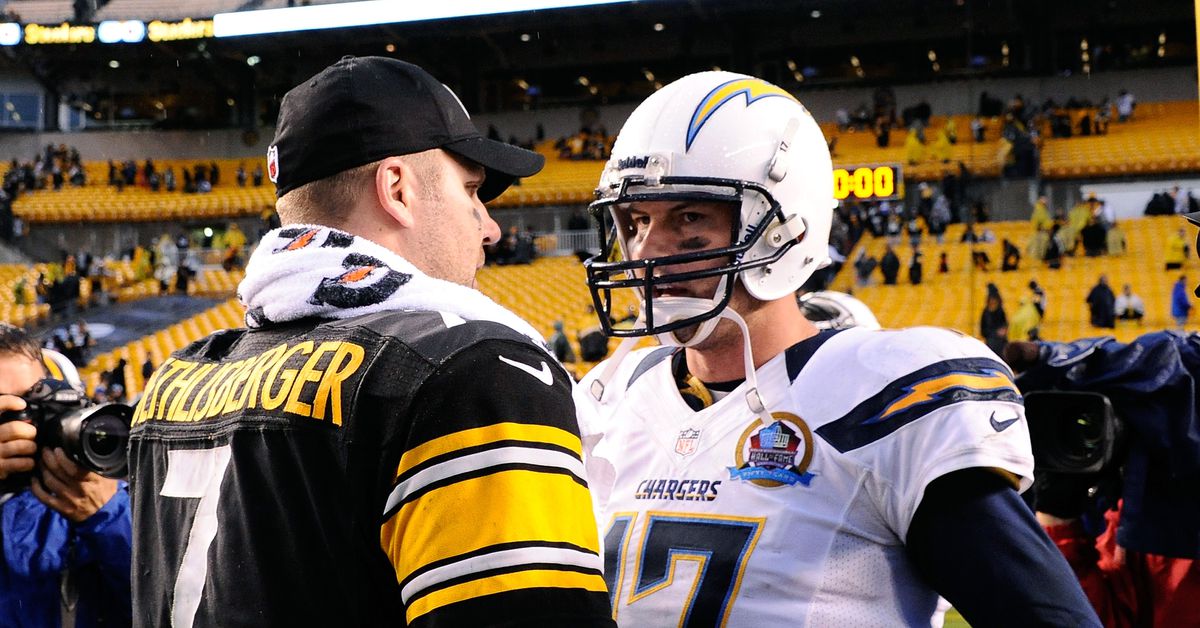 This week’s installment of Futures Faceoff features two teams with veteran Hall of Fame caliber quarterbacks from the 2004 draft class looking to make a case for Comeback Player of the Year. Ben Roethlisberger returns from a season-long injury in hopes of getting the Steelers back to the playoffs, while the Indianapolis Colts turn to Philip Rivers to see if consistent quarterback production is the missing piece for Frank Reich’s group. I’m going to take a hard look at both Pittsburgh and Indianapolis, two teams in very similar positions, to determine which one is the best bet to get to the next level.

I will dissect all the stats on both sides of the ball, the off-season additions, strength of schedule, and likeliness of success heading into this pivotal year. The goal is to determine which team is the better investment, based on the current odds, in the futures win total market. Let’s see what’s behind the Steel Curtain, and if Rivers can make Colts fans forget about Andrew Luck.

All eyes were on Pittsburgh’s offense heading into 2019. Finally eradicating themselves of the drama surrounding Antonio Brown, there was a significant level of intrigue around Roethlisberger’s ability to keep the Pittsburgh offense among the league’s elite. That intrigue didn’t last long as Roethlisberger suffered a season-ending elbow injury in Week 2. The Steelers’ offense never recovered and was one of the league’s worst under Mason Rudolph and Delvin Hodges.

Roethlisberger is back for 2020, but the intrigue remains. The Steelers went from being a top five scoring offense in 2018 to the last ranked unit in the league in offensive efficiency in 2019. The health of Roethlisberger and running back James Connor can easily get this offense back into the top of the National Football League. The Steelers added TE Eric Ebron and drafted WR Chase Claypool to bolster Roethlisberger’s weapons, but a big piece to the Steelers’ success is going depend on whether we see the Roethlisberger of old or just an old Roethlisberger. Big Ben’s elbow injury was significant and has been compared to Tommy John surgery, which makes his recovery and expectations in 2020 less definitive.

The Colts were another team that unexpectedly had to turn to their backup quarterback in 2019 as Andrew Luck retired just prior to the start of the season. Jacoby Brissett filled in admirably, but head coach Frank Reich recognized the need for improvement under center and signed eight-time Pro Bowler and 2013 Comeback Player of the Year in Rivers.

Rivers rejoins Reich, who previously called plays for the San Diego [now Los Angeles] Chargers as offensive coordinator before moving on to win a Super Bowl in Philadelphia. That success landed him the Colts’ head coaching job the following year after Josh McDaniels reportedly pulled out. After years of Rivers trying to do it all with the Chargers, Reich will be tasked with corralling the gunslinger after his 20 interceptions last season. Reich’s offenses have typically been run-heavy, as the Colts were top 10 in yards per rush last season. The selection of the most explosive running back in the draft, Jonathan Taylor, lends credence to the idea that Reich won’t deviate from what worked best for him in the past. Rivers will still have plenty of playmakers in the passing game at his disposal with T.Y. Hilton, Parris Campbell, and rookie WR Michael Pittman Jr. Behind one of strongest offensive lines in the league, Rivers will have every opportunity to catapult the Colts to the top of the AFC South.

The Steel Curtain is back! Keith Butler’s Pittsburgh defense was one of the best in the NFL last season. After only losing defensive tackle Javon Hargrave in free agency, the expectations are that they can take an even greater leap in 2020. Pittsburgh was a top five unit across the board and ranked No. 1 in the NFL yards per play allowed and Football Outsider’s weighted Defensive DVOA metric, which signals that they improved as the season progressed and as the importance of the games intensified. The secondary that ranked second overall in interceptions is anchored by young playmakers in Mincah Fitzpatrick and Terrell Edmonds, and linebackers T.J. Watt and Devin Bush are still ascending talents. Even if they don’t take the ball away as much last season, there is no reason to believe they can’t keep the offense in every game.

The best plays from our defense in 2019 ⬇️ pic.twitter.com/dt4Of5elW3

Indianapolis general manager Chris Ballard is very transparent with how he is building the Colts defense; it all starts up front. Ballard engineered one of the biggest trades this offseason by acquiring defensive lineman DeForest Buckner from the NFC Champion 49ers. The Colts’ pass rush gets an immediate upgrade as only Aaron Donald has racked up more sacks since 2016 from the same position. A pass rush is a secondary’s best friend, and Buckner now teams up with Justin Houston to take some pressure off a young Colts secondary that ranked 23rd in yards allowed per reception. The Colts were 3-6 last season in games when they failed to register more than two sacks, and were a winning football team when the pass rush got home at least three times.

#Colts you’re in luck, DeForest Buckner is a freak of nature!

For this series, I utilize Sharp Football’s strength of schedule which is formulated from each team’s 2020 forecasted win totals rather than the 2019 standings. This gives us a more updated look at the difficulty of opponents since NFL teams experience so much roster turnover per year. These two teams are prime examples of how stronger a team can be by just upgrading the quarterback position alone.

The Steelers come into 2020 with the projected seventh easiest schedule which starts off very nicely as they open up with the rebuilding New York Giants. Roethlisberger gets to test his new elbow against New York’s 31st ranked secondary, and more importantly against the easiest schedule of opponents in regards to overall defensive efficiency. It won’t take long to find out what the Steelers are about this season, as Week 3 starts a run of five games where they take on four of last year’s playoff teams (Texans, Titans, Eagles, Ravens) concluding with big divisional games vs. the Browns and Ravens. That first half stretch should set the tone for their season.

If the horseshoe on the side of the helmet didn’t bring the Colts any luck last season, that sure changed when the 2020 schedule was released. The Colts have the easiest slate of opponents in 2020 based on strength of schedule. It all starts with opening the season against the Jaguars, and it’s followed up by the Jets, Bengals, and Lions in the first seven games. Not only will Rivers throw into the second-easiest schedule based on defensive efficiency, but Indy gets to unleash their new pass rush on the third easiest schedule of opponents based on pass protection efficiency.

What if Roethlisberger wasn’t the Steelers greatest loss in 2019?

The NFL is a quarterback-driven league. It is the single most important position in all our sports. When future Hall of Famer Roethlisberger went down, we all saw the Steelers offense go down with him. I won’t argue that the Steelers’ future is much brighter with Roethlisberger in the fold. There are several uncertainties as to whether Roethlisberger really is back after such a significant injury to his throwing elbow. The questions shifted from will he be the same quarterback without Brown and Bell to is he even going to be the same quarterback at all? The Steelers’ offense was money in the bank in 2018, but since then have removed the two biggest playmakers on the team, and then reattached several ligaments to a 38-year-old QB’s throwing elbow. Is it possible Roethlisberger has a full recovery, Connor remains healthy, along with JuJu Smith-Schuster and Dionte Johnson improving? Sure. But is it a safe bet? Not so sure. I am actually not even sold Roethlisberger was the Steelers’ greatest loss last season.

I don’t think we should undersell the importance of the Steelers’ rushing attack, considering keeping the quarterback healthy is paramount to a team’s success. Last season, the Steelers’ run game was atrocious. They were 30th in yards per attempt, and many people point to Connor’s injuries as the determining factor. However, last season was also Pittsburgh’s first in five years without their previous offensive line coach. Mike Munchak joined Vic Fangio’s staff in Denver, and the offensive line looked worse than ever. Pittsburgh’s offensive line, typically a strength of the team, was 30th in adjusted line yards and 31st in stuff rate allowed. They were still in the top half of the league in adjusted sack rate, but these metrics also lend credence to the idea that a healthy Connor and Roethlisberger won’t get the typical protection they are used to upon return. That puts an increasing amount of pressure on a quarterback coming back from injury.

There’s value behind what Ballard is building in Indy

The Steelers and Colts have the same win total at 9 but the Steelers are being offered at -121 vs -110 for the Colts. Therefore, the market is telling you the implied probability is 2.38% higher for the Steelers to go over the 9 wins than the Colts in 2020. There is a cost to that implied probability, and the cost you are paying to take Steelers over the Colts here is $8.27 per $100 wager. The Steelers pay out $82.64 while the Colts will yield $90.91 for every $100 wagered. The goal is to win the wager but also to get the best value. As impressive as Mike Tomlin’s performance was last year under adversity, I think it’s very possible he runs into more of the same this season.

The value is with the Indianapolis Colts, and I think Rivers has a great opportunity to secure another Comeback Player of the Year award. It’s not that Rivers is a better quarterback than Roethlisberger, and it doesn’t mean I don’t believe Big Ben can be successful coming off the injury. The foundation Ballard built around Rivers gives him a much better chance at success. Rivers has playmakers all over the field on offense. Reich’s system, predicated on the running game, should curb Rivers’ self-destructive tendencies to “do too much.”  There is a stark contrast between the two teams’ offensive lines, as well as their depth at the running back position. The Taylor/Mack combo will not only make Rivers’ life easier, but it will help him sleep at night knowing that Indy’s rushing attack isn’t one injury away from futility. Roethlisberger will be playing with a much better defense, but the addition of Buckner could push Indy into the top 10.

We have factored in the strength of schedule, but it’s also important to point out that the AFC South is there for the taking while every other team in the AFC North appears to have improved. There are just too many layers of uncertainty with Steelers and I am comfortable in my prediction that the Colts will be the better team in 2020, and go over the nine wins. Grab that horseshoe with both hands and try your luck with the Indianapolis Colts this season! 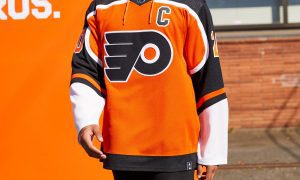