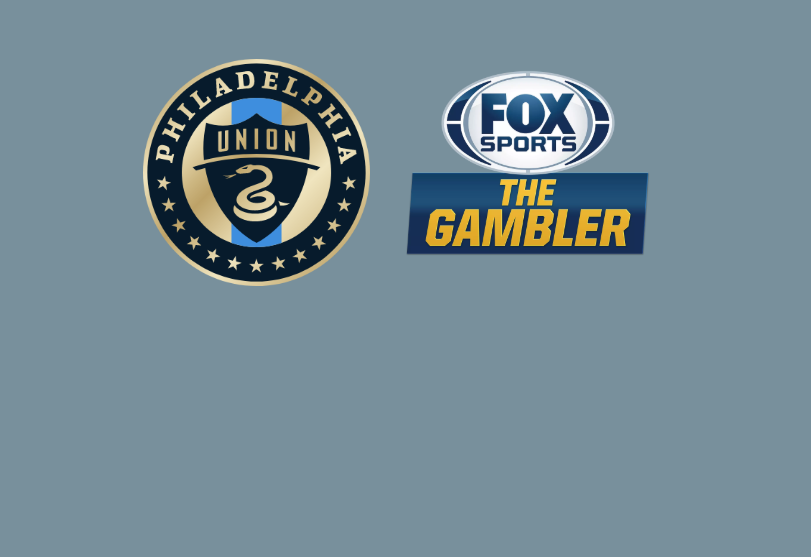 On Wednesday’s Daily Ticket with Sean Brace on Fox Sports The Gambler, PD/host Sean Brace announced that the station, which went live in August 2019, will become the newest home to the Philadelphia Union radio broadcasts.

Let me tell you, this is something Brace and The Gambler’s official Union Insider Joe Tansey have been targeting for years. Their Union coverage has resulted in an eager and excited fan base to join the ride with Philly’s Major League Soccer team. Audio of the official announcement below:

Despite the MLS is Back Tournament postponing various games, the Union will take the pitch against New York City FC Thursday morning at 9 a.m. Pre-game coverage starts at 8 a.m. with Dave Leno and Sébastien Le Toux. Post-game show will follow the game, and a post-post-game show with Brace and Tansey.

Deal solidifies station as official radio broadcast partner of the Philadelphia Union through remainder of 2020, beginning with MLS is Back Tournament game on July 9; Union games will be available via 102.5 FM, 105.3 HD2, the iHeart App and 1480 AM

PHILADELPHIA & CHESTER, Pa. – July 8, 2020 iHeartMedia Philadelphia and Philadelphia Union today announced FOX Sports Radio The Gambler is now the official radio broadcast partner of the Philadelphia Union. The first live broadcast, hosted by Dave Leno and Union alumni Sébastien Le Toux, kicks off July 9, 2020 at 9:00 a.m. ET when the Philadelphia Union return to play against NYCFC as a part of the MLS is Back Tournament. Union games will be available via 102.5 FM, 105.3 HD2, the iHeart App and 1480 AM.

“We are excited to expand our reach in the Philadelphia market, especially as the Union is the first professional sports team in Philadelphia to return to play,” said Tim McDermott, Philadelphia Union President. “The Gambler’s team brings a ton of energy and passion that will bring the gameday experience to life through the radio.”

As a part of Major League Soccer’s MLS is Back Tournament in Orlando, Fl., the Philadelphia Union will take the field for the first time since March 8 and will be the first Philadelphia professional sports team to return to play. The Union will face NYCFC on July 9, Nashville SC on July 14, and Inter Miami CF on July 19 in the group stage of the tournament.

The partnership agreement with The Gambler for 2020 makes the Union more accessible than ever to fans in the Philadelphia market. Earlier this year, the Union announced a partnership renewal with 6abc and PHL17 as TV broadcast partner and streaming on PhiladelphiaUnion.com for all non-nationally broadcast games.

“Before The Gambler even went live in August 2019, the strong desire to become the Philadelphia Union’s broadcast partner was always on our mind,” said Sean Brace, Program Director. “It gives us all great joy to be able to provide one of Philly’s most passionate fanbases a place to hear every Union game this season! Nobody does soccer like the Gambler!”

Coverage will be led by Union Insider, Joe Tansey, and Program Director and Daily Ticket host Sean Brace. For the last four seasons, Joe and Sean have covered all things MLS and the Philadelphia Union on the Union Soccer Podcast, paving the way for exemplary Union coverage the way no other local outlet has been able to do. For more information, listeners can visit the station’s website FOX Sports Radio The Gambler and social media platforms via Facebook, Twitter and Instagram @foxphlgambler.

FOX Sports Radio, The Gambler presented by Cure Auto Insurance is the ultimate destination for Sports Talk in the Philadelphia community and broadcasts on 1480 AM, 102.5 FM (translator W273DO) and 105.3 HD2. Listeners can also tune in on the devices they use the most via the iHeartRadio app.

FOX Sports Radio, The Gambler features FOX Sport’s compelling and entertaining brand of Sports Talk programming including “The Herd with Colin Cowherd,” “The Dan Patrick Show,” “Outkick the Coverage with Clay Travis,” “The Daily Ticket” hosted by Sean Brace and “What are the Odds” with Eytan Shander.

iHeartMedia is the leading media outlet in the Philadelphia market with multiple platforms, including its broadcast stations; live events; data; and its digital businesses and platforms, including mobile, social and its own iHeartRadio, iHeartMedia’s free all-in-one digital music, podcasting and live streaming radio service – with more than 2 billion app downloads and more than 130 million registered users.