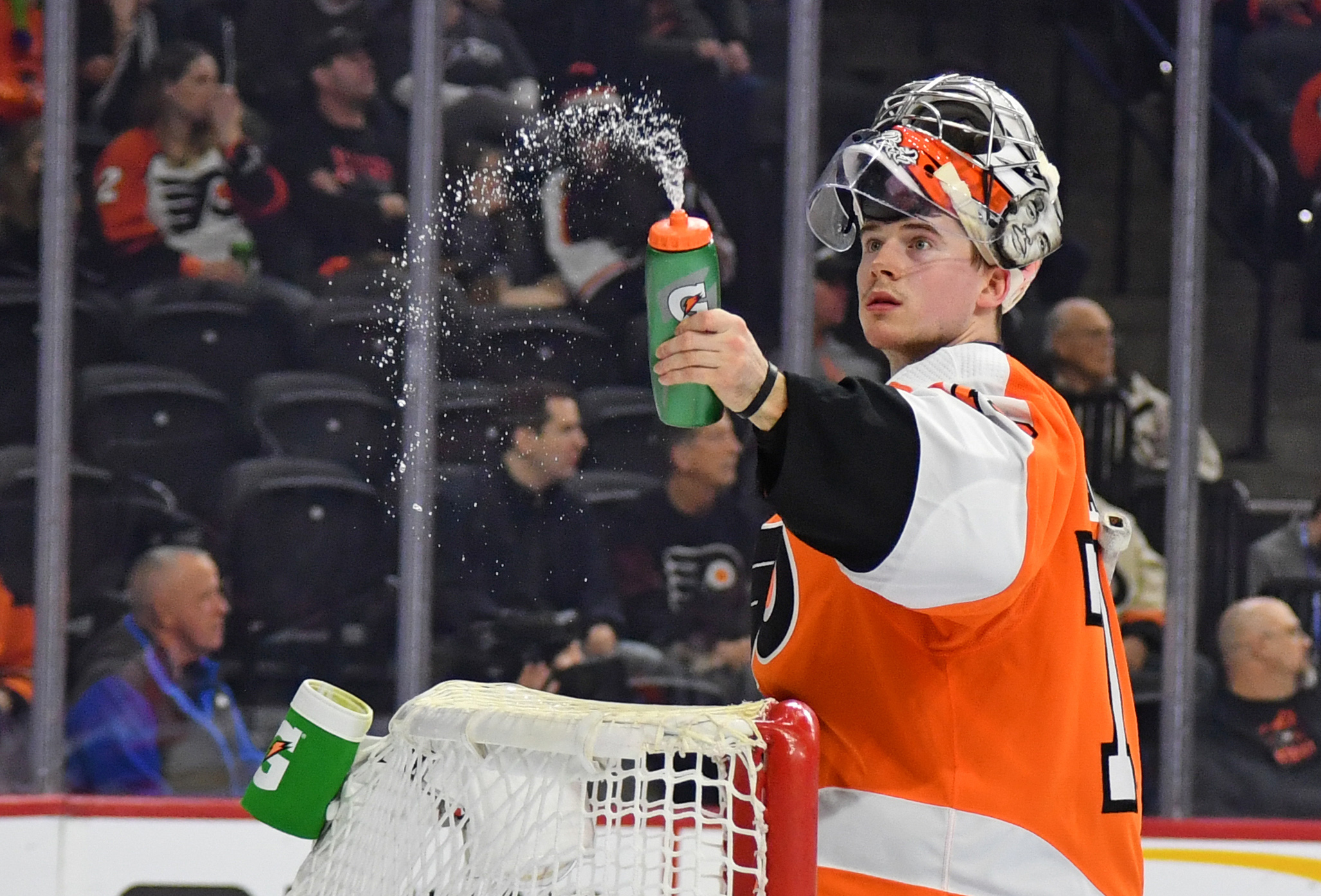 The Philadelphia Flyers saw its sensational season come to an abrupt end earlier this summer, but have a bright future ahead of them with a veteran head coach and a young goaltender leading the way.

Carter Hart took major steps forward in his second season as an NHL goaltender, helping the Flyers reach the second round of the playoffs and obtain the No. 1 seed in the round robin. Alongside fellow young players Travis Konecny, Philippe Myers, and Joel Farabee, Hart excelled under Alain Vigneault and put himself on notice for the next few years in the Orange and Black.

Despite struggling at some points of the regular season, Hart took his game to a new level come postseason time. The 22-year-old improved his numbers in Toronto, winning nine of the 14 games he played in and registering a 2.23 GAA and a .926 save percentage. Even his two shutouts were more than he totaled in his 43 regular season appearances, another example of the tremendous work he put in during his first playoff stint.

“Obviously playoff hockey is different,” Hart said Thursday in a conference call. “You are playing almost every second day. I think it was a little different in the sense that we were in the bubble. I think the NHL was trying to get things done quicker so we had a couple back to backs. Recovery and rest are important as well. Playoff hockey, sometimes you can find yourself down and you can find yourself up. There was always a lot of those ups and downs. I think we just have to find a way to stay even-keeled and try to stay consistent as possible.”

“I felt good in the net. I think obviously in the season, there’s ups and downs. You really just have to find a way to find that consistency. You find that through practice and all your off ice habits. In the playoffs, I felt good. I think we did a good job here this season. Obviously we had some adversity as well and we battled through it. Came on really hot at the end as a group there.”

The former 2016 second round became one of the top, young goaltenders in the NHL this season, putting up stellar numbers at the Wells Fargo Center prior to the pandemic. Hart was 20-3-2 at home during the regular season, registering an eye-boggling 1.63 GAA and a .943 save percentage. His road numbers weren’t so hot (4-10-1, 3.81 GAA), but he got better late in the regular season.

Another reason for Hart’s continued success was the partnership working with 13-year Veteran Brian Elliott. The 35-year-old Canadian shared time with Hart this season, posting a reasonable 16-7-4 record during the regular season, now giving up 50 victories in his three seasons in South Philadelphia.

Elliott remains unsigned for next season and Hart hopes to have his teammate and mentor back next season.

“Me and Moose, we get along really well,” Hart said. “I love playing with him. He’s been a great mentor to me. He’s obviously a veteran goalie in the NHL and has a lot of experience. He’s taught me a lot. We have a lot of fun playing together. I love playing alongside him. I really hope he’s back. I think he definitely wants to come back as well. I love playing alongside of him and we have a great relationship. We have a lot of fun together and he’s taught me so many things. I’m very grateful to play alongside him this year and I hope next year as well.”

While the playoffs sadly came to an end for Hart and the Flyers in a 4-0 Game 7 loss to rivals New York Islanders, the road is bright heading into the 2020-21 season. Hart is one of several key players for the Flyers and showed he can carry the load throughout what ended up being a hectic and crazy campaign. His second season didn’t end with him lifting the Stanley Cup, but Hart is confident in the current group as they retool for a possible run at a title starting in December.

“Obviously you’re going to run into some speed bumps there in the regular season and the playoffs,” Hart said. “The Isles were just the better team. Going forward, I made a lot of right steps. I think we have the right group here that can really do some damage. I think we just have to believe in each other. I think this experience that we just had in the bubble, in the playoffs and in the season is only going to help our group moving forward into next year.”