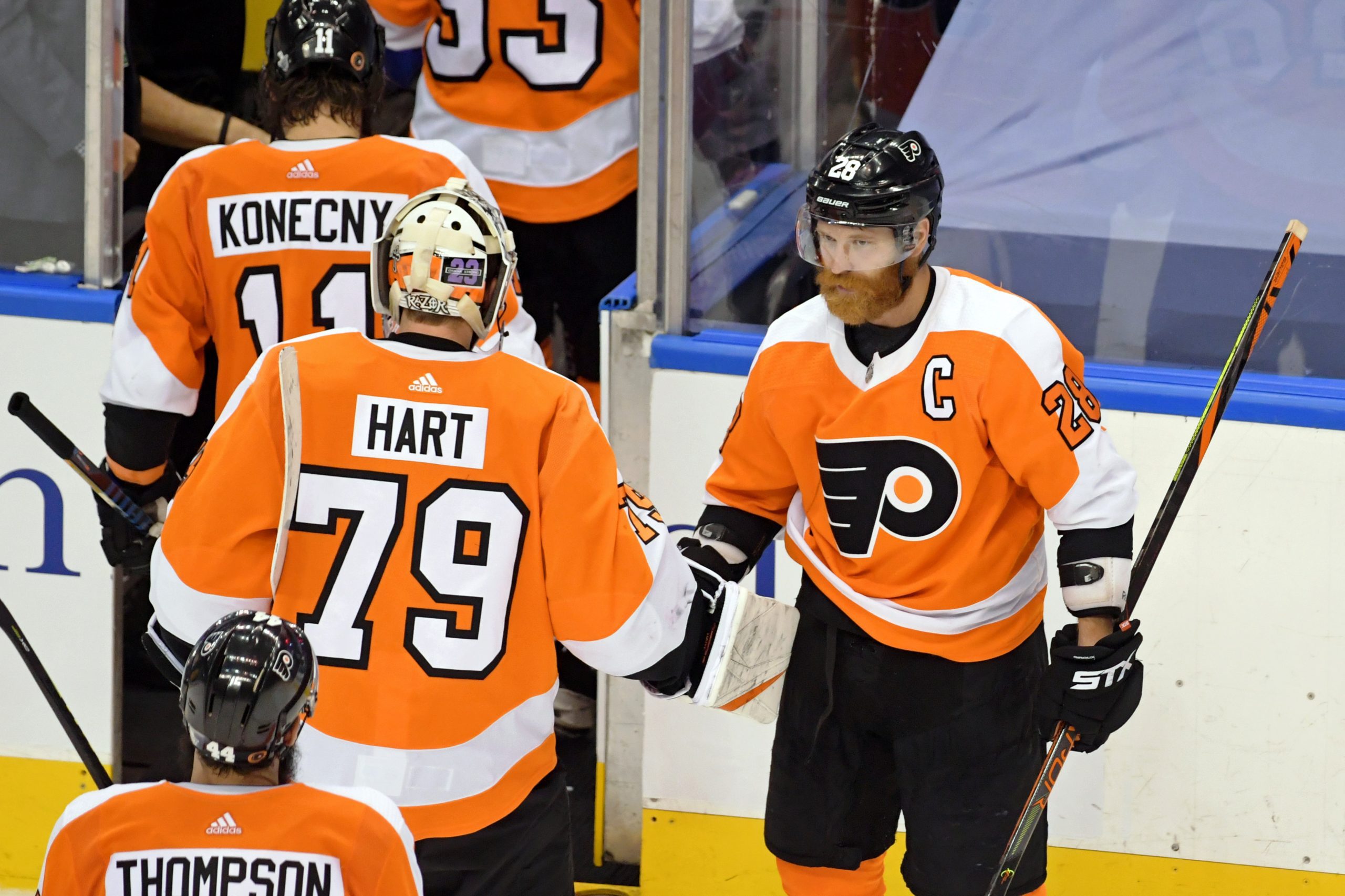 Claude Giroux has been the leader of the Philadelphia Flyers for several seasons now, but the veteran centerman couldn’t help the team avoid an unfortunate exit from the 2020 Stanley Cup Playoffs. Now Giroux is aiming to help the Flyers build off the success earned in its first year under Alain Vigneault.

Giroux is the longest-tenured Flyer on the current roster and has a good mix of fellow veterans and youngsters around him. The 32-year-old put in a strong campaign during the regular season, but found it tough to replicate that success in the postseason. Giroux netted only one goal in 16 games in Toronto, a stat that even he knows needed to be better for the team to reach the Eastern Conference Finals.

“Personally, obviously it’s not a secret, I would have liked to play better,” Giroux said Friday on a conference call. “I think as the playoffs went on, I was starting to feel a little bit better. It was obviously a unique tournament that we had. You are off for a couple months and then you go straight to the playoffs. It was hard for everybody, but it just felt like it took me a little bit longer to kind of get going.”

Giroux did register seven assists for the Orange and Black in Toronto and eventually played better in the most important games of the series vs. the New York Islanders. He scored in Game 6 and remained influential in the faceoff circle and Flyers forecheck, but ultimately was held goalless along with his teammates in a 4-0 Game 7 loss.

Despite seeing their dream run come to an end, the Flyers exceeded many expectations in Vigneault’s first season as head coach. They reached the playoffs, earned the No. 1 seed, and advanced past the tough and tricky Montreal Canadiens. They also fought back to force a Game 7 with the Islanders after many media and fans probably counted them out after finding themselves in a 3-1 series deficit after four games.

Giroux is excited to continue working with the current group of players and hopefully reach his second Stanley Cup Final in 2020-21.

“We took a huge step forward,” Giroux said. “We’re very disappointed that we couldn’t move on to the Conference Finals. We thought we had a team that was able to go further. It’s very disappointing. At the same time, we took a huge step forward from last year. We’ve got to keep moving forward and keep building on this. We love our team. We like the pieces we have. We’re all pretty excited for next year.”

“I think the other years that we made the playoffs and we lost in the first round, we didn’t have the depth we have right now. Right now we have older players and younger players. We just have a good mix of guys. Having Carter in net, and Moose, they give us a chance to win every night. We just like the mix that we have in the locker room.  As the season went on, we kept getting better. We played more as a team and everybody was stepping up at the right time.”

“As I said before, we’re extremely excited for next year, and we learned a lot from the Islanders series and even against the Montreal Canadiens. We’ve just got to keep building here.”

Giroux remains a consistent piece for the Flyers despite getting older in age and brings more to the team than goals and assists. His connection with teammates such as Sean Couturier and James van Riemsdyk has helped build a solid foundation in Philadelphia and now he has taken young players like Travis Konecny and Joel Farabee under his wing.

Now heading into his 13th NHL season, Giroux will continue to be someone that Vigneault can rely on as captain. The Flyers put themselves back in the mix as one of the top teams in the Eastern Conference and NHL with its strong first campaign under Vigneault and will now look to take that next step starting off this winter.

“I’ve been with the Flyers for 13 years and I’ve been committed to this organization,” Giroux said. “Every offseason I think I do a great job to be a little better. Obviously when you get a little bit older, however the season went on, you always want to tweak the way you work out. That’s something that I might have to tweak one or two things. At the end of the day, I think every time camp starts, I’m in great shape. I expect the same here.”