The Philadelphia Flyers strong season came to a disappointing end last weekend and since many players and coaches have been able to reflect on the work put in. Flyers general manager Chuck Fletcher will also be a busy man over the next few weeks with the team looking to shuffle its roster for another push towards a Stanley Cup title in 2020-21′.

The Orange and Black was shutout 4-0 by the New York Islanders in Game 7 of the Eastern Conference second round, leaving a sour taste in the mouths of players, staff, and ownership. Alain Vigneault worked wonders with this team in his first season, leading them to the top seed in the East and a major bounce back from a horrid season the year prior.

Oskar Lindblom was one young player who returned to action this season for the Flyers, however Nolan Patrick missed the entire season with chronic migraine issues. Patrick has 61 points in 145 career games for the Flyers and is another bright spot in what should be an exciting future for the team. 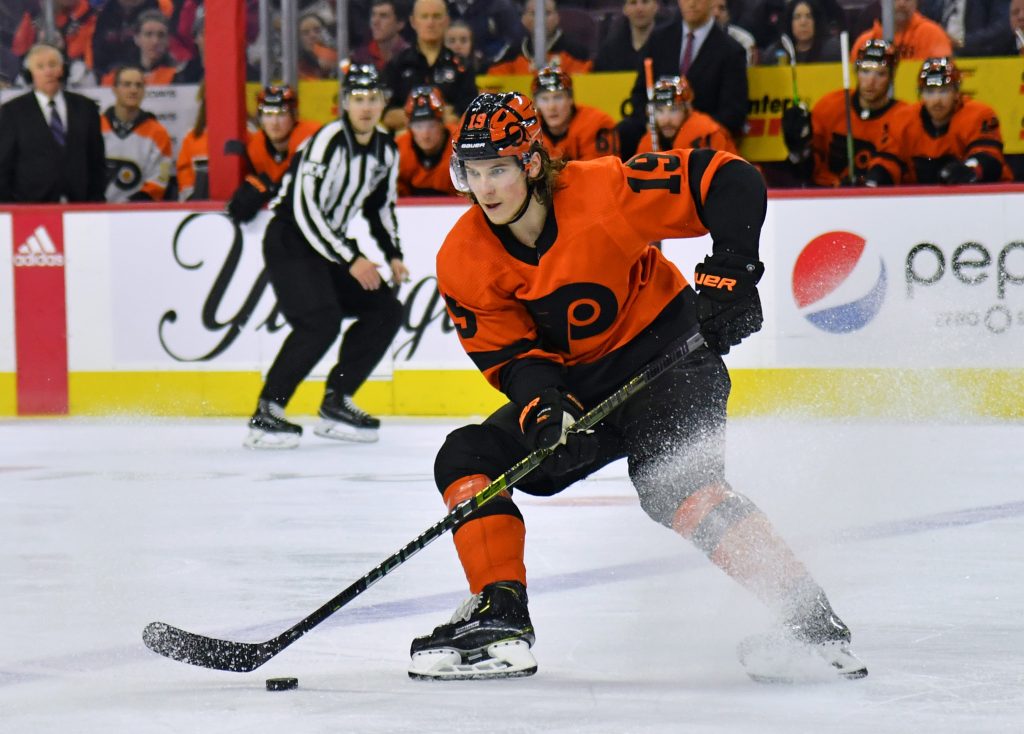 “Nolan’s feeling better,” Fletcher said in a conference call with reporters. “He’s skating. He’s working out. He’s golfing. He’s living mostly a normal life. I think he’s made a lot of progress since March. Until we get him back and get him into a contact situation, it’s probably going to be hard to know exactly when he’ll be ready to go. He continues to improve. Yes, I’m counting on him playing at some point in 20-21. We don’t even know when we’re going to start the 20-21 season. Time is certainly on his side in that regard. He continues to make progress and I continue to be optimistic.”

“There’s lots of different opinions [on Patrick’s migraine issues]. I don’t even know how to answer that. Everything could be connected. It may not be connected. It’s been a tough go for the young man. He continues to get better and make progress. That’s the good thing. At this stage, it certainly looks like he’s going to get his quality of life back. Hopefully he’ll be able to come back and play hockey for us. He’s a real important part. I think as we saw in the playoffs, the ability to have three quality centermen that can play 200-feet and produce offensively is incredibly important. He’s a big part of that future for us.”

Patrick is just one piece of an exciting young group of players for the Flyers, several who shined during the 2019-20′ season. Ivan Provorov, Philippe Myers and Travis Sanheim continued their development in the Flyers back end, while Travis Konecny excelled as the team’s leading goalscorer during the regular season.

A major reason for the Flyers’ success in the regular and postseason was 22-year-old goaltender Carter Hart. Hart posted a 24-13-3 regular season record before registering a 9-5-0 record in the playoffs. Even at a young age, Hart’s numbers improved as the season went on and even jumped to new heights when the games got tougher. His goals-against average, save percentage, and shutouts all improved in the playoffs and now the Canadian will look to excel even more next season. 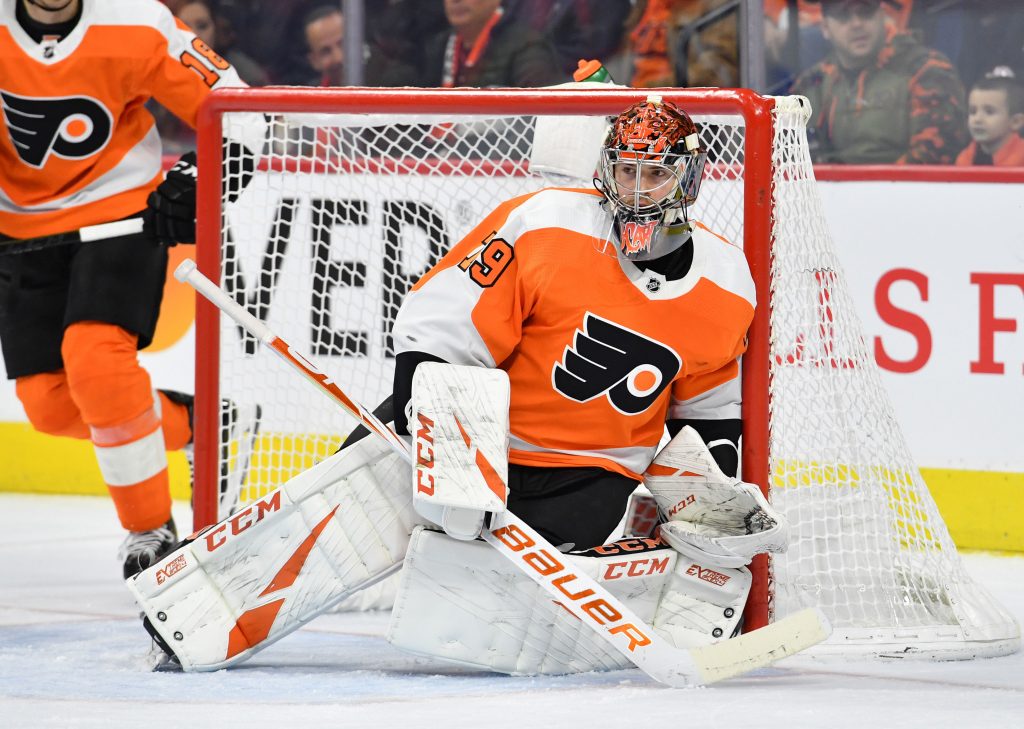 “Carter’s a very good young goaltender and he performed really well in the playoffs,” Fletcher said. “He performed well all year. I think at the beginning of the year, he struggled a little bit on the road, which I think is more of a fluke. Do I think there will be regression next year? No. He’ll probably have a more normal record on the road. He’s always played really well on the road at every level. If you look at what he’s been able to do, it’s a tough league for young players, never mind young goaltenders.”

Hart was the Flyers best player in the postseason, saving them several times from earlier elimination and showing the NHL world what he can provide on the biggest stage. However, Hart wasn’t the only player impressing in Toronto and Fletcher is overall excited to see the group continue developing as a whole.

“I think on the whole, you look back,” Fletcher said. “Ivan Provorov and the way he improved. Phil Myers and Travis Sanheim, I thought gave us some tremendous performances during the season and during the playoffs. Konecny, Oskar Lindblom, hopefully Nolan Patrick, Joel Farabee, there’s a lot of very good young hockey players here that are only going to get better.  As they continue to grow, our team will continue to grow. I really think we have a lot of good years ahead of us here. We’re going to have to make some good decisions, but I think it’s a very exciting time to be part of this organization.”

A major issue for the Flyers though was the lack of consistent goalscoring in the postseason. Capitain Claude Giroux and veteran forward James van Riemsdyk needed until Game 6 against the Islanders to score their first playoff goals of the tournament, while Konecny didn’t register a goal at all. Vigneault also rotated several players in his lower offensive lines in order to help spark a comeback against New York.

Tyler Pitlick became was the most impactful player among the Flyers’ bottom-six forwards, but other players like Nicolas Aube-Kubel, Derek Grant, and Nate Thompson failed to make a major impact outside of their physical play. All four forwards are set to leave the team this offseason unless new contracts are offered, leaving Fletcher with a lot to consider ahead of the new season. 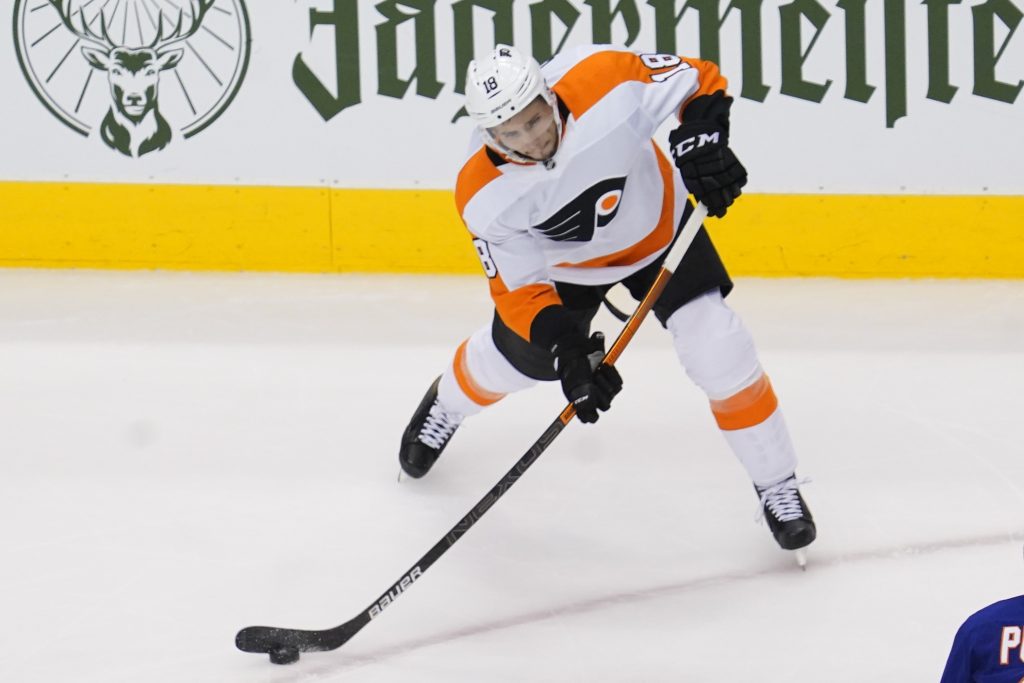 “When they were dressed as bottom-six forwards, they scored two goals in thirteen games. I thought during the last couple months before the pause, that was one of our strengths. It dried up a bit during the post-season. That’s an area we have to look at. You hope if we can get a healthy Lindblom and Patrick back, both of those guys are clearly top nine forwards. You would hope that would help address that need.”

No official date has been announced on when the Flyers will kick off its new season, but reports suggest December 1st is the likely start date. The Flyers will remain proud of what they achieved in Vigneault’s first season as head coach, but ultimately know more is to come in the coming months.