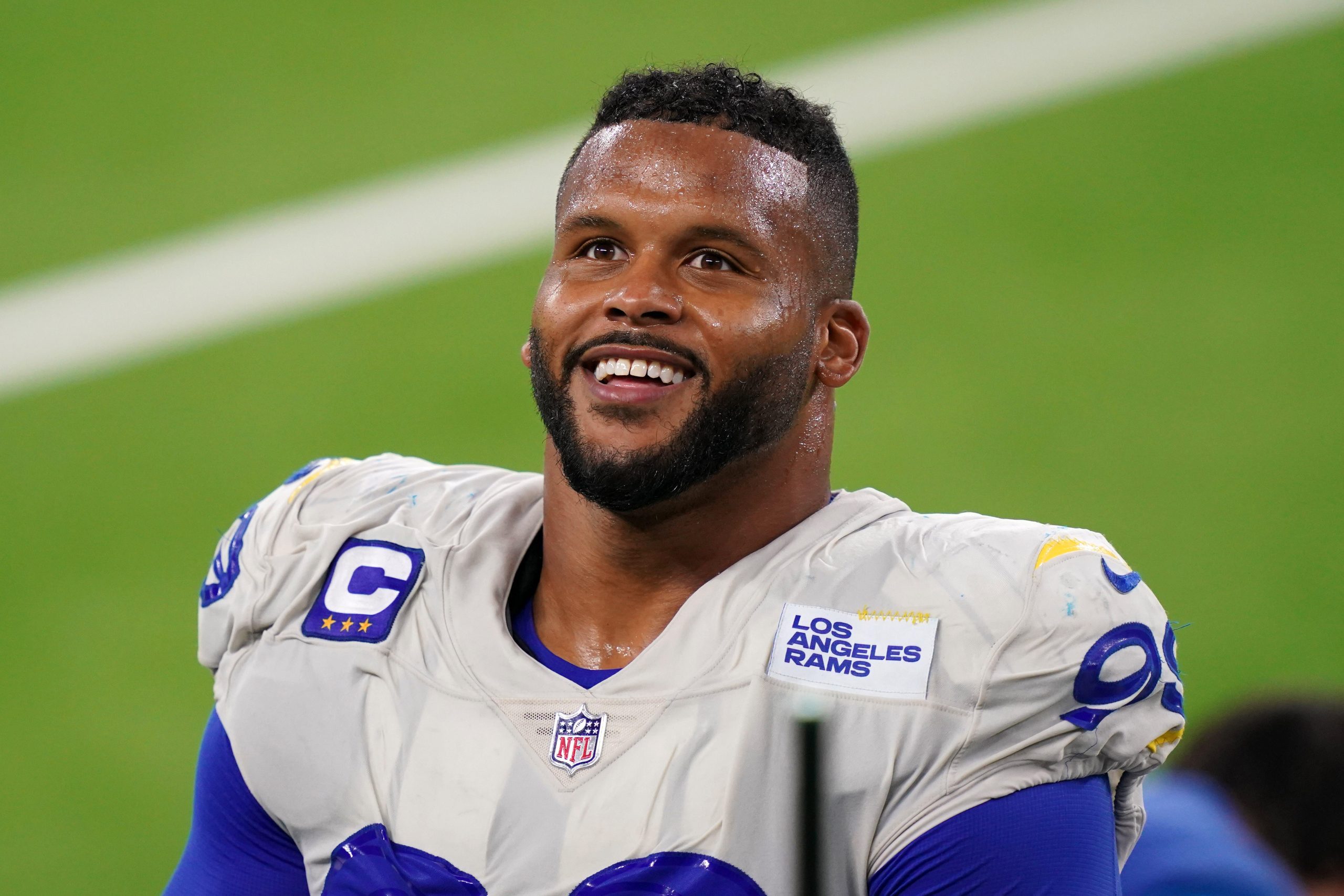 The Philadelphia Eagles struggled dealing with the Washington Football Team’s defensive line and now face another tough test in Week 2 vying for their first win of the season.

Doug Pederson’s team will return to Lincoln Financial Field on Sunday to welcome the Los Angeles Rams to town. The Rams come in after defeating the Dallas Cowboys 20-17 in Week 1 and also possess the best defensive tackle in the NFL.

Aaron Donald recorded one sack in the Rams’ Sunday Night Football win and has continued to develop into one of the top players in the league. The 29-year-old is joined by Michael Brockers and Sebastian Joseph-Day in the Rams 3-4 defense and should be a tough task for the depleted Eagles offensive line.

“Obviously Aaron Donald is a great player, tremendous player,” Doug Pederson said. “There are not many offensive lines out there that really kind of slow this guy down. I mean, he just goes from snap to whistle. He’s a hundred miles an hour and that’s tough.”

“For us, it’s about understanding where he lines up and he does move — it’s a different scheme. It’s not the same Wade Phillips scheme. It’s a different scheme so they move him around the D-Line just a little bit more, so it’s imperative that we understand where he’s at. Communication is of the utmost, obviously, and it starts with [C Jason] Kelce and echos along the offensive line.”

“So we just have to be aware of where he’s at.”

Donald has been a star since coming into the league from the University of Pittsburgh in 2014. He’s made six Pro Bowls, been named an All-Pro five times, and overall has won the league’s Defensive Player of the Year award twice. 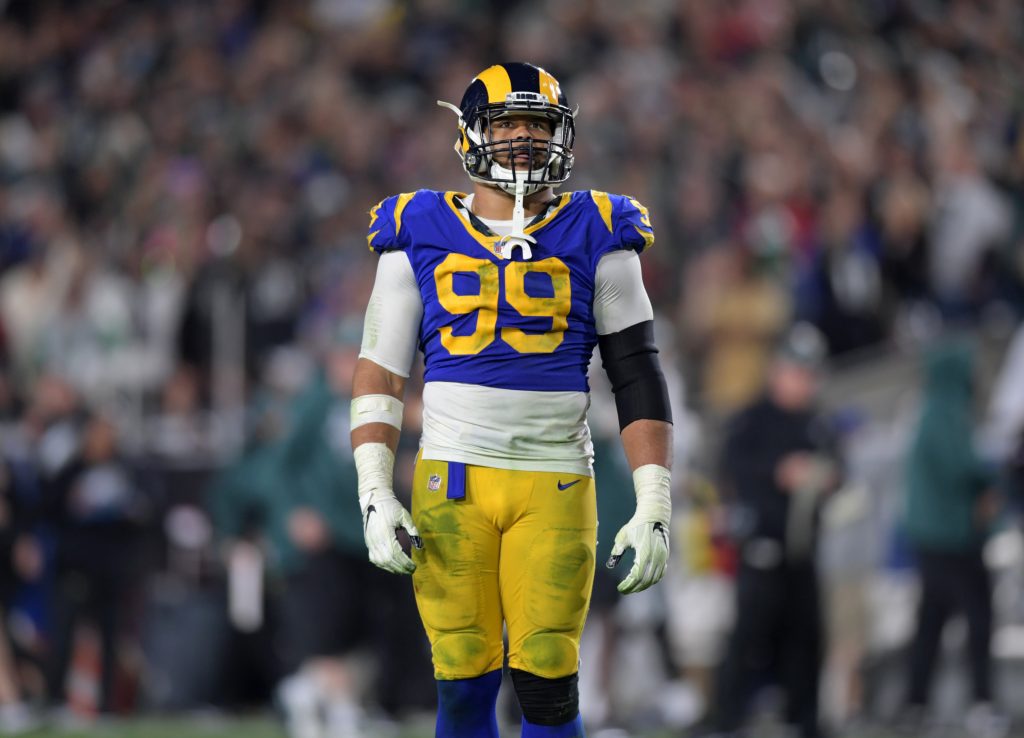 Statistically, he’s recorded 221 solo tackles in five seasons to date and has registered 73 sacks in 95 games. With the Eagles allowing eight sacks in the 27-17 loss at FedEx Field, confidence isn’t at the highest among the offensive line, and dealing with Donald’s freakish ability could deliver another blow this weekend.

“Aaron Donald, he’s a monster,” Carson Wentz said. “Everyone knows it. Everyone around the league knows the type of player he is and how he can really disrupt an offensive game plan. And so for us, we’re aware of that. Somebody we’ve got to always know where he is, but at the same time, we’ve got to execute, not play afraid, not play timid. . . . He is a game wrecker.”

The Eagles are likely to have starting right tackle Lane Johnson back after he missed Week 1 through injury while the team also signed guard Jamon Brown off the Detroit Lions practice squad. Brown, a former third-round pick of the Rams in 2015, has started 47 games in his NFL career, playing as both a tackle and guard.

His arrival gives the Eagles needed experience and depth on the offensive line after seeing two players make their respective NFL debuts in D.C. a week ago. Jack Driscoll got the start at right tackle before leaving with an injury of his own, forcing Jordan Mailata to come in for the remainder of the game. Brown may not be ready to play in Week 2, but could see some starts later this season if needed.

“Yes. I mean, obviously he’s [Jamon] got to get in the mix and he’s got to get in the playbook,” Pederson said. “So terminology, he’s got to pick up terminology, understand that first, and then we have to feel comfortable that we can put him in the game.  I think that’s a question for him, to understand our playbook — it wouldn’t be the whole thing but it would be maybe a specific protection, maybe a specific run or two and how well he were to grasp that information. But you know, I think a couple of days, a week, he’d be okay, and at least functional in a game.”

The Eagles have won its last six head-to-head meetings with the Rams, last suffering a defeat back in 2004 when the team was still in St. Louis. It won’t be an easy task on Sunday and should Donald and the rest of the Rams defensive line cause a ruckus early. It could very well be another long day for Wentz and the offensive line.