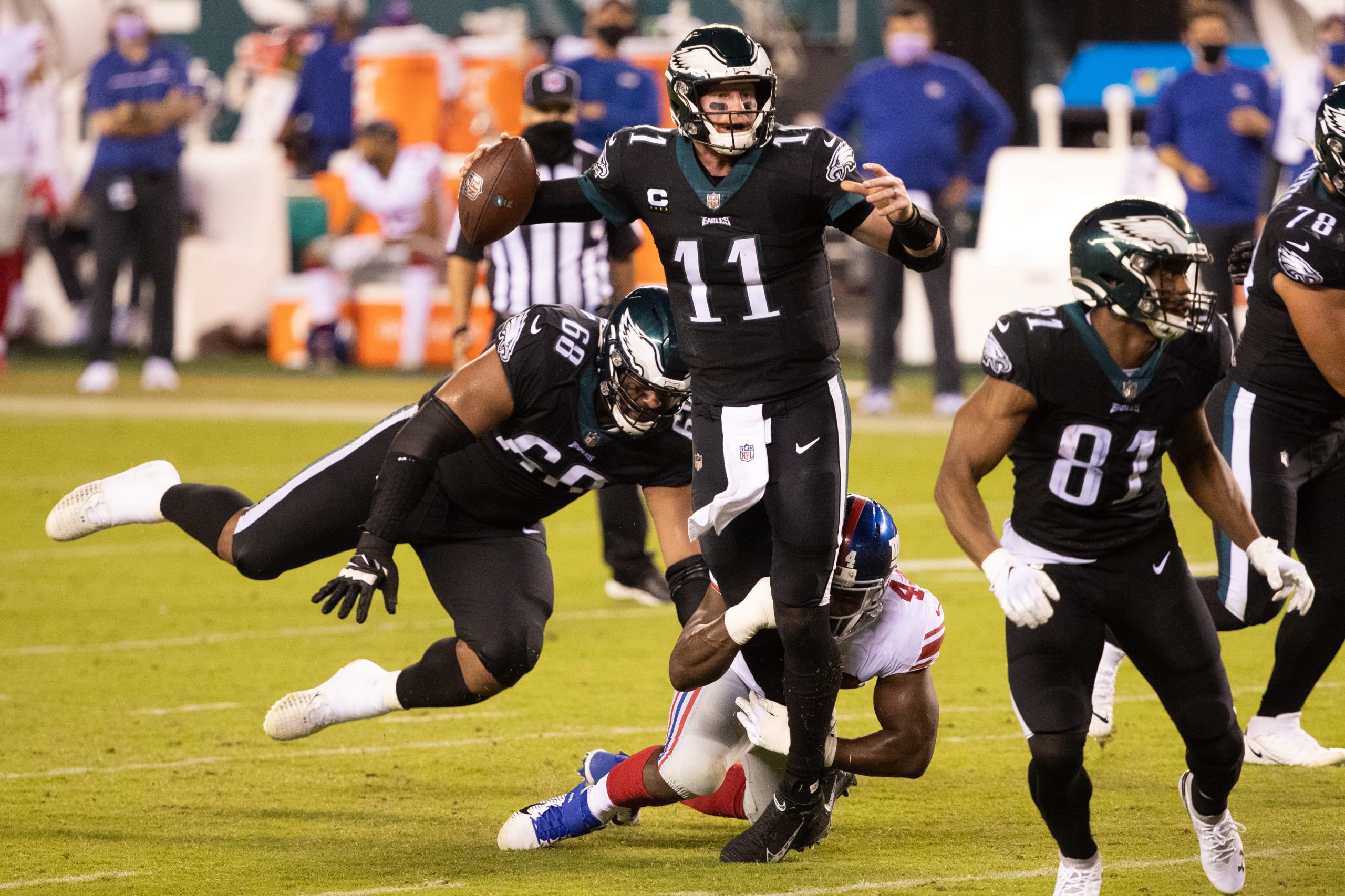 For the third straight week, the Philadelphia Eagles made a late comeback in an NFL game. This time they were able to do enough to earn their second win of the 2020 season.

Carson Wentz totaled three touchdowns for Doug Pederson’s team in a 22-21 win over rivals New York Giants. Wentz connected with Boston Scott on an 18-yard score with 0:42 remaining to give the Eagles a needed victory.

Wentz started strong for the Eagles, rushing in from one yard out to give the Eagles an early 7-0 lead. The veteran quarterback completed his first four passes as he led the offense down the field and in for an early score.

New York needed time, but would tie things up in the first quarter through Golden Tate. Daniel Jones connected with Tate on a 39-yard deep pass to tie things up.

Jake Elliott connected on a 31-yard field goal to put the Eagles up 10-7, but also missed a 29-yarder in the second quarter which would’ve given the hosts a six point lead going into halftime.

The Giants looked better after halftime with Wayne Gallman and Sterling Shephard both getting on the scoresheet. Gallman made it 14-10 in the third quarter after a one-yard score of his own before Jones hit Shephard on a two-yard pass early in the fourth.

However, the Eagles would stay alive and hit back for a massive division win. Wentz hit Greg Ward on a three-yard score in the fourth to cap a four-play, 68-yard drive before eventually leading the Eagles down the field once more.

Wentz to Ward and the @Eagles pull within 5 with 4:38 remaining!

With the game on the line, Wentz tossed a pass out of the backfield to Scott who made a sensational grab in the end zone to cap the comeback. The Giants had one final chance to grab its second win of the season, but Brandon Graham strip sacked Jones and the Eagles recovered the ball to ice the clock.

The @Eagles take the lead with 40 seconds left!

It wasn’t a great performance by the Eagles by any stretch, but it was enough to continue their current winning run over the Giants.

Up next is a November 1 home date with the Dallas Cowboys followed by a bye week.