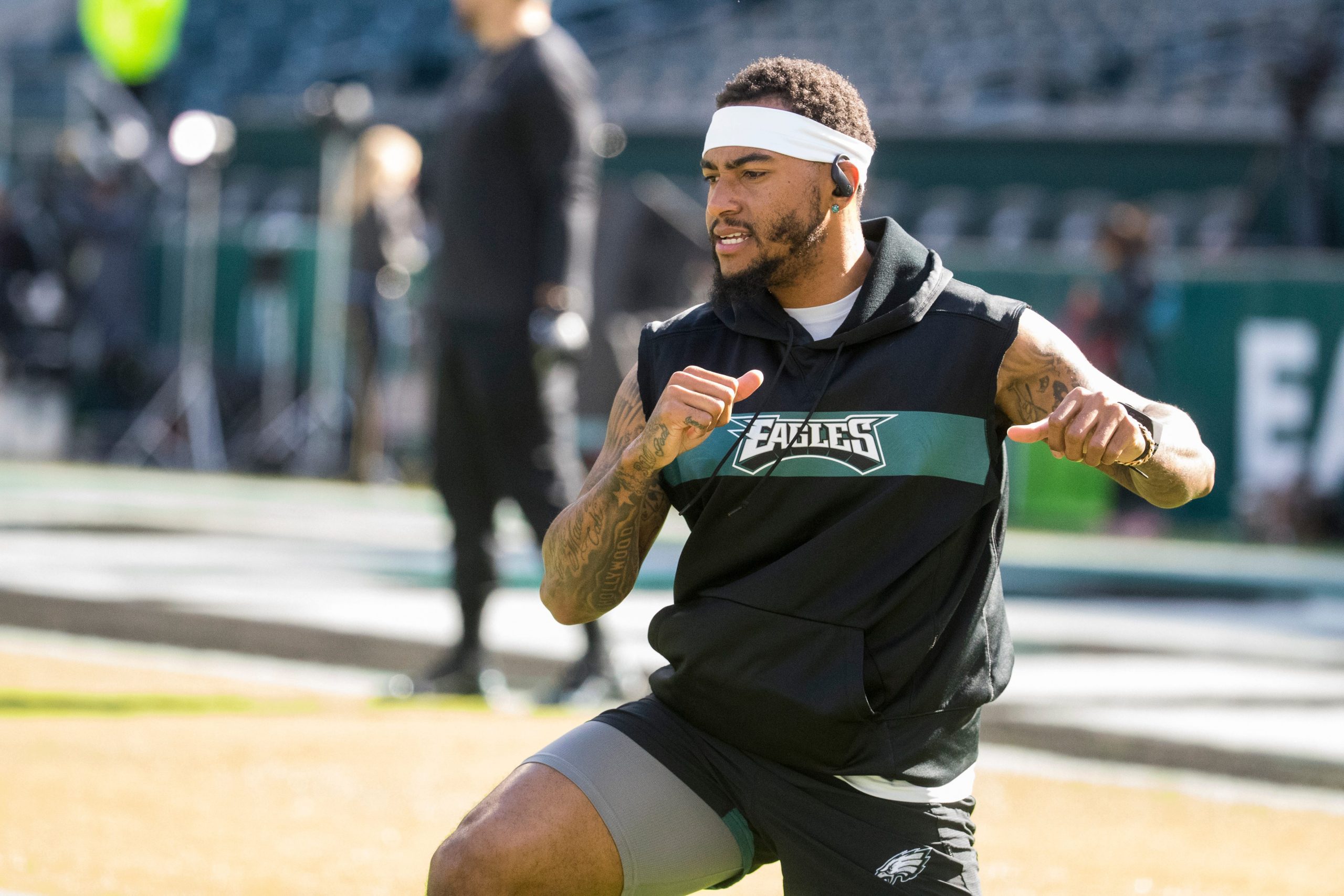 DeSean Jackson has had his share of injuries since returning to the Philadelphia Eagles and the veteran wide receiver will reportedly be back on the sidelines for a lengthy period of time.

Jackson has been ruled out 6-8 weeks after suffering a broken ankle in Thursday’s 22-21 win over the New York Giants, NFL Network’s Mike Garafolo reported. Jackson will be placed on injured reserve, but is aiming to make a return to the field this season with the Eagles still in the mix for an NFC East Division title.

From @gmfb: #Eagles WR DeSean Jackson has a similar injury to TE Dallas Goedert — a non-displaced fracture in his ankle — and is out 6-8 weeks. Jackson is frustrated but highly motivated to get back this year and next. pic.twitter.com/p0NQippVeU

The 33-year-old has totaled 155 yards on 13 receptions this season in four games and finished with 46 combined yards on Thursday night.

However, Jackson missed Weeks 4-6 through injury already this season, forcing other receivers to step up. In his absence, Travis Fulgham and Greg Ward have become Carson Wentz’s top two wideout targets in the Eagles offense, while Richard Rodgers has started at tight end in the injury absences of Zach Ertz and Dallas Goedert.

After playing in 11 games of more in his first seven NFL seasons, Jackson has been seen more on the sidelines than on the playing field. Jackson returned to Philadelphia from the Tampa Bay Buccaneers ahead of the 2019 season, but only played in three games last season while registering 159 yards and two touchdowns.

Here’s the injury, which was the result of a late, dirty hit by Madre Harper.

Jackson becomes the latest Eagles offensive player to suffer an injury, joining Ertz, Goedert, Miles Sanders, and Jalen Reagor. The positive news for Eagles fans though is Alshon Jeffery has been practicing after offseason foot surgery while Reagor should be back soon from a torn muscle in his finger.

The 2-4-1 Eagles next host the Dallas Cowboys on November 1.