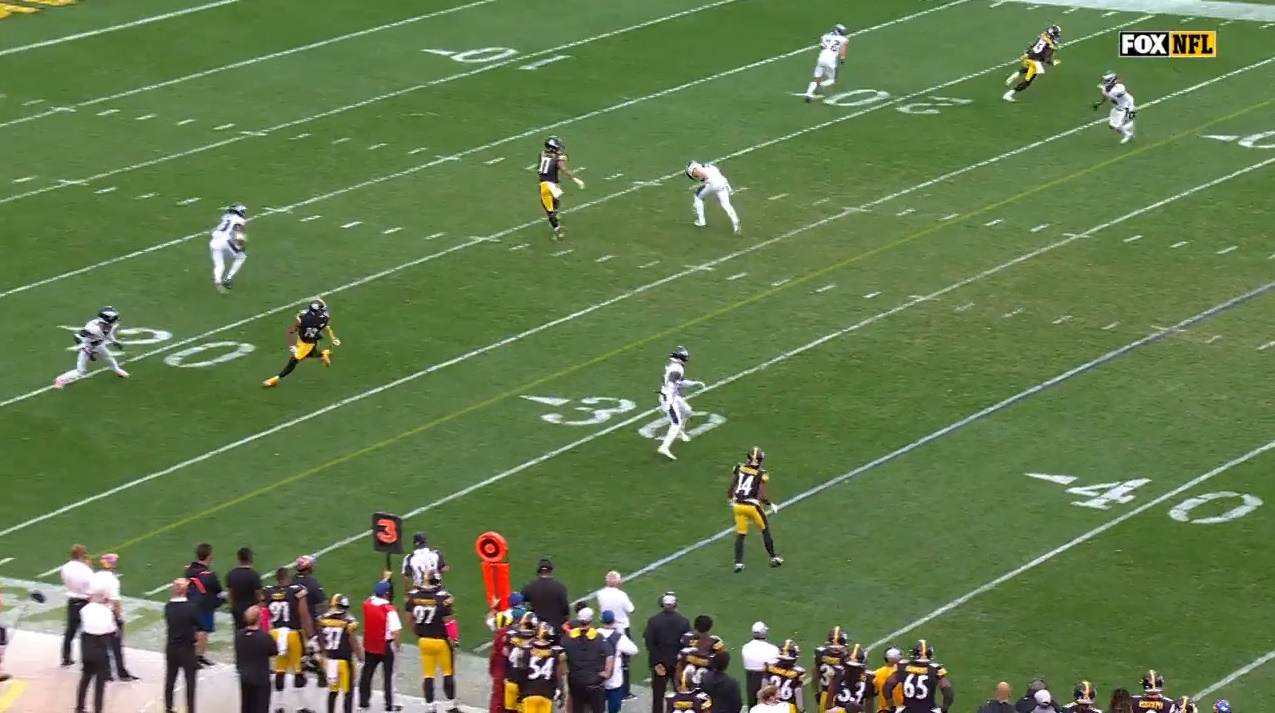 The Philadelphia Eagles fought their tails off at Heinz Field on Sunday, but eventually fell for the third time in this season.

Ben Roethlisberger threw for 239 yards and three touchdowns while wide receiver Chase Claypool totaled four (!) scores in a 38-29 home in over the visiting Eagles. Doug Pederson’s team got two touchdowns from Miles Sanders and a 152-yard, a huge game by Travis Fulgham, but their late push for a win fell short.

The Eagles hit back twice in the opening two quarters with Sanders rushing in touchdowns from 74 yards and one yard, after Claypool scored on a two-yard run and a 32-yard catch and run.

Chris Boswell’s 41-yard field goal gave Pittsburgh a 17-14 lead at halftime before Mike Tomlin’s group scored an additional 14 points to take a 31-14 lead midway through the third quarter. Philadelphia did not lie down though as Carson Wentz connected with Greg Ward on an eight-yard score before hitting Fulgham on a four-yard touchdown to end a busy third quarter.

Jake Elliott attempted a 57-yard field goal before the quarter ended, but his effort missed wide right. Pittsburgh took advantage of the miss and iced the game in the fourth quarter as Roethlisberger hit a wide-open Claypool for a 35-yard score to pad an eventual 38-29 win.

Wentz was intercepted on a 4th and 20 late in the quarter which ended any late hopes of a comeback for Philly, ultimately subduing the Eagles to a 1-3-1 record through its first five games.

Pittsburgh lost one fumble in the game, but Wentz’s two interceptions hurt the Eagles’ chances of making this game closer.

The Eagles schedule doesn’t get any easier with a home Week 6 showdown with the Baltimore Ravens coming up next. Pittsburgh (4-0) remains at home next week to welcome in the 3-1 Cleveland Browns.