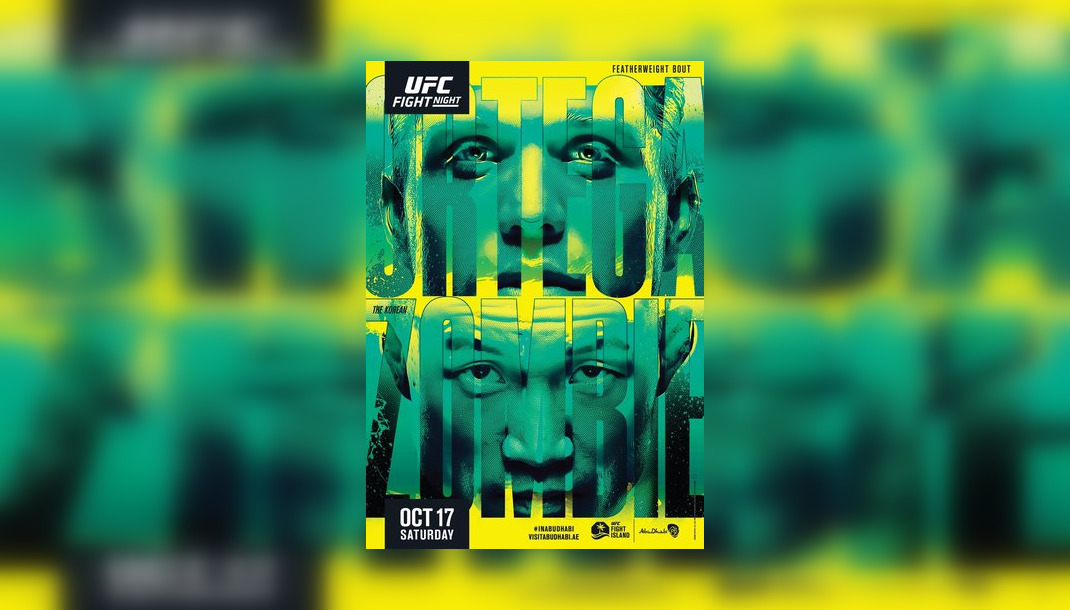 Another week, another card of free* fights courtesy of the UFC. Free, assuming you have access to ESPN+.

Last week, Fight Island was home to what is not only knockout of the year, but likely the wildest knockout I’ve seen in my life.

THIS IS ONE OF THE CRAZIEST KNOCKOUTS YOU WILL EVER SEE! 💥

Wild things happen when two competitive people step into the octagon and the cage is closed. That said, here are the two fights I’m highlighting for tonight’s UFC Fight Night 180.

Andrade, on the other hand, is a former strawweight champion and is making the move up in weight after back-to-back losses to champ Zhang Weilli and former champ Rose Namajunas. Andrade is as tough as they come, though, holding wins over Namajunas, Tecia Torres, Claudia Gadelha, Karolina Kowalkiewicz, and Joanne Calderwood.

This fight will be a good litmus test for both Chookagian and Andrade – does Chookagian prove to be the baddest woman at 125 not named Valentina Shevchenko? How will Andrade perform fighting up 10 pounds after a long stint at strawweight? Who does the winner fight, is it a guaranteed shot against Shevchenko or will they have to go through Cynthia Calvillo? There’s a lot riding on this fight.

Whenever Chookagian fights I usually find myself in her corner as she’s as close to a hometown fighter we have (Quakertown stand up!) but I’m not so sure here – Andrade is a beast. Her resume speaks for itself. The bet to make here is picking either fighter to win a decision or the outright moneyline as neither really has consistent knockout power. To win a decision is +165 for Chookagian and +188 for Andrade. The odds are all too close – I lean Chookagian by decision.

The main event – the pièce de résistance of the card features two featherweight veterans with title implications on the line. The second-ranked featherweight, Brian Ortega, opens as an underdog against the fourth-ranked longtime featherweight “Korean Zombie.”

Ortega hasn’t fought since December 2018, a knockout loss to then-champ Max Holloway. It was his first loss in professional fighting. All six of his UFC wins have come by stoppage, three knockout, three submissions.

Zombie has been in the UFC since 2011 but had to take a layoff between 2013 and 2017 for military service. His last fight before the layoff came for the featherweight title, a fight he lost to Jose Aldo. Since returning in 2017 all four of his fights have resulted in “Of the Night bonuses.” He’s 3-1 with three knockout wins over Dennis Bermudez, Renato Moicano, and Frankie Edgar.

This fight is going to be absolutely wild. Zombie to win by stoppage is going at +100, Ortega to do the same is +225.  There are slightly better odds for Zombie to win by KO, TKO, or DQ, +110. I don’t think this fight will hit the judges’ scorecard. This isn’t one of those fights where the two guys respect each other and keep a distance. Someone will go to sleep – the question is who?

I lean toward a Zombie win – take ring rust into consideration for Ortega. This is no slight on Ortega, either. I feel like folks are forgetting just how good he was before running into the Mack Truck that is Max Holloway. Get your popcorn ready, I’d lock these guys in for an “Of the Night” bonus – I just hope you’re on the right side of the betting outcome.