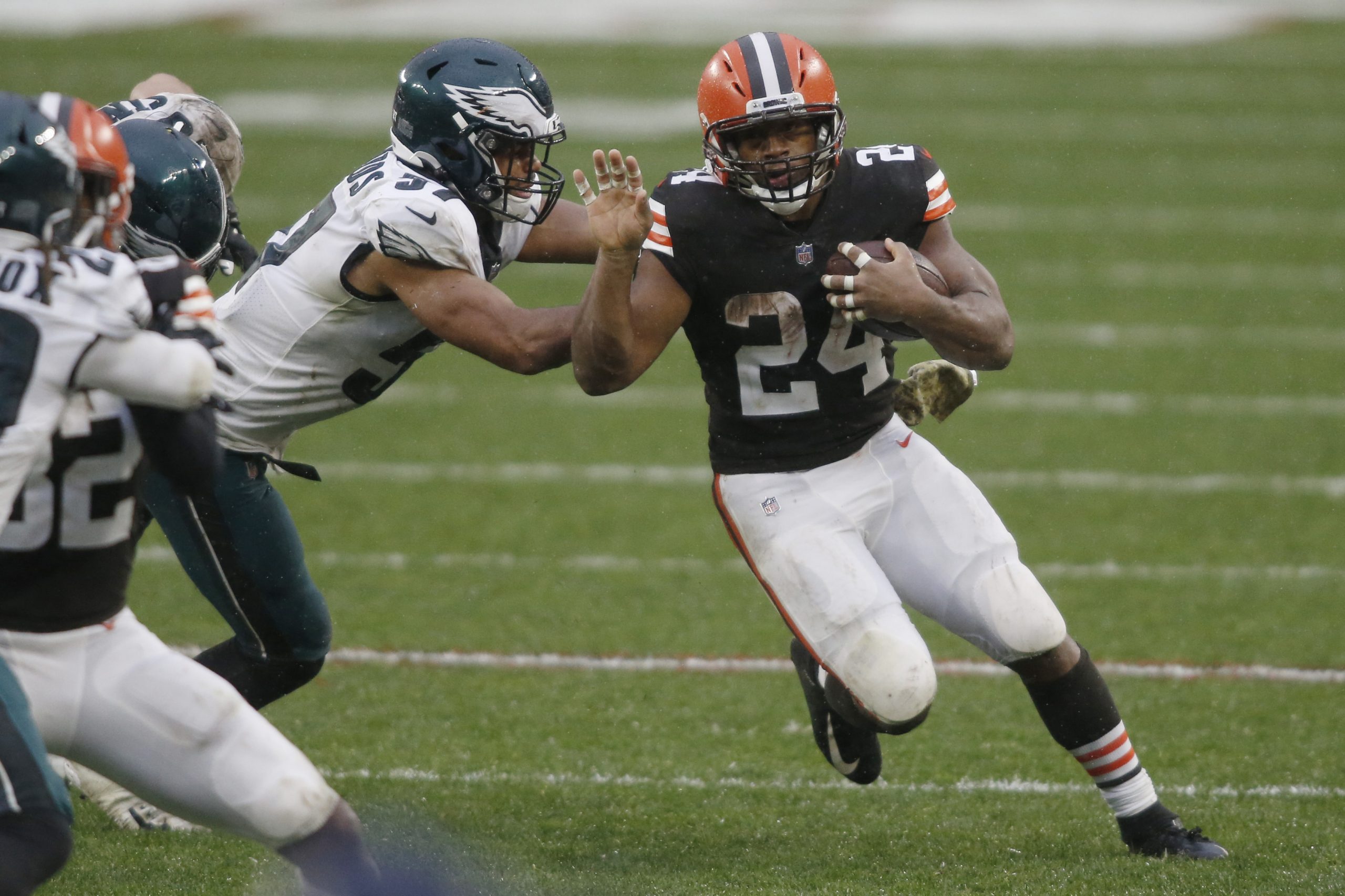 The Philadelphia Eagles continued their dismal 2020 NFL season on Sunday after suffering a first lost to the Cleveland Browns since 1994.

Carson Wentz threw two interceptions while Miles Sanders fumbled once in a 22-17 loss at First Energy Stadium in Ohio. It was the Eagles sixth defeat of the season and their second in a row following the bye week.

Sanders’ fumble came in the first quarter, but luckily the Eagles defense bailed him out and stopped the Browns on the ensuing possession. However, the Browns defense got on the board first after Wentz’s first key mistake of the afternoon.

Sione Takitaki intercepted Wentz’s pass late in the first quarter and returned it 50 yards for a 7-0 Browns lead.

PICK SIX❗️@DenzelWard applies the pressure and @STakitaki takes it to the house! 🏡

After a scoreless second quarter, the Eagles would tie things up in the third after Wentz connected with tight end Richard Rodgers for a 19-yard score. It was Rodgers’ first touchdown since 2017.

Defense leads to offense and we’re all tied up.#PHIvsCLE | #FlyEaglesFly

Cody Parkey extended the Browns lead to 10-7 after successfully kicking a 46-yard field goal before the defense shined once again. Olivier Vernon sacked Wentz in the end zone for a safety, making it 12-7 and giving the Browns more breathing room in the sloppy conditions.

Despite a forced fumble by Fletcher Cox and a blocked field goal by the Eagles after halftime, the Browns would ice the game after a five-yard rushing score by Kareem Hunt and a 28-yard field goal by Parkey.

Wentz tossed his second interception of the day, this time trying to connect with Alshon Jeffery, late in the fourth quarter. Dallas Goedert scored on a four-yard pass from Wentz in the dying stages of the game, but it was too little too late for Doug Pederson’s side who missed another opportunity to pull away in the NFC East race.

Cleveland moved to 7-3 this season and next travels to Jacksonville and Tennessee respectively. The Eagles begin a tough stretch of their schedule in Week 12 with Russell Wilson and the Seattle Seahawks coming to town on a Monday night.