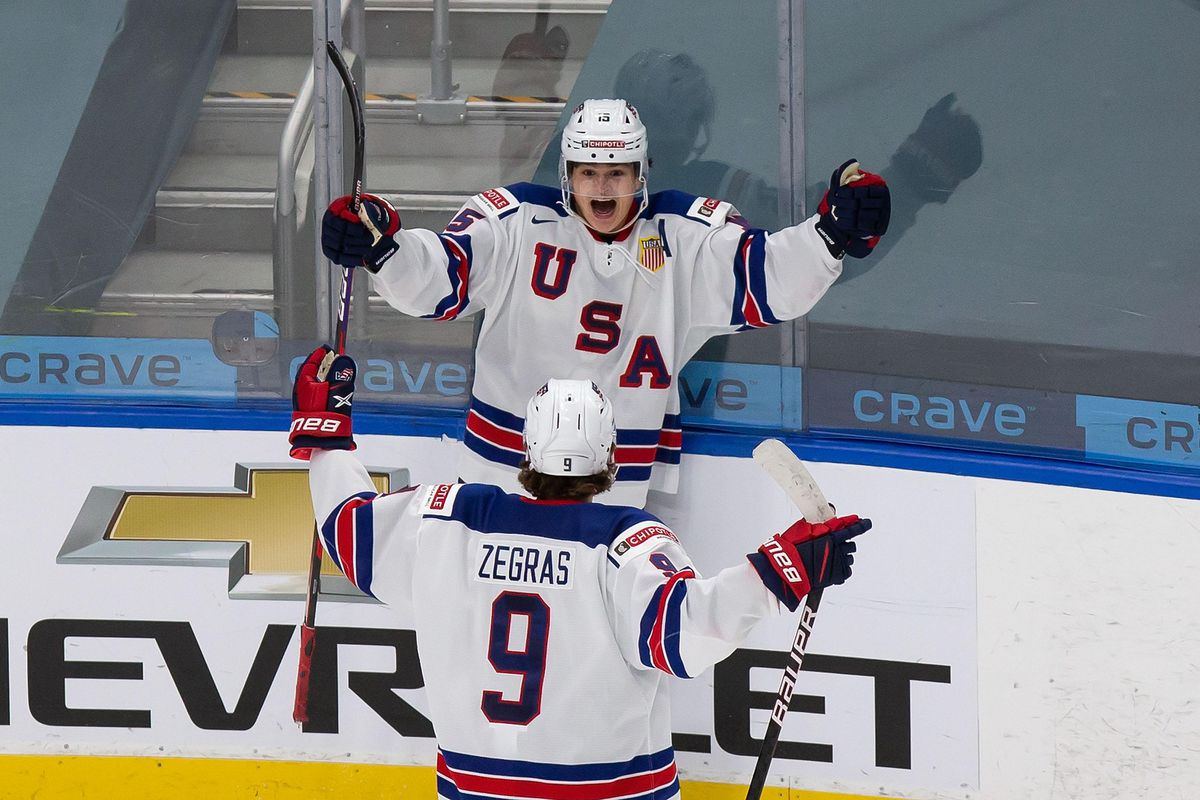 A pair of Philadelphia Flyers prospects won a Gold Medal on Tuesday night.

Cam York and Bobby Brink both played a role in Team USA’s 2-0 World Juniors Championship Final win over Team Canada. It was York’s 20th birthday as well, who also served as captain of the team.

Goalkeeper Spencer Knight made 34 saves in the shutout, a fourth overall shutout for the Americans in the tournament.

The scoring started at the 13:25 mark of the first period with Alex Turcotte deflecting Drew Helleson’s shot in for a 1-0 USA lead. Just 0:32 seconds into the second, Trevor Zegras added to the lead with a goal from the side of the net to make it 2-0.

Captain America Cam York with the hoist on his 20th birthday.

After that, Knight did the rest for the Americans, making 15 third period saves to preserve the victory.

York finished with 20:13 of ice time while recording two shots on goal. Brink had one shot on goal in 15-18 of ice time.

Both players will now return home ahead of the unknown, with minor league hockey still undecided for 2021 due to the COVID-19 pandemic.