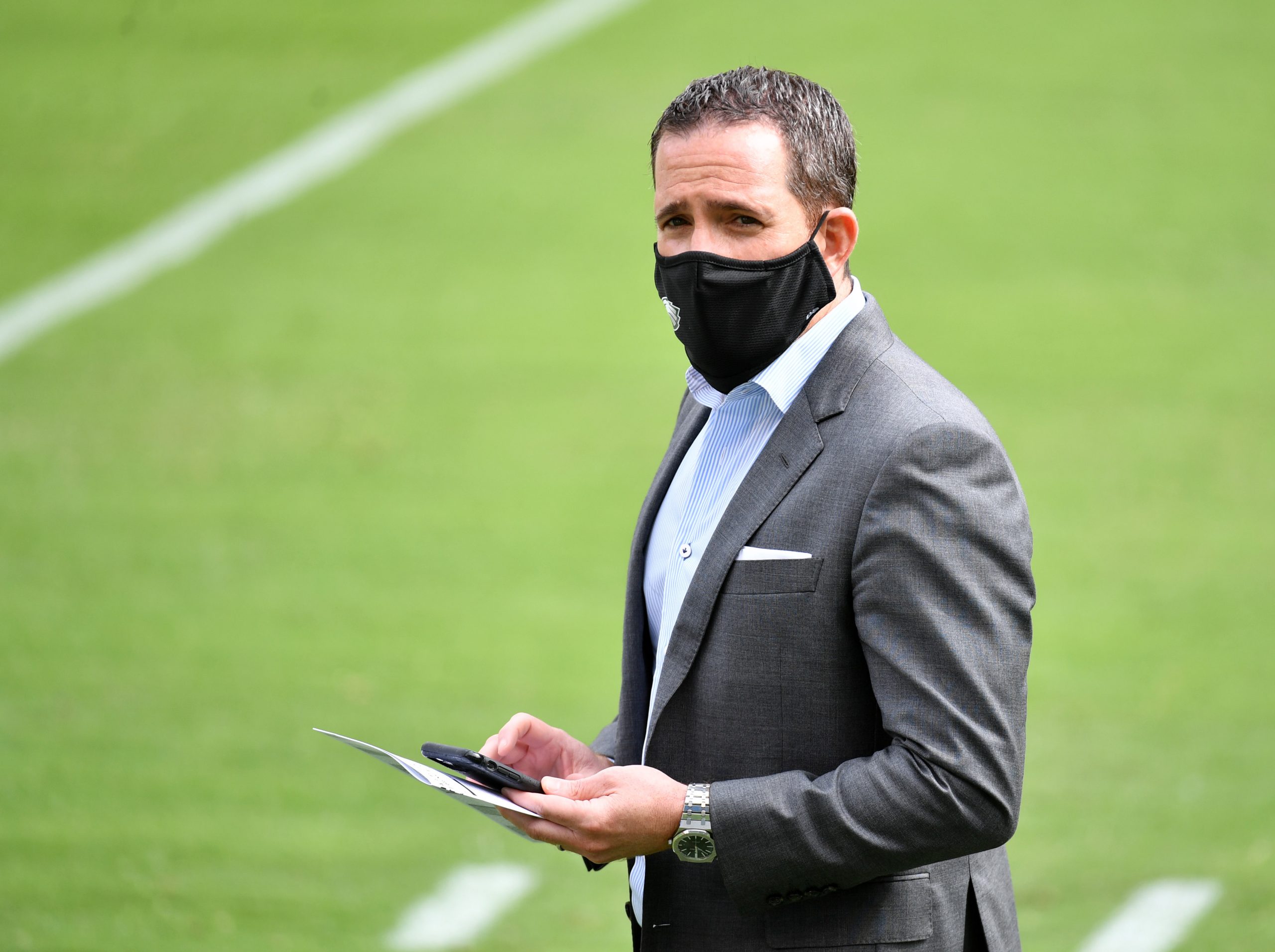 Carson Wentz’s dismal 2020 campaign is just one of many issues for Philadelphia Eagles GM Howie Roseman to consider this offseason, but the 45-year-old isn’t planning on letting his quarterback loose anytime soon.

Roseman answered several questions on Monday at his end-of-season press conference regarding Wentz’s performances in an eventual 4-11-1 season and many were about whether or not the team would be open to trading him. Despite Wentz reportedly wanting out of Philadelphia following his benching ahead of Week 13, the Eagles aren’t ready to part with the former Super Bowl winner just yet.

“In terms of Carson, I don’t think it’s a secret that we moved up for him because of what we thought about him as a person, as a player,” Roseman said. “We gave him that extension because of the same things. And so, when you have players like that, they are like fingers on your hand. You can’t even imagine that they are not part of you; that they are not here. That’s how we feel about Carson.”

While Wentz was not good in his fifth NFL season under center, the Eagles overall weren’t good either as a whole. The team struggled to find a No. 1 wide receiver within the offense, injuries hurt both the offensive line and tight end corps, and the defensive secondary was torched week-by-week with a few exceptions late in the season.

Wentz’s turnovers were a major issue which eventually led to his benching by Doug Pederson, but realistically the Eagles weren’t in any fight to truly make a run at a Super Bowl despite being mathematically alive until a Week 16 loss. Hurts’ arrival was also a need for the Eagles after Nick Foles departure and especially with an inexperienced Nate Sudfeld remaining as the only quarterback on the roster outside of Wentz.

While many teams may be interested in the former South Dakota State product, the Eagles aren’t agreeing with a lot of the negative talk surrounding Wentz and his coaching staff.

“Listen, I’m not going to speak for Carson, obviously but I can speak for myself and say that, yeah, the relationship is good,” Pederson said. “It’s fine. It’s something that we’re going to continue to build upon, and listen, I know Carson’s disappointed. It’s not the season that he had anticipated. It’s not the season I had anticipated as the head coach. There were a lot of moving parts. It’s not about one guy here. It takes all of us and that’s something that we’ve stressed a lot here.”

And I know we can do that [get back to success] and obviously surrounding the quarterback position with the right guys with the right men and that’s also something that we’re going to work on this off-season.”

In addition to Wentz’s future with the team, Pederson’s is one that many fans are eager to see what happens. Pederson helped lead the team to a Super Bowl title in 2018, but showed many negative signs in his playcalling in 2020, a duty which could be passed off if the Eagles bring in an offensive coordinator.

Roseman has continued to work with Pederson on how to improve the team going forward and remains full of confidence for the former NFL QB and how he runs the team.

“But I have total trust in him and his decision-making and whatever he thinks is best for the team.”