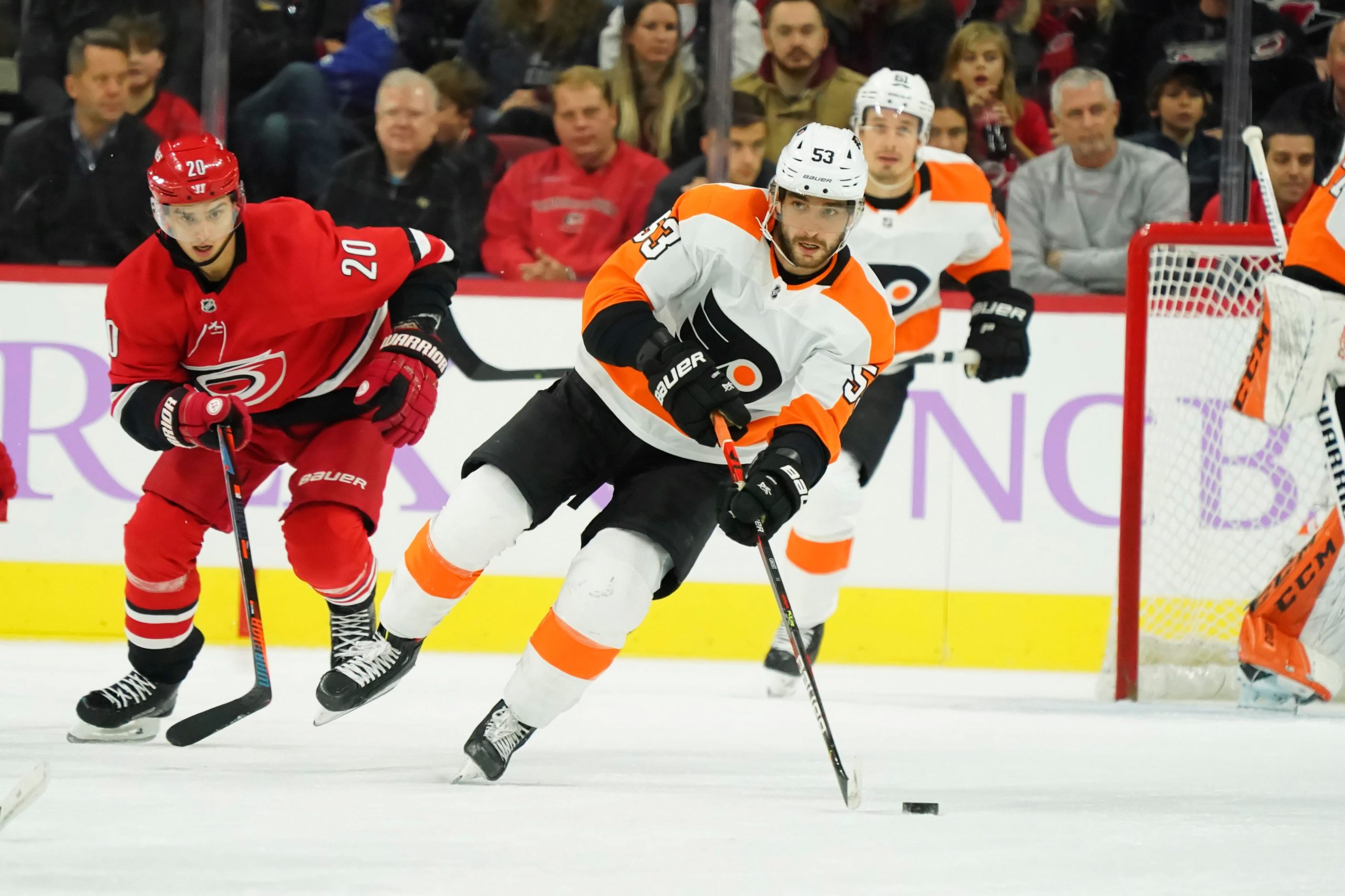 Shayne Gostisbehere has always had the talent. The Philadelphia Flyers defenseman has shown it time and time again under different head coaches. Now the goal for Gostisbehere is to make the most of a clean slate in 2021.

Gostisbehere comes into the 2021 season as a veteran for the Orange and Black and fully healthy in what will be another challenge for all 32 National Hockey League teams. A re-adjusted 56 game regular season for the team kicks off on January 13, another opportunity for the 26-year-old defenseman to showcase his skills for a surging Flyers franchise.

Injuries have plagued Gostisbehere’s career at times, but he returned in the postseason in 2020 to help the Flyers reach the second round. Now the goal for him is to play in every game possible and continue pushing the team towards a Stanley Cup.

“I had a very good meeting with Shayne prior to camp,” Flyers head coach Alain Vigneault said. “We both expressed ourselves. He’s a very smart young man. He wants to play and wants to help this team win. He’s going to get an opportunity. He’s got to prove himself obviously. I think for the first time since I’ve been here, he’s 100 percent healthy, which is real positive for him.  He’s coming in here with a real good attitude. Obviously, no exhibition games, but we’re paying a lot of attention to the scrimmages. We’ve got that intersquad game on the 10th. We’ll see what happens, how well he plays and how well he can help contribute to us winning some games.”

“Basically, we just had a good talk in the sense that it’s a clean slate,” Gostisbehere said. “For him and I, we talked out obviously last season. I went through a tough time with injuries and really couldn’t be the player I wanted to be. I just told him I’m healthy and feel really good right now. This is the first time in a couple of years that I feel really good. I think it was a good talk, and like I said, it’s a clean slate going into the season.”

Gostisbehere missed a lengthy period of time last season due to an aggravated knee injury, an issue that he’s dealt with in seasons past. Still, the Florida native played in 47 combined games and was able to make an impact on the blue line when called upon.

Now, Ghost and his teammates are back in their home market, readying to play games at both the Wells Fargo Center, and several other NHL stadiums albeit with no fans. It’s a new opportunity for him to prove his worth with the team after several seasons of being linked with reported trades elsewhere. It’s a new challenge that he has continued preparing for in the offseason and into the new year.

“It definitely helped [having a training camp in July],” Gostisbehere said. “Moving forward, I think it made me realize maybe I wasn’t 100% healthy, but I could still play, and I could still have an effect on the game positively and help my team win. It built motivation in me, proof is in the pudding if you can get healthy you can be the player you once were, so I think that was my main focus.”

“I’ve dealt through injuries a pretty good part of my career and obviously, when you sprinkle some trade rumors on top of that and not playing and you can’t get in the line-up, it’s definitely tough mentally. I think for myself, this break, not summer, I just worked on doing what is in my control. I can’t control what is going to happen. I can’t control where I am going to go. The only thing I can control is getting healthy and becoming the best player I can be.”