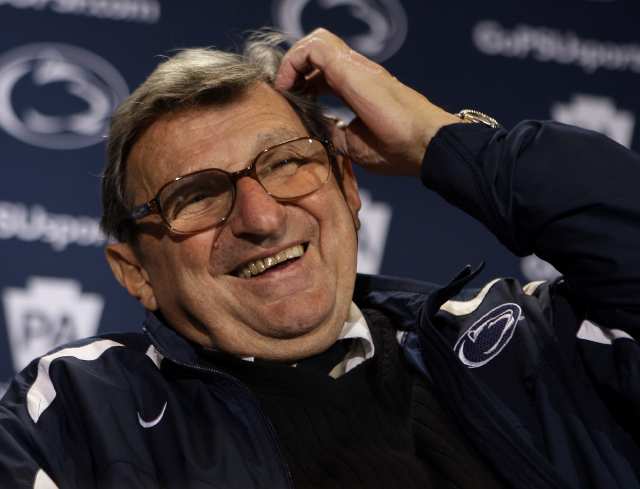 Everybody loves BEER right! Well how about Joe Pa beer? Thats right, a Pennsylvania based brewery is creating “The Paterno LEGACY Series of beer.” The Duquesne Brewing Company, which is based in Latrobe, PA, the home of Paterno’s widow Sue, Decided to roll this campaign out just in time for football/tailgating season. If you were wondering what Joe Paterno’s son Jay is doing these days, he is working on this project, with the brewery. But please DBC, don’t stop there! I’m thinking you should roll out a whole line of PSU beers. How about a “Sandusky Skum-Sour” or  a “Mike McQueary Punk-Porter.”  That will sell! And since were talking about Joe Pa…1 time for old times sake THE GREATEST INTERVIEW EVER “Can you hear me Mad-Dog?!” 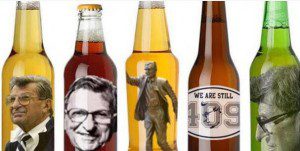 Staying with beer, only I’m thinking this will taste much better. “36 Foot Brewing Company,” a Maryland based brewery, with a Philly state of mind released a new IPA this past weekend. Cant say I pay that much attention to the caps on beer bottles but I’m pretty sure these caps will end up in the beer cap Hall Of Fame. 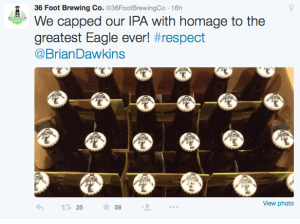 Paul McCartney rolled through the area over the weekend. First he shut down the main stage at Firefly on Friday night and then played to a jam packed Wells Fargo Center last night. For a man that just turned 73, he looks great and can still perform his ass off. Check out the setlist from the Wells Fargo show. 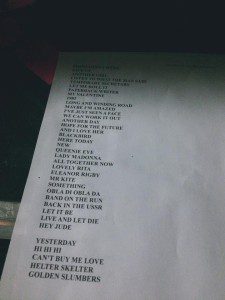 Every year ESPN rolls out the “Body Issue.” Not my style of hat but it looks good on you though. Only reason why I bring it up is because a former Philly athlete is on the list this year. (ESPN)

And finally a word from the weekend. On Saturday, I spent my day (9 hours) at O’Leary’s Funeral Home in Springfield. I played an extra in a show that is written and produced by some of the funniest people to ever come out of Philly, (Delco to be exact) The boys from BirdText, Tommy Pope and John Mckeever. You might know them from such hits as “The return of Pat Burrell” or my personal favorite, “Deck the Hall & Oates.” Well, I can tell you right now, be on the lookout for Knuckleheads. Its a Comedy Central production that should be coming out soon. They taped all weekend here in Philly and every scene is slammed with gut-busting laughs. These dudes are talented and deserve a shot for everybody to see. Best of luck to the Bird Text fam. ***Both Tommy and John are in for a future taping of the Podcast so look the fu*k out! 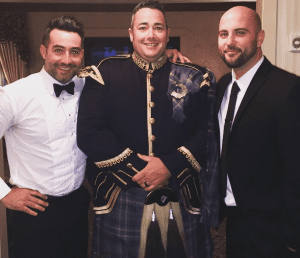