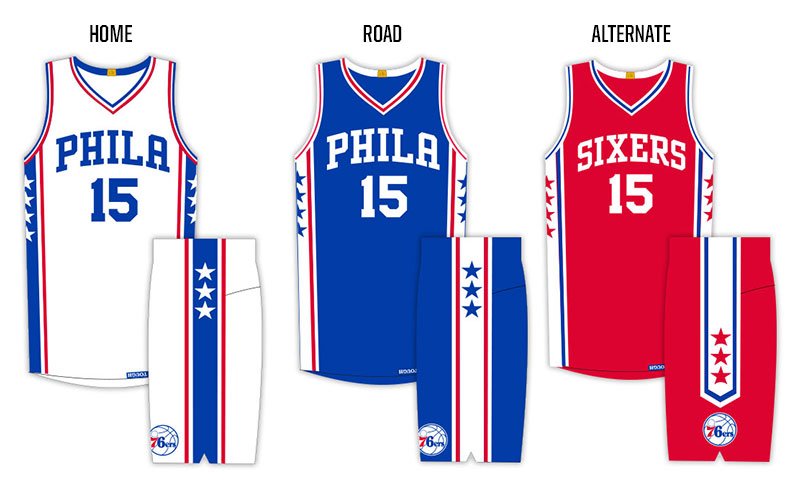 As Sam Hinkie prepares to devour the competition again in next Thursdays NBA draft, the rest of the 76ers organization is doing everything possible to create buzz and fanfare. So, what really fires up the fanbase, releasing new uniforms! It was funny to read Andre Iguodala’s comment to Sixers PR guy, Michael Preston on IG, “Y’all switch uniforms like jeans.” And doesn’t it feel that way? Eh, who cares, lets have some fun. To be honest with you, I was blown away by how many Sixers fans showed up. The line to get in at 6:30PM was wrapped all the way around “The Center.” Once the festivities kicked off, the Sixers rolled out the best of the best. Moses, AI, World, Bobby Jones and my favorite, Darryl Dawkins. (He would be a fantastic podcast. I once partied with him, he wasn’t drinking but damn, did he own the room) Marc Zumoff handled the emcee duties and was aided by the newly married, Molly Sullivan-FRENCH. Hello! It was a cool event & the jerseys are nice, nothing crazy like the Clippers. (even though I kind of like the new Clippers logo) It was under 45 minutes and then once it ended, if you were quick and rushed the floor like a lot of fans did, you had the opportunity to get a close up of “Sixers Royalty,” (credit Zum on that) as they were doing interviews on the floor. The only complaint I heard was, no Nerlens Noel (on an island) and No Joel Embiid (We know why) in attendance. I understand your point Sixer fan. Below are some pics from the night. *I was rolling on the video camera but bagged that as I hopped on Periscope for the Iverson speech. Follow me people! 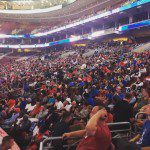 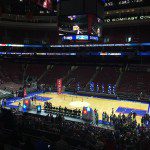 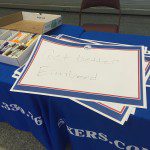 A heartfelt Message For JoJo 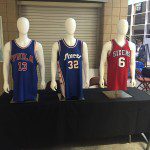 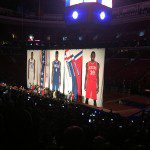 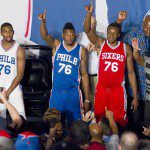 These guys play for the Sixers 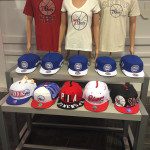