Chip Kelly was married for seven years before realizing married life wasn’t for him.

Charlie Manuel realized the third time was the charm before tying the knot on Sunday with Missy Martin, his long-time fiancée, which would turn out to be his third marriage. 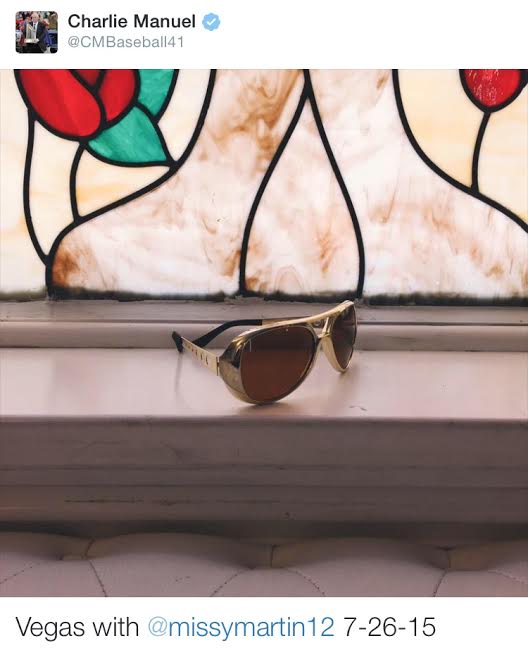 Here’s some background on Charlie and Missy’s relationship, which has lasted 20 years.

While they don’t have kids together, Manuel considers Martin’s three children his own, and his two children hers. So, it’s almost like a real family. Kind of. Sort of.