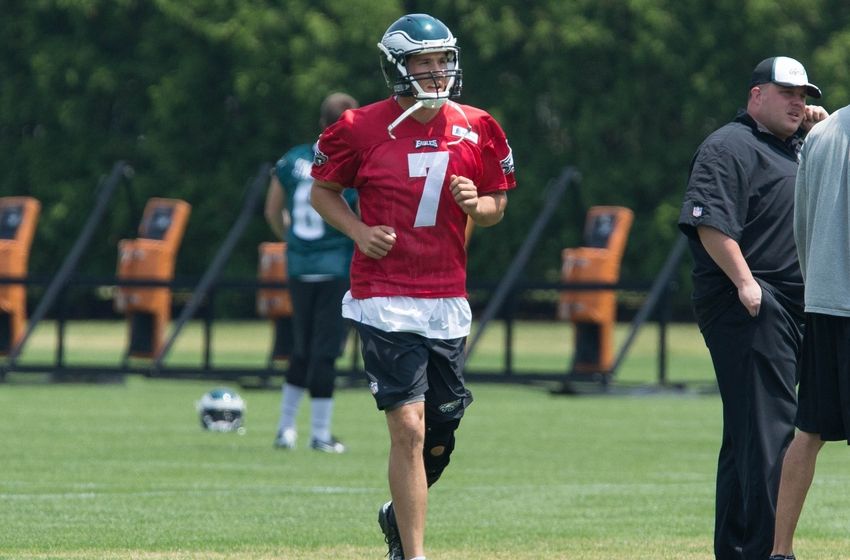 Back in June during organized team activities, or OTAs as everyone else likes to call them, Sam Bradford participated in some limited drills with the other quarterbacks and said that if he wasn’t ready for training camp, then something had to have gone terribly wrong.

We’re close to August 2nd and it looks like nothing has gone terribly wrong [yet].

“According to a person familiar with the situation who requested anonymity, Bradford is “looking great”, has been in the rehab room close to every day this summer, and should be ready to go when training camp opens. That means Bradford should be out on the field for 11-on-11 drills for the start of training camp.”

This is good news for Bradford and the Eagles. Despite rumors after the trade with the Rams that sent Nick Foles to St. Louis that Bradford wanted to sign a contract extension before the season, the current rumor is that now he doesn’t want to sign an extension onto his one-year, $13 million essential deal. That means he’s looking to have a huge year for a huge payday next offseason, and that could only be good for the team and fans. Of course, if he gets injured again, he likely won’t be signing a big extension with any team, but this is akin to Jeremy Maclin wanting to sign a one-year deal with the Eagles last season so he can show his worth after sitting out the year before with a torn ACL. It got him a very fat contract with the Chiefs and he went onto reunite with Andy Reid.

Bradford is the best quarterback on the roster at this point. He should be the starter. I’m cautiously excited about this development.