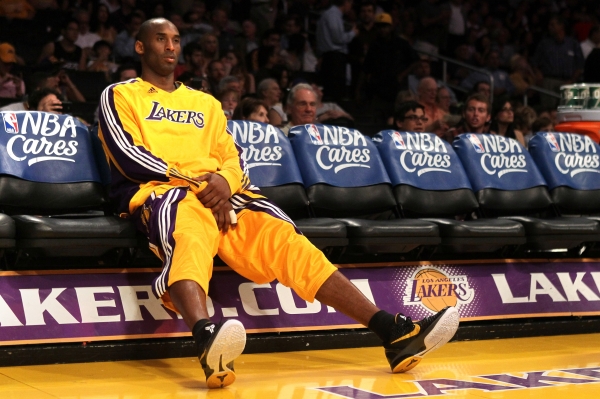 We told you last night that Kobe Bryant announced that he is retiring after this season is over and while this is sad news to those fans of true basketball, there had been a major hint that this news was coming at some point. Bryant had hired a film crew to follow him around this season for a documentary, which led further to the retirement speculation.

While many in Philadelphia are not fans of Kobe, especially from the 2001 NBA Finals when he brought the Larry O’Brien trophy to the Game 5 post-game press conference, one has to admire the career he had.

"I've known for awhile…I had to accept the fact I don't want to do this anymore" -Kobe Bryant #LiveonSC pic.twitter.com/0BGguJMgg5

If you’ve seen Kobe play this season, you know that he is clearly not the same. He’s averaging 15.7 points, 3.4 assists and 4.1 rebounds per game on the year. His shooting percentage is awful and his body just can’t keep up with his heart and determination.

The stars took to Twitter with their reaction to the Kobe retirement news. Here’s what some had to say:

We have lived incredible moments together on and off the court. Thanks for everything brother! @kobebryant #ThankYouKobe

You loved the game @kobebryant and the game loved you back! Proud to know you and honored to have represented the #PurpleandGold together!

It was a night of Kobe Bryant in LA, but hear what @yg_trece had to say after the @pacers win. https://t.co/BAlHkFFxSv

Hard to believe @kobebryant is finally going to hang it up. One of the NBA's great champions. Enjoy the rest of this season my friend.

Nothing but tremendous respect and admiration for @kobebryant I have always been the biggest fan of his competitive drive. Thank you

One of the TRUE KINGS of the game. You are one the greatest to ever do it, my friend. #Kobe #BlackMamba #VinoClub https://t.co/Gn7DAB2src

As one could imagine, ticket prices are now going through the roof to see Bryant play. Kobe will play in Philadelphia one final time on Tuesday night. Get your tickets for that here. And here.