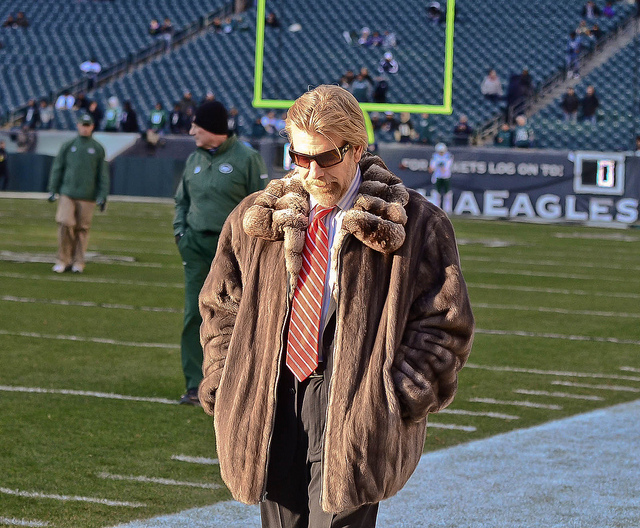 Philadelphia media darling, Howard Eskin, is very passionate about whether Cliff Lee should return to MLB for another season or not, as we’d learn on Thursday. Cliff Lee was medically cleared to return to baseball in the 2016 season, after missing the entire 2015 season because of a torn tendon in his left elbow. The Phillies declined his $27.5 million option for the 2016 season. If Lee does in fact play this season, it will be on another team after Philadelphia bought out his contract for $12.5 million.

Eskin, who’s known for being arrogant and over the top savors having the spotlight on him. Hence, him wanting to become the Mayor of Philadelphia in his latest play for attention. Earlier this year he voiced his displeasure for Caitlyn Jenner, who just happened to be in the national spotlight at the time. Go figure that he’d go after Jenner.

Upon hearing word that Lee would make an attempt to pitch in MLB next season, Eskin took to Twitter in a now deleted tweet to voice his displeasure with this news. 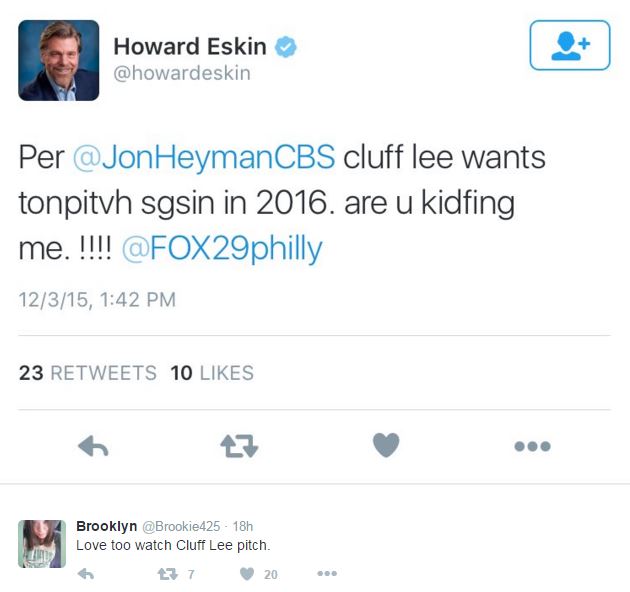 After initially reading this tweet, I was hoping to find a “translate” into English button somewhere – but I wasn’t so lucky.

Shoutout to Brooklyn (@Brookie425)! We love to see Cluff Lee pitch as well, though I originally thought that Eskin might’ve been referring to a long lost family member of Cliff Lee that we don’t know about. Lee according to Eskin wants to “tonpitvh sgsin in 2016,” which is great news – I think. And no Howie, we’re not “kidfing” you.

After deleting the initial tweet, Eskin came back for part two.

Per @JonHeymanCBS Firmer ?#Phillies pitcher cliff Lee wants to pitch in 2016. Are you kidding me!!!!! @FOX29philly

This time Eskin came back trying to be a bit more romantic as he supplied Twitter with a “Firmer Rose” which I assume is the strongest of all Roses ever placed on this beautiful planet.

Being the sensitive little fella that Eskin is, he had to come back one more time for all the haters.

C’mon, guy! Lighten up. Philly loves you… or not.