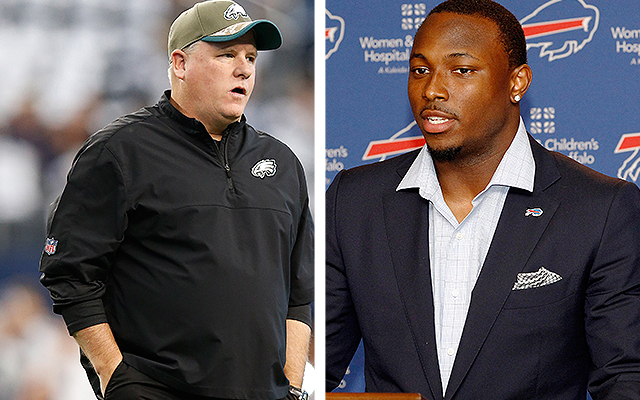 And so it begins.

LeSean McCoy week in Philadelphia has started. The Shady one was on the Mike and Ike Show on 94WIP today to discuss the upcoming Bills-Eagles game, and, among other things, Chip Kelly. As expected, Shady didn’t disappoint.

Shady to @SportsRadioWIP on Chip: "I stand by everything I said. I dont take it back. I have no hatred for Chip." pic.twitter.com/1cNfpNEwYX

Here’s what McCoy had to say about Kelly.

Lesean McCoy said all the right things about love for philly & fans. Won't back down from comments about Chip Kelly. @MikeandIke94WIP

One thing about myself – I will take back nothing I say. I have my own reasons to feel how I felt. The difference between me and other players is [that] they won’t say how they feel. I’m different. I speak how I feel. But I don’t want to relive it. I said what I said. It is what it is. I have no issue with Chip. I don’t have no hatred towards him, but we aren’t best friends or nothing like that.”

Listen to the full podcast here.