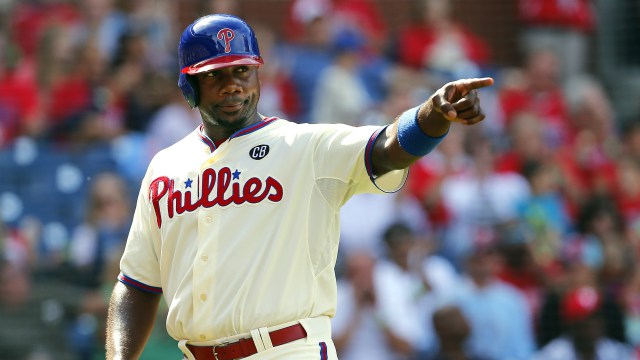 We told you that Ryan Howard was one of the players named in an alleged doping report in an undercover investigation from Al Jazeera. Peyton Manning who was also named in that report is pissed. Apparently Manning isn’t the only one that is mad about this report.

The attorney for Howard says that they will fight the claims made in the report that his client received performance-enhancing drugs. William Burck of the law firm Quinn Emanuel stated the following via Jim Salisbury of CSNPHILLY.COM about the allegations against his clients named in the report, Howard and Ryan Zimmerman of the Washington Nationals.

“It’s inexcusable and irresponsible that Al Jazeera would provide a platform and broadcast outright lies about Mr. Howard and Mr. Zimmerman. The extraordinary reckless claims made against our clients in this report are completely false and rely on a source who has already recanted his claims. We will go to court to hold Al Jazeera and other responsible parties accountable for smearing our clients’ good names.”

It looks like it’s game on. Hopefully for Howard’s sake, his attorney doesn’t swing and miss like Howard is known to do in key situations in the last few years.