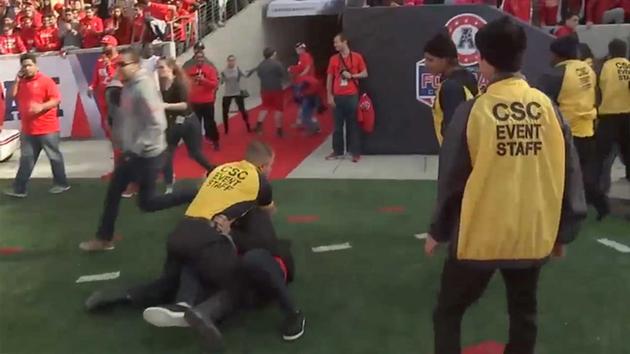 It’s been a hell of a ride for the Temple Owls this season. The Owls finished the regular season with a ten and two record. While they weren’t quite able to take down the Houston Cougars yesterday in the AAC Championship game, the wildest action came after the game was over. As students were rushing the field, a few security guards wend ape shit on some of the fans.

Houston fans are rushing the field. Sort of pic.twitter.com/kPjtD42pbN

Youtube user Robert Dalton posted video of one of the altercations.

Add one more incident to the mix…

University of Houston VP for Intercollegiate Athletics Hunter Yurachek issued a statement after the game.

This won’t be the last that you hear of this incident.