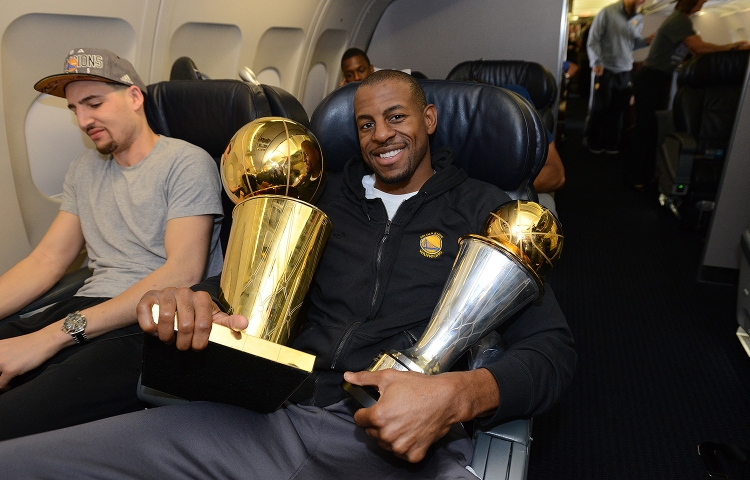 Our old friend, and NBA Champion, Andre Iguodala, has found himself involved in a scandal involving his apparent genius daughter, refusing to fully pay for her education. According to TMZ, Iguodala’s daughter has a 151 IQ and Clayanna Warthen, the child’s mother, says she cannot afford to pay for their daughter’s school expenses.

What makes that interesting is that the school expenses for the child apparently cost more than $18k a month, which is what Iguodala is currently paying in child support. Warthen wants the monthly child support increased to $58k. She also claims Iggy won’t let his daughter meet her other half-sibling, Andre Tyler.

This isn’t new drama with this couple – Warthen sued Iguodala for child support back in 2009.