The Ryan brothers will reunite on the sidelines for the first time in two decades, as Rob Ryan has agreed to join head coach Rex Ryan’s defensive staff with the Buffalo Bills. This is going to make for an amazing shit show.

The Ryan brothers have not worked on the same staff since 1995, when both were assistants with the Arizona Cardinals under their father, and former Eagles head coach, Buddy Ryan. Rex Ryan released the following statement.

Rob Ryan was fired by the Saints in November after he served as the team’s defensive coordinator for two-plus season. The Saints’ defense ranked last in the NFL in both yards allowed and points allowed before Ryan was fired. Of course Rob and Rex’s father Buddy was the head coach of the Eagles from 1986-1990. Buddy’s Eagles team was fun to watch and best known for their menacing defense.

Things are about to get more interesting in Buffalo.

Join us tonight at 7:30 P.M. for our NCAA Championship Game viewing party at JD McGillicuddy’s in Manayunk! We’ve got $2.50 domestic drafts, a live DJ and a free appetizer buffet during halftime! Please RSVP on this Facebook event page for a free block in our Championship Game Block Pool. Everyone attending will receive a block while blocks last. Prizes will be awarded at the end of each quarter. So, come on down and join us. 111 Cotton St, Philadelphia, PA 19127. 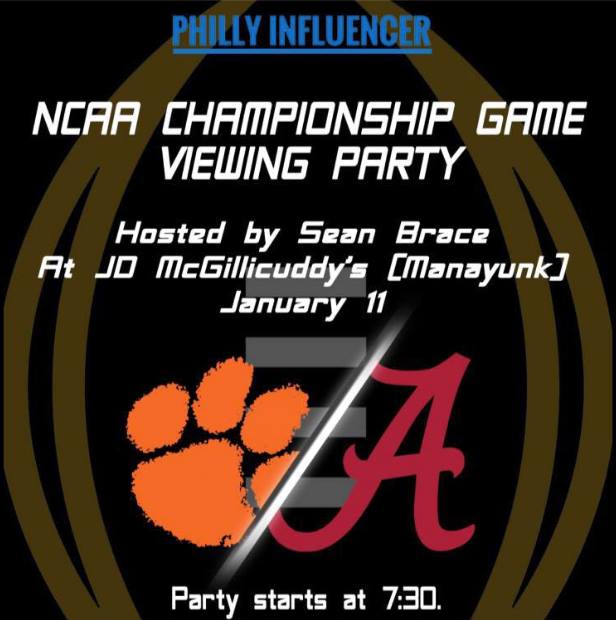