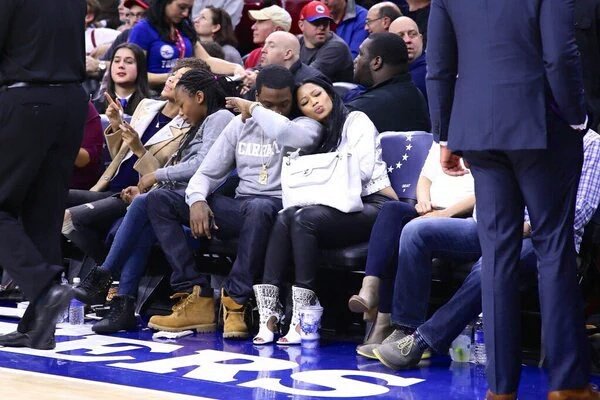 I know most have been saying that the Dab has been dead for some time now, but it’s officially dead now and I absolutely mean it. Last night at the Sixers game, Philly Rapper Meek Mill (sitting courtside with Nicki Minaj) officially ended the trend.

Known for his awful rapping and poor boxing skills, Mill was shown on camera with Minaj and of course Dabbed for the audience.

Please make him go away!!!!!! Whatever that guy does, the opposite needs to occur. He’s that awful. I apologize to all of Philadelphia and for all of Philly for this guy. Our city needs to do better.