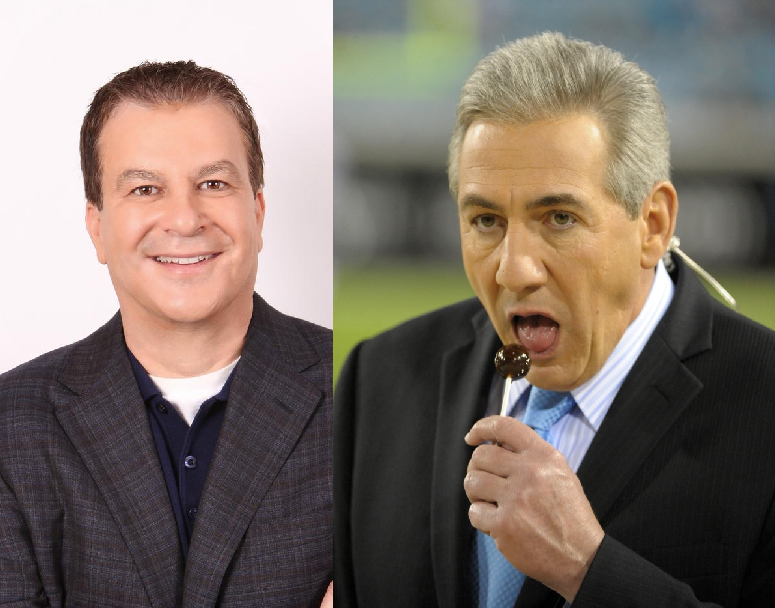 Yesterday, Mike Missanelli and Sal Paolantonio had a rather heated exchange during the Sal Pow-er Hour [I should actually coin that] during Paolantonio’s weekly segment on the show yesterday afternoon. Sal Pal’s issue was apparently that nobody is asking Doug Pederson if he’s talked one-on-one to Sam Bradford yet. And he really hammered that point home during this segment.

Instead, we’re all sitting here waiting to see what angle the team takes in regards to either signing Bradford before free agency hits or possibly not re-signing him at all. It certainly doesn’t look like they want to use the franchise tag on him, nor should they.

During Sal Pal’s appearance on 97.5 The Fanatic on Tuesday, Missanelli aired audio of a previous interview he had with Eagles head coach Doug Pederson while Sal Pal listened – intently, I assume. It sounded like Sal Pal was ready and waiting, because after the clip, he just kept going at Missanelli for the failure to interview the Eagles coach effectively, I guess. Here’s the exchange Missanelli and Paolantonio had with each other:

Sal Pal: Did you ask him if he’s talked to Sam Bradford?

Mike Missanelli: I did not ask him if he’s talked to Sam.

What has transpired between the conversation between the new head coach and the starting quarterback currently on the roster? I mean, they’re having conversations with players and agents all the time. They just re-signed Brent Celek, Zach Ertz and Lane Johnson.

MM: I assume that there has been backchannel discussions

SP: Has anybody asked Doug Pederson the following question: ‘Did you pick up the phone and call your starting quarterback?’

SP: Michael, let’s find out. Did the conversation take place? Has he felt him out? Is he feeling out whether he wants to stay or not? That’s the key here.

MM: Do you think that that’s happened?

SP: I’m asking you did you ask him that question?

MM: No, I didn’t ask him the question. I’m asking you don’t you think that would’ve happened?

SP: Nobody’s asking him that question. He had a press conference – I wasn’t there, I was covering something else – I’m out here, I can’t interact with you guys. The first question I’m gonna ask Doug Pederson is, ‘Have you had a conversation with Sam Bradford? If so, what took place in that conversation?’ If not, ‘Why not? You’re talking to other players. Why haven’t you talked to the quarterback?’ And that, to me, would give us a clear indication as to whether or not they want Sam Bradford on the roster. Because if he hasn’t A) Picked up a phone and talked to him, or B) He hasn’t gotten a good vibe from him, then we know what they’re gonna do.

The mere fact of the matter is this, Mike. He gave you the answer by saying, ‘Well, we can wait for a month. Free agency’s not for, you know, until-‘ That, to me, tells the whole audience, everybody who’s listening to this show right now, that they’re gonna wait and allow Sam Bradford to test free agency because they want to see what he’s gonna get on the open market. By waiting – they didn’t wait for Zach Ertz, he’s not more important than – he just said that the quarterback position is the most important position on the team. And yet, he went out of his way to sign Lane Johson – you know, a B-plus, B-minus tackle for a lot of money. Zach Ertz, a B, B-plus tight end, not a world beater. He’s certainly not a Pro Bowler. And Brent Celek. Three players. [They] went out of their way to sign those three players. They didn’t go out of their way to sign Bradford.

So, by giving you the answer he gave you, he’s giving you a clear indication they’re gonna wait to see what Bradford gets on the open market. What kind of competition they have. Because they don’t want to compete against themselves for Bradford.

MM: But it’s pretty well established what he’s gonna get, is it not?

SP: That’s not even the issue. The issue is does he want to stay? And until that somebody asks Doug Pederson the question, ‘Did you find out whether the guy wants to stay? Did you pick up the phone and talk to him?’ We don’t know the answer to that.

MM: Apparently, he’s told other players that he wants to stay.

SP: (Laughing) All right, good. Well, that’s good. They don’t sign the checks. They’re not the one making the decision here. I’m surprised you didn’t ask him that question.

MM: Gee, Sal, I’m sorry I didn’t do the interview to your standards! I apologize for that!

SP: It’s not that, it’s like the one question-

MM: I did the interview, I’m sorry I missed the one question!

SP: It’s the biggest one!

MM: All right, I’m sorry! You know, nice talking to you. Have fun at the Super Bowl!

Missanelli then hangs up on Sal Pal and didn’t sound too happy about it. He thinks Sal was throwing him under the bus on his own show. And, well, he pretty much was.

Here’s the audio of the exchange, courtesy 97.5 The Fanatic, and I included the clip of Missanelli interviewing Pederson so you can get the full context of it.