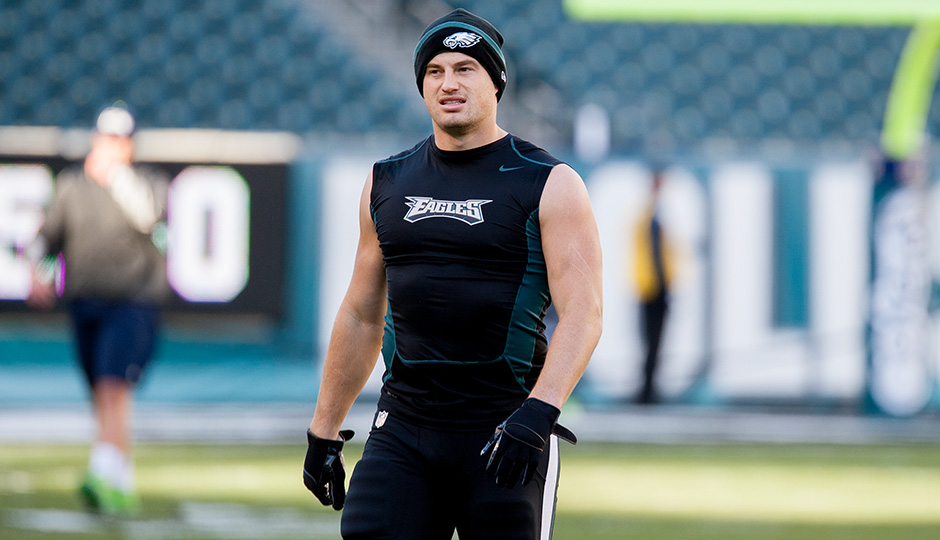 Fresh off of his contract extension, Brent Celek, who said this is the greatest city to play for, made an appearance on the 94WIP Morning Show with Angelo Cataldi on Monday. [ Ed. note: If you’ve ever listened to a Celek interview, you’d find yourself mesmerized in his fascinating answers. Wait, that’s only me? Bugger off.]

Celek is fresh off a new three-year deal, so I’m sure he was eager to talk about some things. Any things. All things.

Celek’s interview led him on a path to talk about his old and new coach. Nah, not Andy Reid. Not his college coaches. Fascinatingly, the subjects of Chip Kelly and Doug Pederson came up. Sure is surprising, isn’t it? Celek did say some interesting things, though, going as far as saying the players were “on board” with Chip. Ehhh…

Here are some of the quotes, via CBS Philly:

I think the players were on board [with Kelly]. It just come down to we weren’t winning football games. We were in good position to win against a team like Washington and we just blew it. There were so many opportunities throughout that season in games, where we could have really turned everything around and we just weren’t doing it.”

I’m excited. Doug was working with the quarterbacks when he was here the first time [in 1999]. Him being a player really helps. I mean he understands the game in many ways. I’m excited to get to work with him, I’m excited to get to see him call plays. He just has a different feel for the game than most people, just from the fact of all of his experiences and the different positions — especially playing quarterback.”

This Eagles team is starting to take shape and they may be better than most expect. Here’s the full audio of Celek’s interview, courtesy of 94WIP.