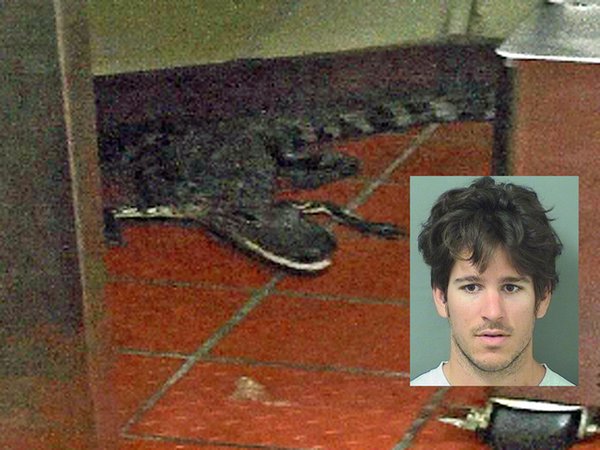 Joshua James, a 23-year-old resident of Jupiter, Florida, was arrested on Tuesday for tossing a live alligator through a Wendy’s drive-thru window. The incident actually happened back in October, but it took U.S. Marshalls some time to track down James, who admitted to the incident and now faces a $6,000 bond for charges of aggravated assault and unlawful possession and transportation of an alligator.

“While the attendant has her back to the window and is at her register, the male driver reaches across the inside of his vehicle in the passenger area and throws an alligator from his vehicle into the drive through window,” according to a Florida Fish and Wildlife Conservation Commission incident report.

As reported by local station WPTV, James said he found the gator by the side of the road. His parents called it “just a stupid prank” on a Wendy’s employee that he knew, adding that James is a prankster who idolized famous crocodile hunter and conservationist Steve Irwin and “does stuff like this because he thinks it’s funny.”

The alligator was released back into the wild.