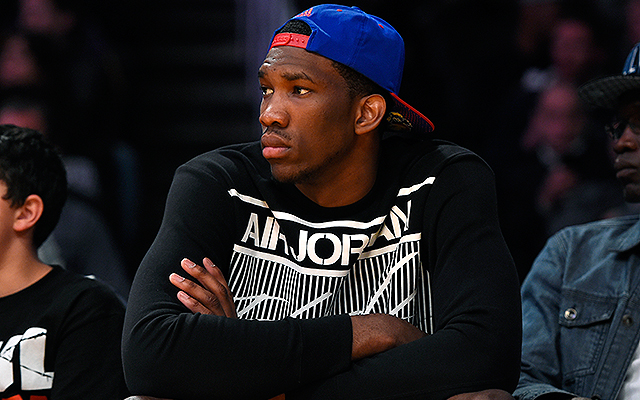 The kid that could make the Sam Hinkie Era worth it in Philadelphia had himself quite a weekend on social media.

Joel Embiid posted a photo of himself, tongue protruding from his mouth and all, on his Instagram page proclaiming himself “#finallyhealthy.” There’s also a new process apparently, one that better include this man.

A “finally healthy” Embiid had his eyes glued to Game 7 of the Western Conference Finals, much like everyone else in the country. After Kevin Durant and the Oklahoma City Thunder were eliminated from the playoffs by the Golden State Warriors, and subsequently squandered a 3-1 series lead, Embiid made his intentions for Durant well known, and he wasn’t exactly subtle about it.

And, for anyone with a not so good memory, Embiid tried to recruit LeBron James to Philly in 2014.