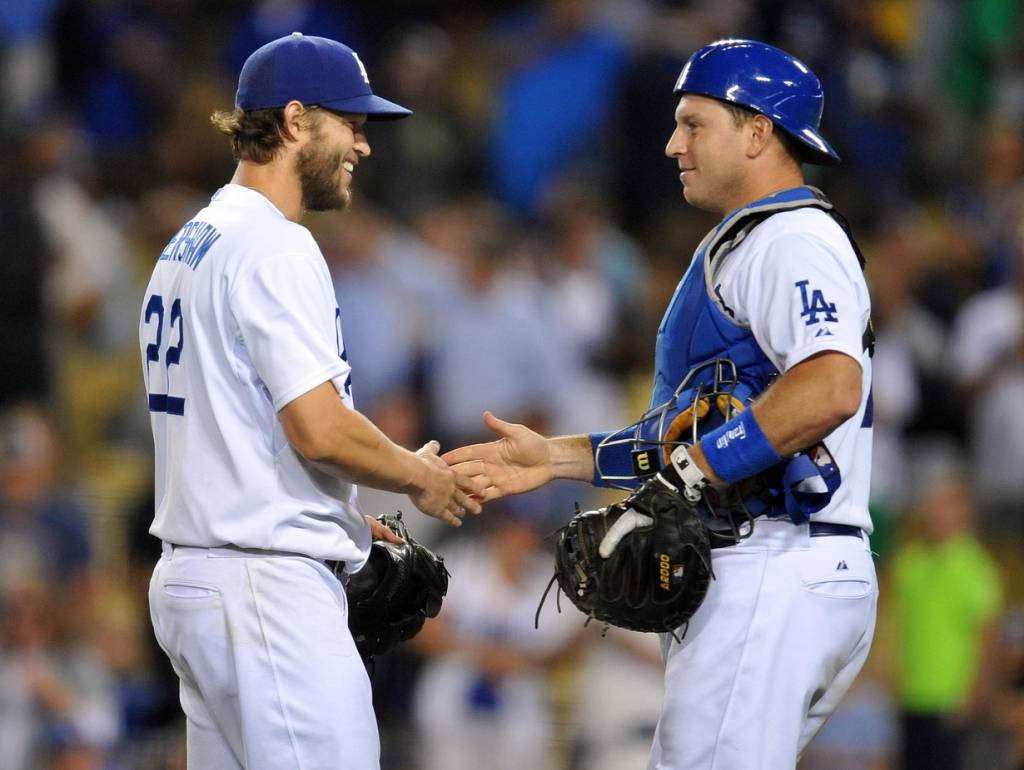 AJ Ellis is the guy who catches Clayton Kershaw. That’s what he does. But he’s not going to be able to do that anymore – unless the Phillies trade for Kershaw… hmmmm – because Ellis is coming to Philly.

The L.A. Times’ Andy McCullough described the scene as told to him by the outgoing Dodgers catcher of when Kershaw found out about the trade. It actually makes me feel feelings and stuff.

AJ Ellis: "It's a really sad day for me," and added the trade "rips your heart out." He looks crushed. Absolutely crushed.

AJ Ellis met with Clayton Kershaw in the dugout. He said was "absolutely devastated" to know he would never catch Kershaw again.

Ellis described Kershaw as "shocked" by the trade. The two men wept together, he said.

AJ Ellis cited Justin Turner as the team's new leader, and "the voice" of the club.

I’m sure Ellis will get some shit for that, but I can’t blame the guy. They’re best friends on and off the field, and that has to be an emotional time for them, especially considering the Dodgers have a very real chance at making the World Series this year.

It sounds like Ellis was quite the clubhouse leader, which should be good news for the young guys that are currently on the Phillies. He clearly had a close relationship with the best pitcher in Major League Baseball and hopefully he’ll instill that type of confidence and build relationships with the pitchers currently on the staff and in the minors. While we’ll all miss Chooch, it sounds like we’re getting the same kind of character back.