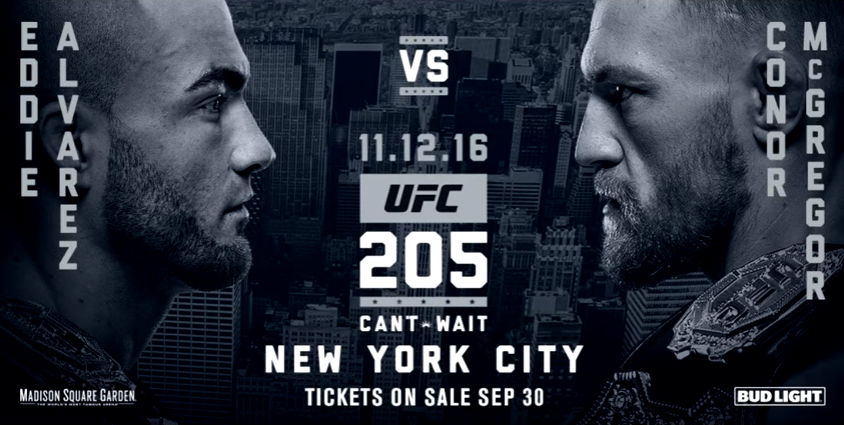 UFC 205, which takes place on November 12 from Madison Square Garden in New York City, has its marquee matchup. Last night, Dana White confirmed Kensington’s own Eddie Alvarez will defend his UFC Lightweight Title against Conor McGregor at the event, putting an end to weeks, even months, of speculation.

McGregor, the current UFC Featherweight Champion, will get an opportunity to hold two titles in two separate weight classes for the first time in UFC history. McGregor’s featherweight title won’t be on the line.

It’ll be UFC’s first event in New York City, and it will boast not only McGregor-Alvarez, but also Woodley-Thompson for the Welterweight Championship and Jedrzejcyzk-Kowalkiewicz [say that three times fast] for the Strawweight Championship.

There will be a UFC 205 press conference later today, so we’ll have more on this fight with a local flavor later.