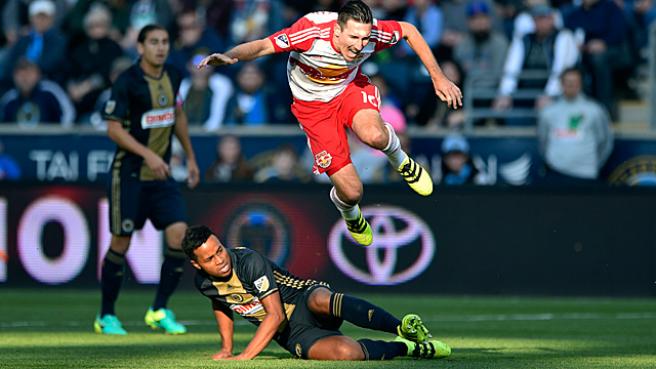 While most eyeballs were glued to the Eagles-Vikings postgame festivities, the Philadelphia Union hosted the New York Red Bulls at Talon Energy Stadium on Sunday night in their regular season finale. The Union had win-and-in scenarios in its penultimate regular season contest as well as Sunday’s battle against the Red Bulls. Due to an upset victory in other MLS action last week, the Union was virtually guaranteed a playoff spot regardless of today’s outcome, as I outlined Saturday.

Despite losing 2-0 to the Red Bulls in their final regular season game, the Union earned their second-ever playoff berth in the MLS playoffs. While they qualified for the playoffs, the Union are struggling big time as they head into their Wednesday night playoff tilt. The club hasn’t won in seven contests and has lost its last three matches. Its last win was a 2-0 triumph over Sporting Kansas City back on August 27. That’s when Sam Bradford was still your Eagles starting quarterback.

The Union finish the 2016 regular season with an 11-14-9 record and in a tie for the sixth an final playoff spot in the Eastern Conference with the New England Revolution as both squads have 42 points. By virtue of the second tiebreaker, better goal differential, the Union go to the playoffs while the Revolution cleans out their locker room.

The Union is set to face Toronto FC at BMO Field on Wednesday at 7:30 P.M. in a win-or-go-home battle. They’re 0-1-1 against Toronto FC so far this season.

Check out the full MLS Playoff Bracket below, courtesy of MLS. 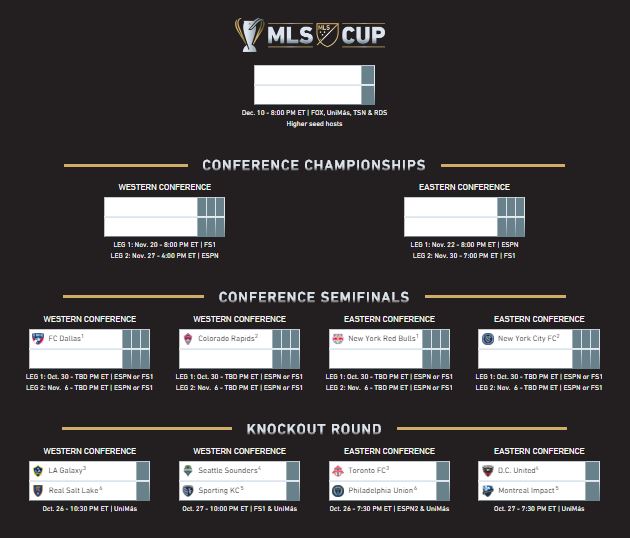