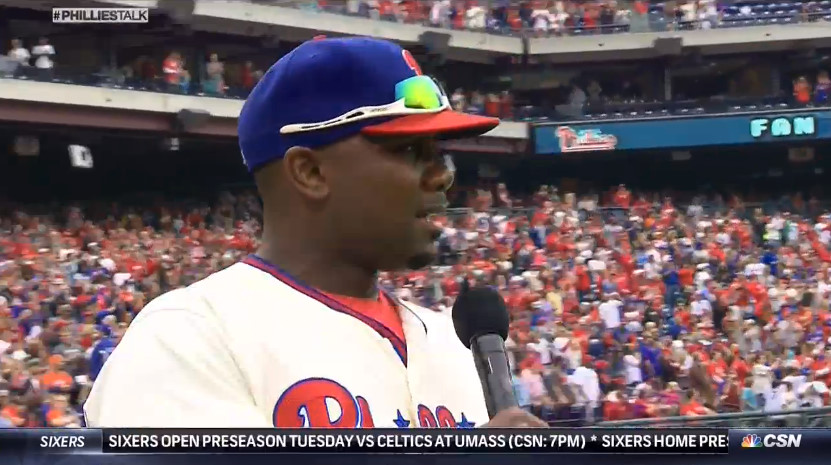 Ryan Howard said goodbye to us today at Citizens Bank Park before the season finale against the New York Mets. Here are some videos:

The Phillies also Periscope’d the ceremony.