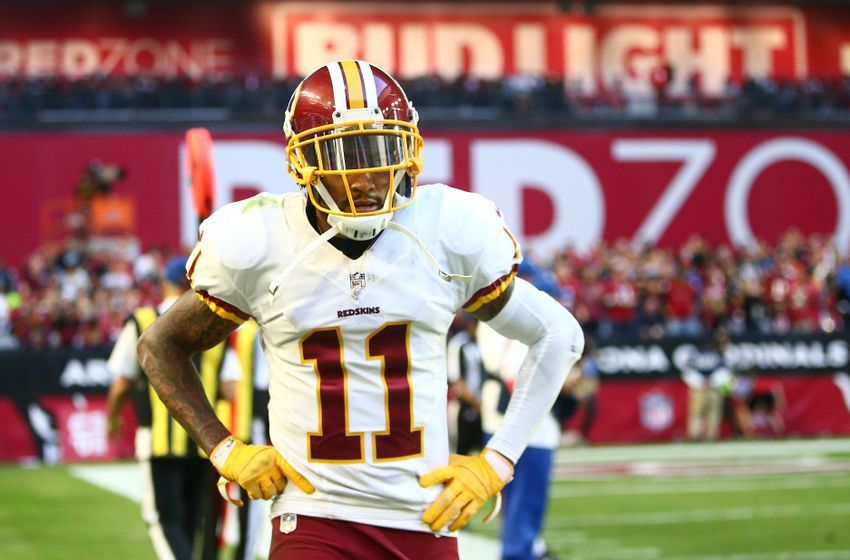 We’ve heard how Philadelphia has reacted to the DeSean Jackson homecoming rumors, but how is the Washington D.C. area acting toward Jackson’s looming free agency?

CSN Washington and former Eagles’ kickoff and punt returner Brian Mitchell joined the WIP Morning Show Thursday to give his thoughts on the Jackson rumors from a D.C. perspective.

Nobody’s thinking about it much. They understand you got both DeSean and Pierre that are free agents after this year and everybody’s thinking that one of them will be gone.

When former Eagles’ head coach Chip Kelly decided to cut Jackson, he stated that his off-the-field issues weren’t the reason why he made that decision. It was because the Eagles “wanted to get bigger” at the wide receiver position. Although Kelly never admitted it, we know why Jackson was released.

Mitchell, however, explained that there’s been no issues with Jackson so far in Washington.

There’s been no issues with him. He gets frustrated when he’s not getting the ball, but he hasn’t really caused any issues. When he’s on the field and they throw him the actual football, he’s open most of the time. A lot of times early in the season, Kirk Cousins was missing him, but lately every time they go to him deep he gets a big pass and opens the game wide open.

Mitchell also made sure to sneak a couple jabs in at Kelly in the interview.

I don’t understand why he every had to leave Philadelphia to be honest with you … I didn’t think Chip Kelly knew what he was doing then and I don’t think he knows what he’s doing in San Francisco. That was a playmaker. He and LeSean McCoy were two guys that there’s no way possible you should’ve let those two guys go.