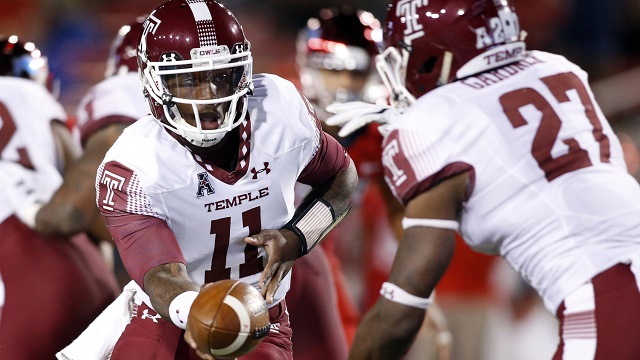 According to Marc Narducci of philly.com, the Temple Owls will play in the Military Bowl, who cites a source close to the team.

Temple’s opponent in the bowl game is still unknown at this time, however, it will be a squad from the ACC. Early reports are that it could be either Wake Forest or North Carolina State.

ESPN’s bowl projections, which were updated into the night following yesterday’s slate of games, has Temple battling NC State in the game.

The Military Bowl is set for Dec. 27 at 3:30pm on ESPN at Navy-Marine Corps Memorial Stadium, the same place where the Owls won the AAC title yesterday.