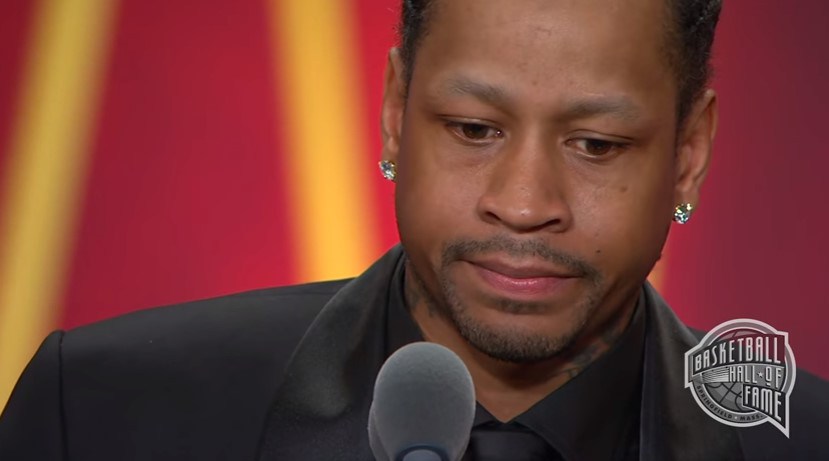 2016 was the end of anything remaining of the 2008 Philadelphia Phillies World Series team. Ryan Howard finished the year out with the club, but Carlos Ruiz was traded to the Los Angeles Dodgers. And we all wept.

RELATED | Say Goodbye to Chooch, He’s Been Traded to the Dodgers

There were a lot of people wondering why Jim Thome got the Phillies’ Wall of Fame treatment because he was only here such a short time. I promptly ignored all that bullshit and watched the pregame festivities because I love Thome. I then watched the Phillies game – I know – and something awesome happened. The 19th best thing to happen in Philly sports this year, as a matter of fact.

And, yes, we’re all going to miss the hell out of Howard, too.

18. Allen Iverson inducted into the Basketball Hall of Fame | September 9, 2016

Allen loves us. He really loves us. And we love him. And 2016 may have been the year our love for each other really played out in the national eye. Iverson has made numerous appearances at Sixers games, and was inducted into the Basketball Hall of Fame. And I dare you to not get emotional while watching his speech.

RELATED | Exclusive: Allen Iverson Talks about the Hall of Fame, Ben Simmons and His Sixers Boat

Yeah, Penn State’s main campus is located hours away in State College, PA, but the turnaround from their early season woes into a Big Ten Champion was quite newsworthy. James Franklin was public enemy number one after the Nittany Lions lost to both Pittsburgh and Michigan in the first four weeks of the season. But after the loss to Michigan, Penn State ran the table to a Big Ten championship victory over Wisconsin, after being down 28-7, and 28-14 at halftime.

The Nittany Lions will play the USC Trojans on Monday, January 2nd at the Rose Bowl.