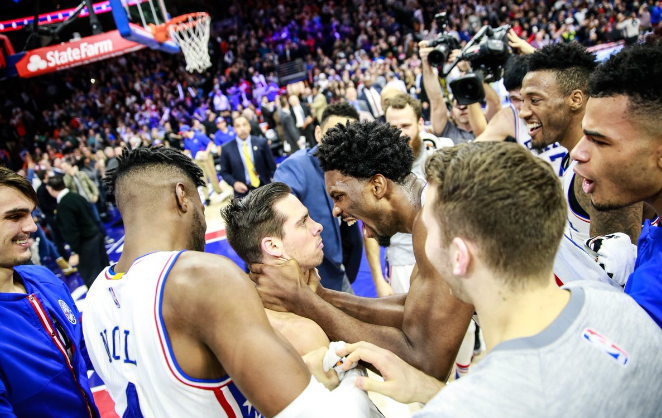 JOEL EMBIID AT WRESTLEMANIA!? IT COULD HAPPEN!? No. No, the Sixers are playing Toronto that night.

BUT THIS IS STILL AWESOME!

Embiid tweeted the COO of WWE (yes, he’s the legit COO in real life) earlier today about learning about grabbing TJ McConnell by the throat (lovingly!) by watching Triple H and asked if WWE was ready for him.

I learned this by watching you, @TripleH

Is the @WWE ready for The Process?

WWE’s COO replied to Embiid, and gave him a vote of confidence for the NBA All-Star Game.

To play the game you gotta go through The Process … #NBAVote https://t.co/PzD3Qa46H6

There’s no way Embiid doesn’t head to New Orleans now. RIGHT!? [For the NBA All-Star Game. This year. Not WrestleMania next year. BUT WHAT IF]