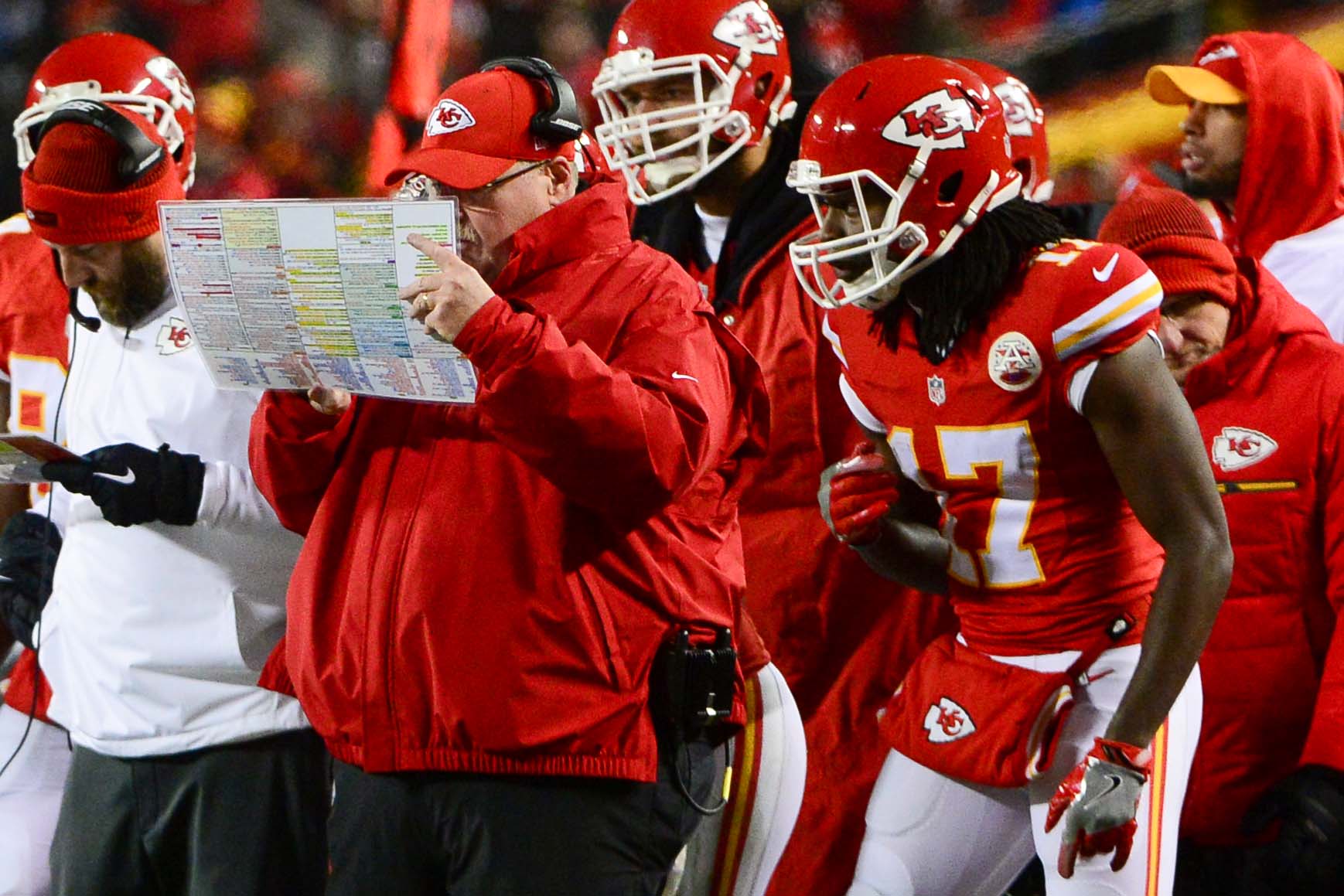 Andy Reid and his Kansas City Chiefs fell Sunday night to the Pittsburgh Steelers. Some in Philadelphia rejoiced at yet another Andy Reid coached team falling flat on its face. While I’ll admit there’s a tinge of joy because of how the national media portrayed Philadelphia fans as ill-informed for chasing Reid out of town, I actually like Andy. But I do realize that this loss was solely on him, at least in my mind. Pundits nationwide, and really any informed football person, knows that the gameplan for Kansas City last night should have been to play clock control football and keep the Steelers’ powerful offense off of the field.

The Steelers held the ball for nearly ten minutes more than Kansas City. That’s because the Chiefs’ gameplan was not in line with what made sense for this game.  Can anyone say that they’re honestly surprised by that? One of the biggest knocks on Andy from Philadelphia fans was his tendency to let his pass/run disparity get exceedingly out of hand. This was a trait we saw last year with Reid protégé Doug Pederson as well.

“Bad Andy” was in full effect Sunday night. Including Alex Smith’s runs, the Chiefs ran the ball 14 times. They threw the ball a staggering 34 times. Now, 34 isn’t a huge number in today’s NFL, but compared to 14 runs in a game that they never trailed by more than eight, that is fairly surprising. The Chiefs finished 12-4 this year. They won 75% of their games in 2016 and they did that by passing the ball roughly 57% of the time. Sunday night, they threw the ball just short of 71% of the time.

I went back and studied Reid’s tendencies in the postseason in his wins and his losses in his Philadelphia and Kansas City tenures. A run by the quarterback, even if a scramble from a called pass, is considered a run for the purposes of this comparison. I also did not include quarterback sacks on drop backs as pass plays. The charts used only attempts in each category. I also wanted to take a look at the biggest deficit he faced in any playoff games in that particular season. Obviously, when there is a big deficit one is forced to pass more often to try to pick up chunks in a hurry. Here is a look at his year by year stats in Philadelphia in his playoff wins.

Now as you can see in the ten wins in his Eagles career Andy had, while not quite a 50/50 pass/run split, it was pretty close, passing only 54% of the time in his playoff wins. In only one playoff season did his passing balance in his wins go over 60%. In that case it was one win, and in that game it was if not necessitated, at least understandable given that there was a 14 point deficit at one point in the game. Now let’s take a look at the losses.

Here you see that Reid passed over 67% of the time in his losses. And you could make the case that he had to pass more because he was losing. But let’s look a little closer at that. In 2004 in their loss they trailed by no more than 10 and threw the ball an insane 75% of the time. In the chart above they had a win where they crept just over 60% and trailed by four more points. The fact is that Reid loves to pass and when he lets that tendency get out of control his teams tend to suffer. Let’s see what happened in Kansas City.

Reid has only one win in his Chiefs playoff tenure. He ran less than 40% of the time in that game. The Chiefs won 30-0. Again, one could make the case that they ran more because they never trailed, but you could also argue that they never trailed because they ran more. There is no question that Andy Reid teams have more success the less he passes.

This includes his dreadful gameplan Sunday night. Now, keep in mind that in the first game he passed nearly 60% of the time in a game that they never trailed by more than 1 point and that came with just over 4 minutes left in the game. That game they had a lead of 28 points just after the start of the second half. But there was Reid, still heaving the ball, passing 23 times against 10 runs after building a 28-point lead!

Against the Steelers, Reid’s team never trailed by more than eight points. Yet, he still threw the ball 34 times and ran it only 14. That’s negligent. Look, Reid is a heck of a football coach, and a guy who can get the most out of his players. His guys would run through the proverbial wall for him. I have the utmost respect for his ability to lead men. I do not respect his ability to manage a clock or create a gameplan, particularly in the postseason. If Reid ever wants to be a Super Bowl winning coach, he’s going to need to cede the playcalling duties to someone with the ability to show restraint and avoid the massive disparity between the pass and run. He likely won’t ever do that, and until he does, he’ll always be a good coach, and never a great one.