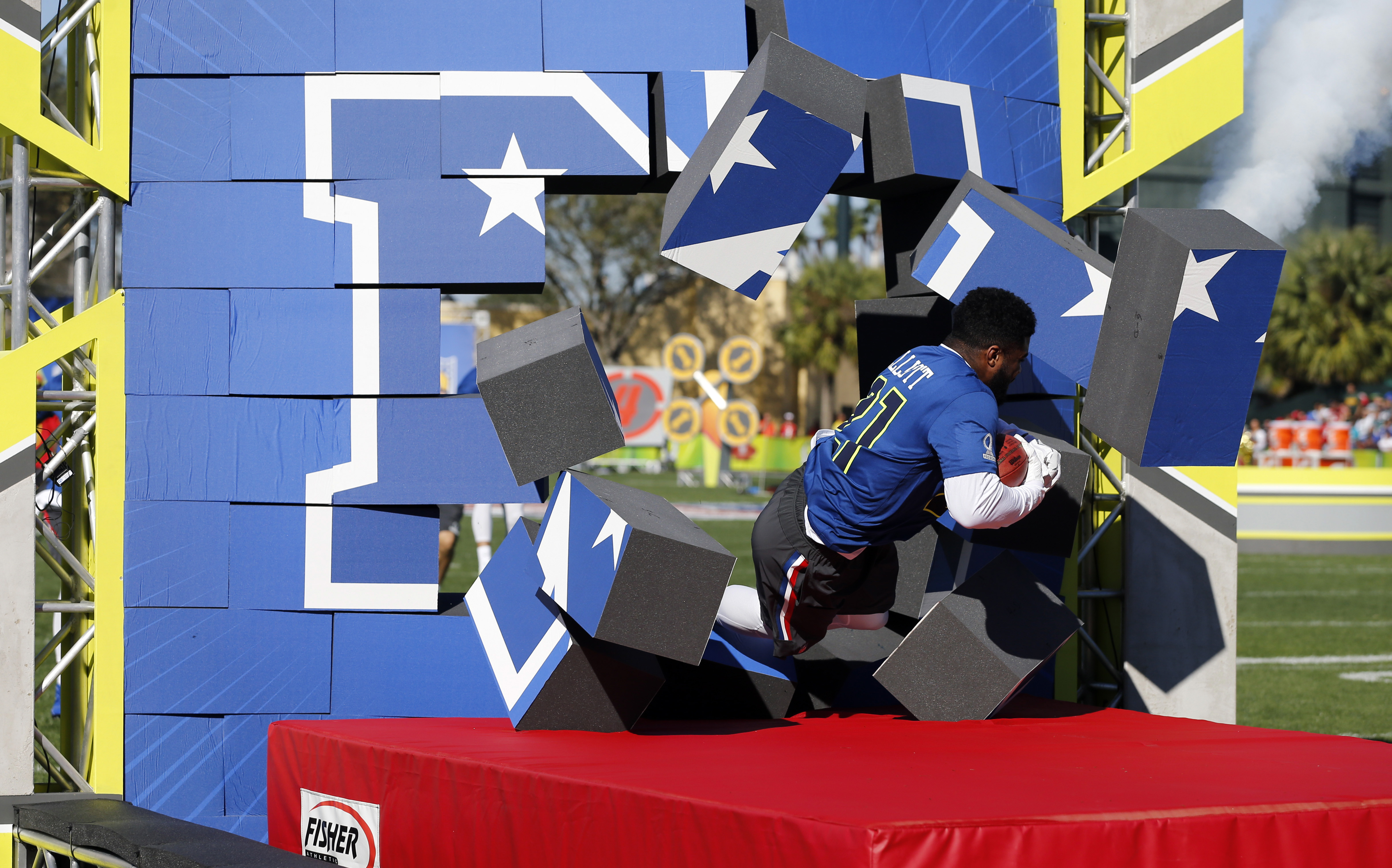 A cursory glance at the stats shows that Manning didn’t drop as much as you might think. But make no mistake, the New York Giants’ signal caller didn’t have statistics to match the G-Men’s playoff record. Manning threw for over 400 fewer yards, nine fewer touchdowns and two more interceptions. His overall rating dropped by over seven points. Manning had his worst season in Ben McAdoo’s offense in a season where he should have it mastered. We saw what the second year in Kyle Shanahan’s offense did for league MVP Matt Ryan. In his third year with McAdoo, I expected more from Manning and got less.

I don’t think there are many players who raised their game across the league like Collins. It wasn’t just in the statistics, though they were impressive. It was in his whole style of play. Collins went from being a player to being a playmaker. He was a player on the defensive side of the ball that you had to gameplan against. Collins leapt from 112 total tackles in his rookie year to 125 in year two. He also added four sacks in year two after having none in year one and went from one interception to five. His zig-zagging touchdown was one of the highlights of the NFL season. He led all safeties in solo tackles and was second only to Johnathan Cyprien in total tackles. He led his position in sacks, and was only one behind Quinton Demps for the lead in interceptions. What an all-around playmaker Collins was in 2017.

Elliott led all running backs in yards per game, was second to Jordan Howard in yards per carry (over 150 carries), he finished third behind only LeGarrette Blount and David Johnson in touchdowns. He did all this in only 15 games and as a rookie. He also caught 80% of his targets and was every bit the aerial threat that Tevin Coleman was for Atlanta. He was the best rookie in the division, the best rookie in the league (the voters got it wrong with Dak Prescott) and in the conversation with Johnson as the best running back in the game. He’s a freak athlete and an absolute beast.

After a slow start, Beckham finished with almost 1,400 yards and reached double digits in touchdowns again. He accounted for over 1/3 of Eli Manning’s touchdowns and yards. He was one of the best receivers in the league for the third straight year.

It’s hard to use more superlatives than I did in the Most Improved section for Collins. But the fact is that beyond the stats Collins was a difference maker this year. There are not many difference makers in the league in the secondary, but Collins has become one in only his second year. He’s a tremendous combination of size, speed and instinct and that package put up tremendous numbers in 2016, and those numbers translated into a playoff berth for the Giants.

Rookie of the Year – Ezekiel Elliott

He had one of the finest rookie campaigns for a runner in NFL history. He ran for the third most yards of any rookie in NFL history, and he did it, again, in only 15 games. He trails only George Rogers and Eric Dickerson in that respect. We all knew that when Adrian Peterson arrived on the scene that he was a special player. Elliott is in that same class. He’s going to be a generational talent and he carried the Cowboys to a division title and top seed in the NFC.

You could have made a case for Prescott for Rookie of the Year or this award but at the end of the day Elliott was the engine that made the Cowboys’ purr all season long. His rookie season compares to or exceeds that of the all-time greats at the position. Dak had a nice and efficient season. There was one game-breaking player on that Cowboys team as a rookie this year and it wasn’t Prescott.

Prescott had a tremendous rookie campaign; I just don’t think it was anywhere near as impactful in the grand scheme as Elliott. Prescott managed games early on while Elliott dominated them. You could argue that towards the end of the year they were of near equal importance, but for the entirety of the season Elliott wins hands down.

It’s not difficult to see that when you watch the game that Prescott is wise beyond his years and a tremendously talented quarterback.

Often the MVP award doesn’t actually go to the most valuable player. It goes to the best offensive player on the best team in the league. In this case those two things are one in the same. Elliott was a rookie who broke ground and gained ground.

It’s not difficult to see that Ezekiel Elliott is one of the finest talents in the entire league at any position. The Cowboys may well have sunk with a lesser signal caller than Prescott at the helm when Romo went down.

But they never would have soared without Elliott.

The stats weren’t hollow stats, Elliott put his team on his back and that’s why he’s the 2016 NFC East Most Valuable Player.