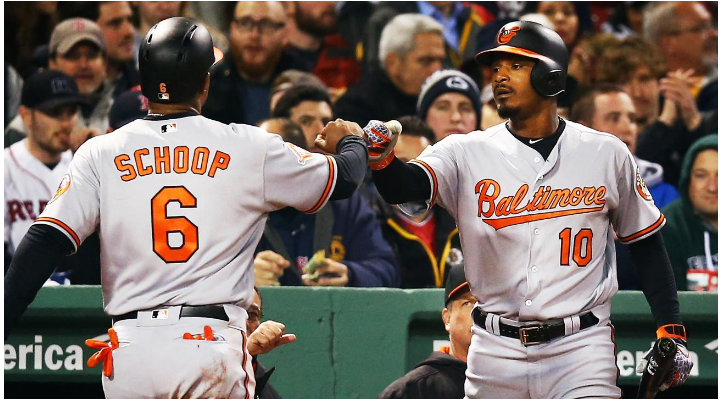 This time, it wasn’t Philadelphia. This time, it wasn’t our fan base. This time, it was someone else. Unfortunately, in today’s society there is always that person who doesn’t agree with a land free of prejudice and continues to beat to their own drum. Is there anything wrong with having your own beliefs and ideologies? Absolutely not! However, when those thoughts and theories become hurtful acts of bigotry, those beliefs become instantly ingenuous.

For All-Star centerfielder Adam Jones, Monday night was just supposed to be another night to don the Baltimore Orioles colors and enjoy a competitive baseball game in the historic confines of Fenway Park. Instead he was treated to a resounding barrage of verbal assaults that no one should have to experience, no matter what the situation is at hand. Baseball is a competitive game and the city of Boston has a very passionate fan base.  However, this still doesn’t give them the right to directly signal out one of the opposing players and bash them like it’s 1950.

The following is an account of the incident directly from Jones himself:

“A disrespectful person threw a bag of peanuts at me and I got called the ‘N’ word a handful of times,” Jones said following the Orioles’ 5-2 victory over the Red Sox. “It was pretty awesome out there. Just part of the job, right? That’s one of the worst nights. It’s very unfortunate to be honest with you. I heard there were 50-60 ejections tonight in the ballpark. It is what it is. I just go out and try to play baseball.

“It’s unfortunate that people need to resort to those type of epitaphs to degrade another human being. I’m out there trying to make a living for myself and my family. The best thing about myself is that I know how to move on and still play the game hard and let people be who they are and let them show their true colors.”

The following statement was issued from the Red Sox:

Boston Red Sox president Sam Kennedy issued a statement Tuesday morning in response to the incident: “The Red Sox want to publicly apologize to Adam Jones and the entire Orioles organization for what occurred at Fenway Park Monday night. No player should have an object thrown at him on the playing field, nor be subjected to any kind of racism at Fenway Park. The Red Sox have zero tolerance for such inexcusable behavior, and our entire organization and our fans are sickened by the conduct of an ignorant few. Such conduct should be reported immediately to Red Sox security, and any spectator behaving in this manner forfeits his/her right to remain in the ballpark, and may be subject to further action. Our review of last night’s events is ongoing.”

Wake up, people! The rules of segregation and acts of pure prejudice need to be put behind us. Do not let the acts of one group signify the actions of an entire society. For Jones, he has fallen victim to a section of the world that is still hidden in their basements with the fear of becoming an acting member of society.  He has every right to act out and respond to what he feels was a racial attack.

Even after the lessons learned from this incident, situations will continue to arise in the face of racism. It is a sheer reminder that no matter how hard we push it away, some irresponsible group or individual brings the topic right back into the national spotlight. The game of baseball is supposed to be the “national pastime” and a place where the cultural barrier doesn’t exist because of the late Jackie Robinson. Unfortunately, it seems as though it only takes a few beers and a bag of peanuts for it to shine once again!