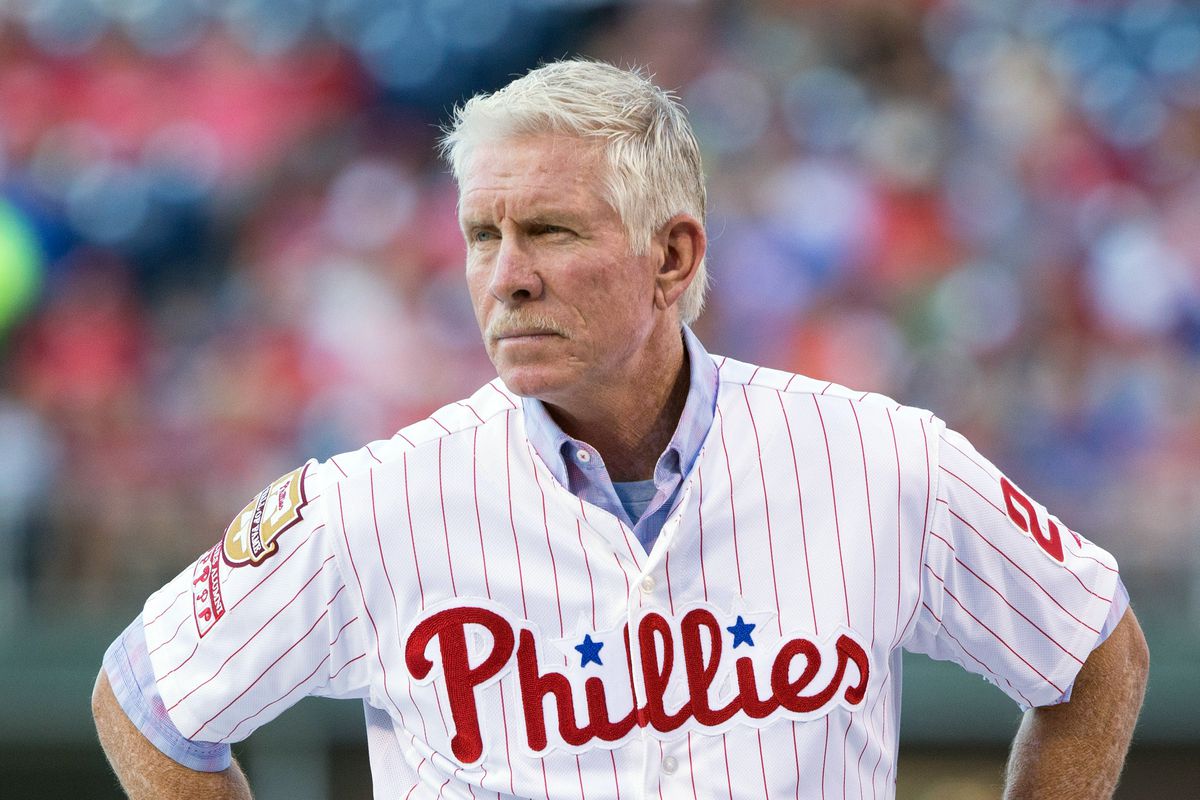 Mike Schmidt is a legend in Philadelphia, but his relationship with the Phillies’ fan base hasn’t always been so genuine. And after his comments today regarding Odubel Herrera, I’m not too sure he has gained many more fans, either.

Schmidt is a Hall of Fame third baseman who smacked 548 homers, won three National League MVP Awards and led his team to the 1980 World Series title. Unfortunately for him, he seems to be still stuck in the 1980s with his cynical views and ignorant comments.

Herrera was signed to a five- year contract extension in December, and was thought to be a corner piece of this Phillies team moving forward. He happens to be a Spanish-speaking player and was having a slow offensive start this year. When Schmidt was confronted with a few questions about his leadership qualities during an interview on the WIP Morning Show today, this was his unscripted response [courtesy of CBS Philly]:

“My honest answer to that would be no because of a couple of things. First of all, it’s a language barrier. Because of that, I think he can’t be a guy that would sort of sit in a circle with four, five American players and talk about the game. Or try and learn about the game or discuss the inner workings of the game. Or come over to a guy and say, ‘Man, you gotta run that ball out.’ Just can’t be — because of the language barrier — that kind of a player.”

“Odubel can be — you see what he’s doing the last three days [8-13, 6 2B, 2 HR, 8 RBIs] and we saw the inconsistency that dropped his batting average all the way down to the low .200’s prior to the last three games, and that’s really the first time we’ve seen that kind of inconsistency from him,” Schmidt said. “However, he’s more of a sort of, play the game, allow his exuberance for the game to kind of spread around the team. I think the fans love him. He’s not afraid to do things that sort of irk the other team if you will, and you know what that is. I probably would hate him if I played against him because of his antics on the field, but he’s not afraid. He’s not afraid to do that. He’s learning to play a really good center field. They haven’t figured out where he needs to hit in the batting order yet.

“To answer your question, those are the reasons that I don’t think you can build a team around him. Now, I truly think he can hit second or first on a championship team. There’s no question about that. But to build a team around a guy, he has to sprint every ball out like Chase Utley used to do, he has to be more of a, I wanna say, a friend – not that he’s not a friend, it’s hard to describe what I mean – the language barrier means a lot because his communication with his teammates is limited. I don’t think I’m disrespecting him by any means. But when you say build a team around somebody, you’re generally talking about a Roy Halladay, a Cliff Lee, a Mike Trout kind of player. Players that are automatic All-Stars every year.”

What? So, Schmidt wouldn’t build a team around guys like Roberto Clemente, just because English wasn’t his native language? David Ortiz? Miguel Cabrera? If Schmidt was in tune with today’s game, he would already know that its future belongs to players like Herrera. The Dominican Republic, as well as Venezuela, Puerto Rico and other Latin American countries continue to develop some of the best baseball players on the planet. Their style of play and excitement has not only changed the game, but will carry the torch for many years to come.

Poor logic, Mr. Schmidt. I’d have to think he won’t be representing the Phillies at any golf outings in the near future! For what it’s worth, Odubel Herrera does, in fact, speak English.

I mean, yeah, Herrera has struggled this year and just recently put together a very impressive string of games. But he was one of the most exciting players on the Phillies last season and there’s no reason to think he won’t be that same player this season. Why not build around him?